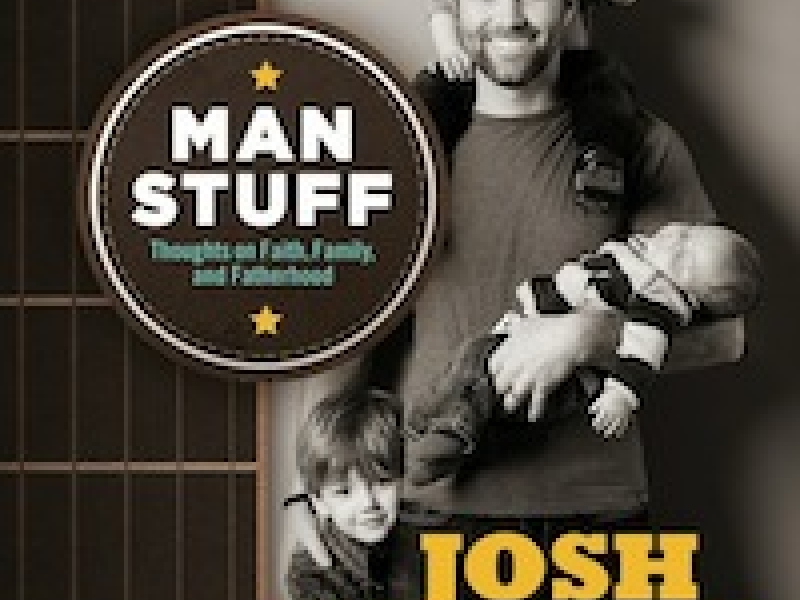 NASHVILLE TENN. (Nov.10 2014) -- Country music superstar Josh Turner’s first book Man Stuff: Thoughts on Faith Family and Fatherhood is now available at all 633 Cracker Barrel Old Country Store® locations. The fan-favorite book features a variety of stories and anecdotes from Turner’s life often revealing a lesson or piece of advice that the singer/songwriter learned. Focusing on his Christian faith each of the chapters begins with a scripture verse that relates to the stories being told. As a husband son brother friend and father of four boys Turner has had a multitude of experiences which he shares with the readers.

"I was thrilled to hear about Cracker Barrel® wanting to carry Man Stuff” said Turner. “We’ve had a lot of fun over the past several years. I partnered with Cracker Barrel for the release of my two live albums and they’ve come out on the road with me as my tour sponsor a couple of times. They are good friends and great partners and I am excited to have another project with them.”

Turner recently released his brand new song “Lay Low” to country radio. “Lay Low” is the lead single off his upcoming sixth studio album due out in early 2015 on MCA Records.

About Josh Turner
MCA Nashville recording artist Josh Turner is one of country music’s most successful artists. With a rich deep voice and distinctive style Turner has sold more than five million albums is a disciple of traditional country music a mentor to up-and-coming artists —and one of the youngest members of the Grand Ole Opry. From his 2003 Platinum-selling debut Long Black Train to his most recent 2012 Billboard No. 1 release Punching Bag Turner has received six Inspirational Country Music Awards and garnered multiple GRAMMY CMA and ACM nominations. Turner’s hits include “Your Man” “Time Is Love” “Why Don’t We Just Dance” “Firecracker” “Would You Go with Me” and more.

This year Turner added author to his list of accomplishments. His first book Man Stuff: Thoughts on Faith Family and Fatherhood was released April 29 2014 and his sixth studio album is expected to follow early next year. The Hannah S.C. native has been songwriting and performing since he was a young child and in support of music education created The Josh Turner Scholarship Fund to assist students interested in pursuing a future in arts and music. As a high school student Turner had very little access to music education therefore realizes first-hand the importance of arts education in schools. For more information on Josh Turner including a list of his upcoming tour dates visit www.JoshTurner.com.

About Cracker Barrel Old Country Store
Cracker Barrel Old Country Store Inc. provides a friendly home-away-from-home in its old country stores and restaurants. Guests are cared for like family while relaxing and enjoying real home-style food and shopping that’s surprisingly unique genuinely fun and reminiscent of America’s country heritage…all at a fair price. The restaurant serves up delicious home-style country food such as meatloaf and homemade chicken n’ dumplins as well as its made-from-scratch biscuits using an old family recipe. The authentic old country retail store is fun to shop and offers unique gifts and self-indulgences.