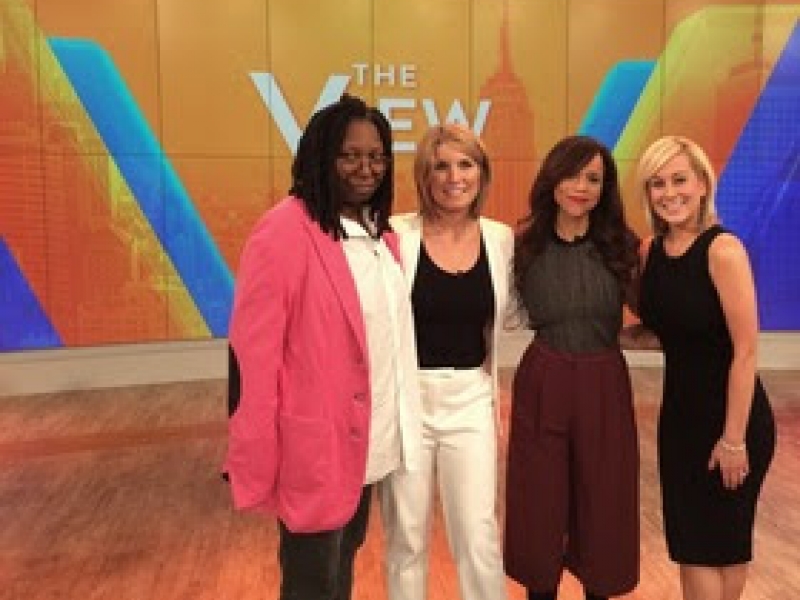 The 28-year-old North Carolina native also performs on the show singing “Selma Drye” from her 2013 critically-acclaimed album The Woman I Am. The high-energy song is about her irrepressible great-grandmother. The appearance caps a busy month for Pickler who appeared on "The Queen Latifah Show" performed at the 2014 USO Gala saw the release of the VeggieTales animated film “Beauty and the Beet” in which she voices lead character Mirabelle and performed the half-time show at a recent NFL Charlotte Panthers football game among several other appearances.

To learn more about Kellie Pickler visit kelliepickler.com. Follow her on Facebook at www.facebook.com/KelliePickler and on Twitter at @KelliePickler. For more information about the view visit www.abc.com.

Kellie Pickler grew up immersed in country music in the small town of Albemarle North Carolina with the words of Tammy Wynette Patsy Cline Loretta Lynn and Dolly Parton shaping her musical direction. At the age of 19 she gained fame as a contestant on the fifth season of “American Idol.” In 2006 she signed with 19 Recordings/BNA Records and released her debut album Small Town Girl which has gone on to sell more than 900000 copies worldwide and produce three hit singles: “Red High Heels” “I Wonder” and “Things That Never Cross a Man’s Mind.” She followed that in 2008 with her self-titled sophomore record featuring country radio hits “Don’t You Know You’re Beautiful” “Best Days of Your Life” (co-written with Taylor Swift and her first Top 10) and “Didn’t You Know How Much I Loved You.” Having established herself as not only a powerful vocalist but also a songwriter Pickler released her third studio album 100 Proof in 2011 to huge critical acclaim. The album was named the No. 1 Country Album of The Year by Rolling Stone and was listed on “Best of 2012” lists by Washington Post Rhapsody AOL’s The Boot and more. In spring of 2013 Pickler partnered with dance coach Derek Hough and won the Mirror Ball Trophy on “Dancing with the Stars.” On Nov. 11 2013 Pickler released her new album The Woman I Am on her new label home Black River Entertainment. She co-wrote three songs on the album including the title cut. Pickler is also an avid supporter of the U.S. military having recently completed her seventh USO Tour in December 2013.