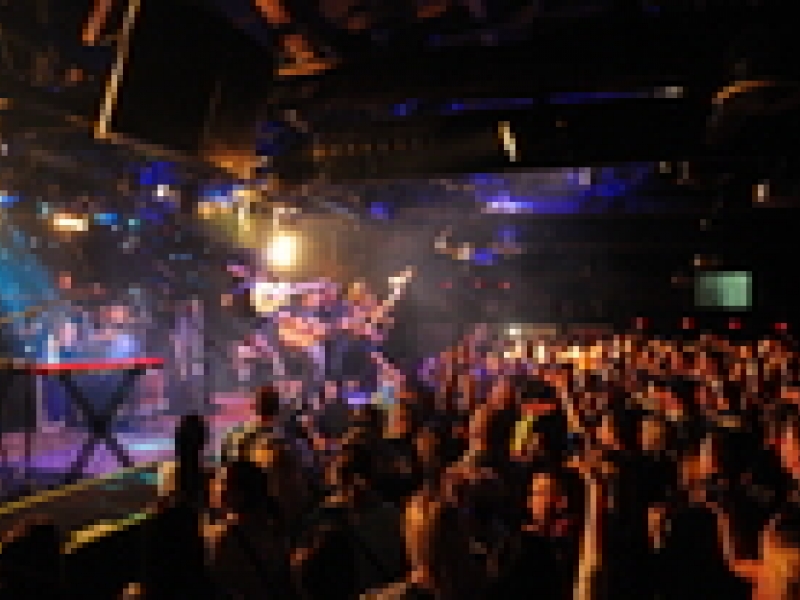 NASHVILLE Tenn. – (March 16 2015) –RCA Nashville’s Old Dominion knew they would need to bring their A-game to shows this summer as a guest on The Big Revival stadium tour with Kenny Chesney so they wasted no time in preparation. In just one week Old Dominion played to packed houses at Rome Ga.’s Brewhouse Music & Grill and Chicago’s Joe’s Bar. Come April they will play two back-to-back sold out shows at Joe’s Pub in New York.

“It’s already been a wild year and we haven't even really started yet” says Old Dominion frontman Matt Ramsey. “Our fans are incredible- they are the reason 'Break Up With Him' was No. 1 for six weeks on SiriusXM's 'The Highway.' We can really feel that fan base growing at every show and we are having fun trying out some new material on them as we are picking songs for a full album. Add to that our new deal with RCA and touring with Kenny Chesney all summer- it really feels like big things are coming!”

“Break Up With Him” is currently climbing the Billboard Hot Country Songs chart and is the first song the entire band –consisting of Ramsey Trevor Rosen Whit Sellers Geoff Sprung and Brad Tursi -- wrote together.

The country rock outfit will head out on the road with Chesney to open for all 18 stadium dates beginning May 2 2015 at Levi’s Stadium in Santa Clara Ca. Until then the band is honing their set list and getting their fans revved up with headlining shows as well as select dates with Eli Young Band and Brett Eldredge.

About Old Dominion
RCA Nashville recording act Old Dominion has been writing songs and honing its live show in Music City for 10 years. While many of the group’s songs have been recorded by top artists including Kenny Chesney Keith Urban Luke Bryan The Band Perry Chris Young and more the group is currently focused on performing its own brand of country stripped down and raw but muscular enough to fit in on today’s country radio. New single “Break Up With Him” is currently at Country radio. The band released its Shane McAnally-produced self-titled EP last fall and is scheduled to join Chesney’s The Big Revival stadium tour this summer.