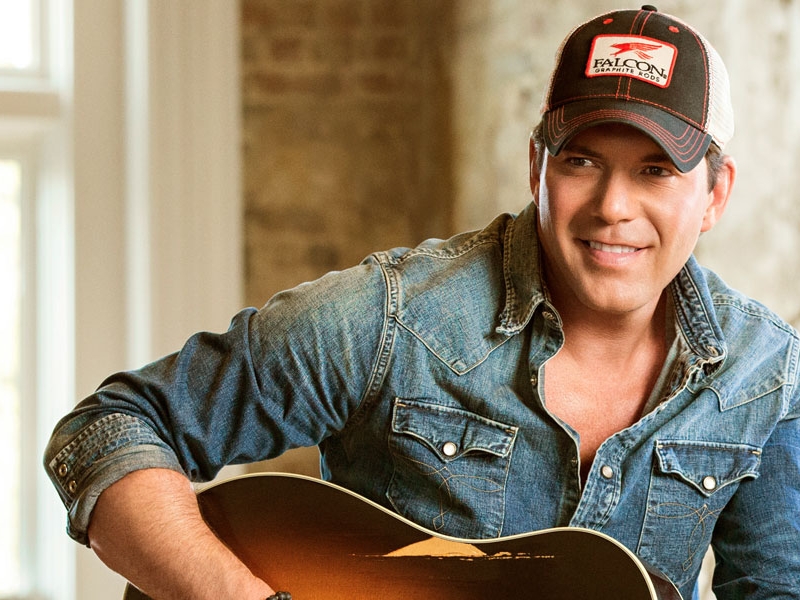 Tuesday, May 17, 2016 - 9:30am
NASHVILLE, Tenn. (May 17, 2016) – “Consistently entertaining” (People) and six-time chart-topping country artist Rodney Atkins will host his sixth annual “Music City Gives Back” concert on Tuesday, June 7, unofficially kicking off a week of country music festivities in Nashville ahead of the CMT Music Awards and CMA Music Festival. The star-studded event, which benefits W.O. Smith Music School, will be take place near 5th Avenue and Demonbreun Street in downtown Nashville and will feature performances by Atkins, Craig Campbell,LANco, Canaan Smith and headliner Dustin Lynch.

“This is hands-down one of my favorite events to do every year,” said Atkins. “We started it as a way to help our friends and neighbors in the community who were affected by the huge flood in 2010, and it just keeps growing every year and has become a fun way for us to support some of the great organizations we have in Nashville like the W.O. Smith Music School. I’m grateful to all the artists who are coming out to play with us this year – we’re going to have a good time!”

The concert is free to the public and performances will kick off at 6:00 p.m. Select artists will also be available to sign autographs in the free, no-ticket-required sponsor activation area from 10:00 a.m. to 6:00 p.m.where guests can have a drink, play cornhole and more.

Carl Black Chevrolet, Wrangler and Ally are returning for the sixth year as presenting sponsors for Music City Gives Back. Carl Black Chevrolet will stream the show live on CarlBlackRadio.com and Wrangler will cover the show on WranglerNetwork.com, a first-of-its-kind mobile and online destination for all Western lifestyle content. Fans can also access unique behind-the-scenes footage captured during the Music City Gives Back concert by visiting WranglerNetwork.com/mcgb.

About Rodney Atkins
Rodney Atkins is an award-winning country music singer/songwriter whose six chart- topping hits include “Take A Back Road,” “It’s America,” “Cleaning This Gun (Come On In Boy),” “These Are My People,” “Watching You” and “If You’re Going Through Hell (Before the Devil Even Knows).” His fourth studio album, Take A Back Road, yielded Atkins’ fastest-rising single to date with the title track. He released his latest album, Rodney Atkins - Greatest Hits, via Curb Records in 2015 and is currently working on new music for a forthcoming album. For more information and the latest updates, visit www.RodneyAtkins.com or follow online @RodneyAtkins.

About Dustin Lynch
Since releasing his PLATINUM debut single, “Cowboys And Angels,” Lynch has catapulted onto the country music scene. Racking up over 53 million views on YouTube/VEVO, notching 106 million plus streams on Spotify, soaring to #1 on the MTV Music Meter and selling 3 million digital singles, he brings a fresh combination of traditional influences and edgy intensity to the genre. Producers Mickey Jack Cones, Brett Beavers and Luke Wooten showcase his progressive sound throughout his sophomore album, WHERE IT’S AT (Broken Bow Records), which delivered two consecutive #1 smashes – GOLD-certified “Hell Of A Night” and PLATINUM-certified “Where It’s At” – and the sultry, R&B influenced Top 5-and-rising “Mind Reader.” Debuting at #1 on the iTunes Country Albums Chart upon release, the album has tallied over 1 million tracks sold to date. Fresh off his heavily pre-sold out, headline HELL OF A NIGHT Tour, Lynch is currently on the road with Luke Bryan’s 2016 KILL THE LIGHTS Tour, marking his second run as the superstar’s opener. With recent shout-outs from superstar Reba and CBS’ The Talkco-hosts, rave reviews continue to stack up for the high-energy performer with Rolling Stone coining Lynch as Luke Bryan's “possible heir apparent,” Billboard naming him one of the “Young Guns” leading Country music’s changing of the guard and FOX NEWS proclaiming him as country music’s “next big thing.” For information on Dustin Lynch, visit DustinLynchMusic.com.

With approximately $156.5 billion in assets as of March 31, 2016, Ally operates as a financial holding company. For more information, visit the Ally media site at http://media.ally.com or follow Ally on Twitter: @Ally

About Carl Black Chevrolet
Carl Black Chevrolet is one of General Motor’s top dealers with locations in Atlanta, Nashville and Orlando as well as online atwww.carlblack.com. CarlBlackRadio is an internet station available on the Tune In platform that features current singles, past hits, album cuts and live performances of top Country artists.