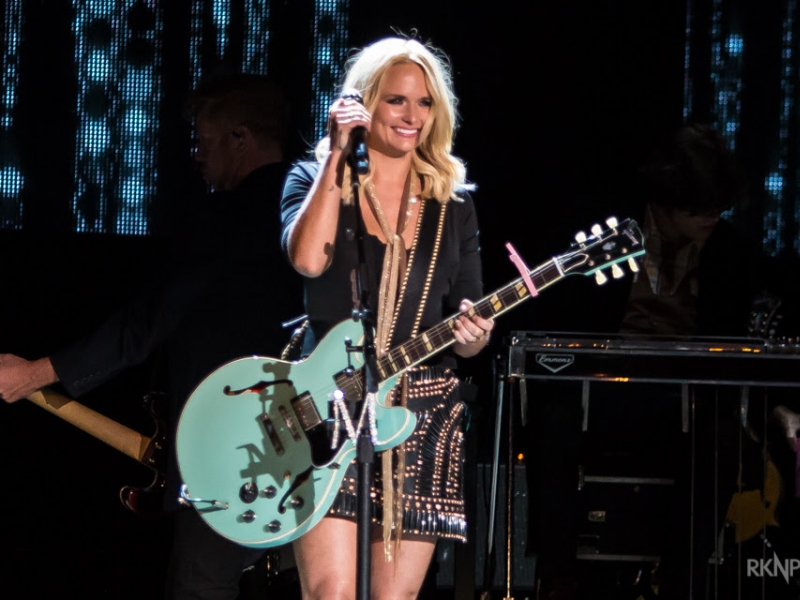 Monday, May 16, 2016 - 3:30pm
ST. LOUIS, Mo. (Monday, May 16, 2016) -- “The reigning queen of country music demonstrated why she wears the crown,” Amanda S. Amand of the St. Louis Post-Dispatch raved of Miranda Lambert’s Keeper of the Flame Tour opening set on Friday, May 13 at Hollywood Casino Amphitheatre in Maryland Heights, Mo. with openers Kip Moore and Brothers Osborne. Perhaps that’s why a storm rolled in just an hour into Lambert’s set, mother nature’s way of offsetting the heat radiating from the seven-time Female Vocalist of the Year’s first tour stop of the season.

“I am so ready!” Lambert shared with the packed house amidst her exhilarating 20-song set that included a few unexpected twists like covers of “Covered Wagon” (Danny O’Keefe), “Slow Ride” (Foghat) and “Willin’” (Little Feat), which received a rousing response from the crowd. Lambert also surprised fans with an jazz style cover of Ella Fitzgerald’s “Your Red Wagon” to lead into her fiery hit single, “Little Red Wagon.”

Supporting act, Kip Moore “… showcased the harder edged sound he is know for” with “His raspy voice perfect for the crossover sound his trying to achieve,” according to Sean Derrick for Examiner.com. ACM-nominated duo, Brothers Osborne also shared the stage to bring the crowd their hit single “Stay a Little Longer,” and others in the brothers’ easily recognizable style. “Singer T.J. Osborne’s full-throated baritone gets brilliant backing from John Osborne’s guitar,” praised the St. Louis Post-Dispatch, “and both shine on the rollicking number they closed with, ‘It Ain’t My Fault.’”

“The crowd’s energy was just incredible. I told them I could feel the rain making its way to the stage, but they didn’t leave,” Lambert said after the rain and chilly temperatures began whipping those seated in the lawn section outside the shed around 10:20 pm—just an hour into her set. With arsenal still remaining, if they were staying, so was she. “We were all soaked by the end of the night, but those nights are what I live for.” No one minded as they all clamored closer together celebrating a night of great music that ended just minutes before 11 p.m.