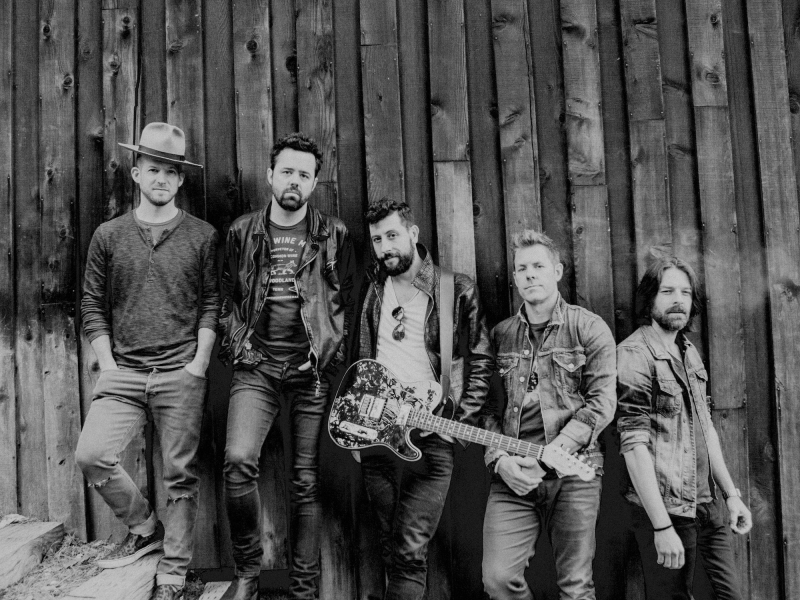 Indio, CALIF. (Tuesday, May 3, 2016) – The Press-Enterprise raved Old Dominion brought “fun summer vibes” and The Desert Sun noted Stagecoach-goers were “impressed by Old Dominion’s modern country” when the five-piece band made their debut on the Mane Stage at the 10thAnniversary of the festival May 1. But it was later that night that the enormity of the weekend sank in following a win for Breakthrough Group/Duo of the Year on the ACC Awards on FOX.

“When we started this band, winning awards never crossed our minds,” shares frontman Matthew Ramsey who, like his bandmates, have celebrated successes as songwriters before having hit records as a band. “We just wanted to make the best music we could. But winning this award really shows us that the years of work we have put into this are paying off in ways we never dreamed of. We owe so much to our families, our management team, our record label, country radio and our FANS for embracing what we do and making us feel at home in the country music family!”

The win follows on the heels of earlier 2016 award wins at the Academy of Country Music Awards for Best New Vocal Duo/Group of the Year and the Association of Independent Music Publisher Awards (AIMPs) last month for Artist/Writer of the Year. Additionally, Ramsey, Trevor Rosen and Brad Tursi all individually took home CMA Triple Play Awards presented to top songwriters who have penned more than three No. 1 hits within a one year period in the Country format.

With an estimated 160 dates on the books in 2016—and it being a lighter year than 2015—Old Dominion are already looking to their next studio album, taking advantage of a break in touring to again join GRAMMY-winning producer Shane McAnally, their co-conspirator on Meat and Candy, in the studio to work on their upcoming second album. Old Dominion’s Trevor Rosen shared with The Press-Enterprise, “We’re working on new music. We’re writing and working up some new stuff and we’ll hopefully start recording in the fall.”

The five-piece band, consisting of Ramsey, Rosen, Geoff Sprung, Brad Tursi, and Whit Sellers, which Rolling Stone Country notes is “building on the country-band blueprint set by the likes of Alabama and adding some fuzzy guitars, catchy licks and even a little rap that shoots for stadiums, not saloons” is on the road in 2016 on select headlining Meat and Candy Tour dates as well as direct support for Kenny Chesney on hisSpread The Love Tour amphitheater, arena and shed dates as well as his stadium stops along with Miranda Lambert and Sam Hunt.

About Old Dominion
RCA Nashville recording act Old Dominion has been writing songs and honing its live show in Music City for 10 years. While may of the group’s songs have been recorded by top artists including Kenny Chesney, Keith Urban, Luke Bryan, and more, the group has recently made headlines for their own chart-topping hits like their two-week No. 1 “Break Up With Him,” and their Top 5 and climbing current smash“Snapback.” The band released their debut full-length album Meat and Candy on Nov. 6, produced by GRAMMY Award winning songwriter/producer Shane McAnally.