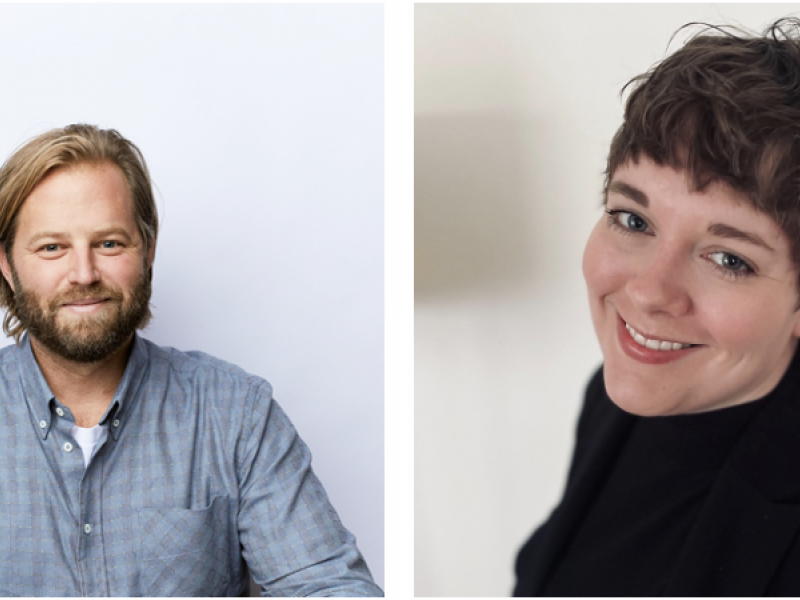 “I’ve long admired the company George and Paul have built over the years, as well as their all-hands approach to management and ability to look at every minute detail to foster enduring artist growth and development,” shares Sawyer. “Paul and I nearly joined forces in 2015, so when the opportunity to join him arose again, it felt kismet.”

"Aaron Sawyer has been a trusted friend for at least 15 years, and Hannah and I have known each other since her time at Noisetrade in 2014," adds Triple 8 partner Paul Steele. "I cannot say enough kind things about these people and am honored they have decided Triple 8 is the right place for them to be. I have never been more excited about our future than I am today, and Aaron and Hannah are a big part of that."

"We're really proud that Triple 8 is known for being a collaborative and creative environment where everyone in the company is willing to raise a hand and help across teams and departments," notes Triple 8 Management founding partner George Couri. "Aaron and Hannah embody those qualities and compliment the team perfectly. We are thrilled to welcome them to our organization. We are lucky to have them.”

Sawyer’s new position comes as he continues to build momentum around his current roster. In 2022, he celebrated milestones with each of his artists, as Cunningham received two GRAMMY nominations for the upcoming ceremony in the Best Folk Album and Best American Roots Performance categories for her song, "Life According to Raechel." Most recently, she made her debut appearance on “The Tonight Show Starring Jimmy Fallon;” watch it HERE.

Lage continued defying the odds of a traditional jazz artist, celebrating the biggest touring year of his career in 2022 with sold out shows across Europe and North America on the heels of releasing his second album for Blue Note Records; while Sean and Sara Watkins continued their longstanding project of Watkins Family Hour, releasing their acclaimed record Vol. II celebrating their 20th year in residence at Los Angeles’ heralded club, Largo. The Watkins siblings are preparing for a big year with GRAMMY Award winning band Nickel Creek, with the band's first trip to Europe in nearly two decades for sold out shows in London and Glasgow.

About Triple 8 Management
Founded on 08/08/08, Triple 8 Management has grown operations to encompass 30 full-time staff. Triple 8 takes great pride in having a highly favorable personnel-to-artist ratio, with a dedicated staff overseeing artist management, marketing and radio promotion. Triple 8 artists have achieved every point of success – millions of albums sold; billions of streams; a myriad of award distinctions and nominations, including GRAMMYs, GMAs, ACMs, CMAs, AMAs, EMMYs, CMTs, iHeart Music Awards and more; and No. 1 chart-topping success dozens of times at Country, Pop, Rock, Hot AC, Alternative and AAA radio formats. Triple 8 has done this with major labels and indie labels, as well as without any record label. Triple 8 also currently represents five music producers that themselves have garnered an additional seven GRAMMYs. Triple 8 has also entered a strategic partnership with Sony Music Entertainment, distribution company Thirty Tigers and veteran radio promotion executive Norbert Nix to create Triple Tigers Records, a label imprint focused on Country music. Since its inception, Triple Tigers has celebrated its first eight singles released (by Russell Dickerson and Scotty McCreery) all going to No. 1 on all country radio charts – unprecedented in the history of Country music.