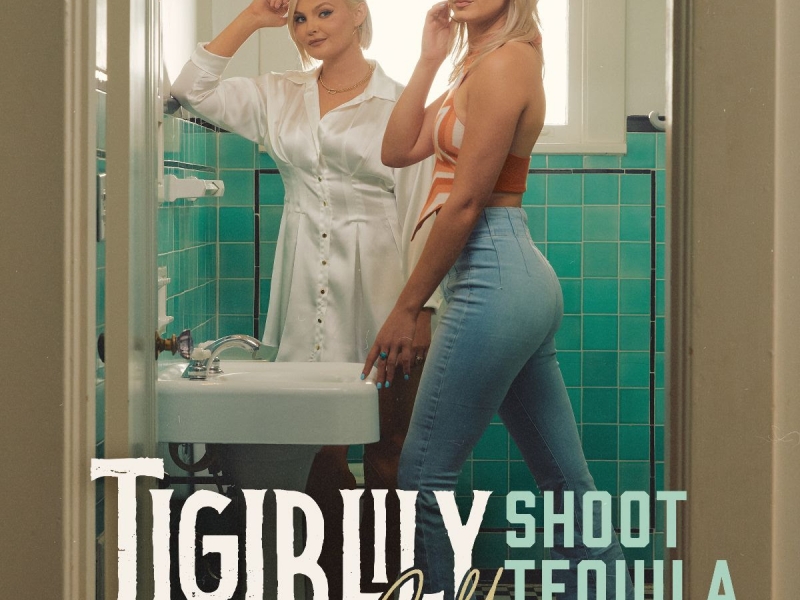 NASHVILLE, Tenn. – Monument Records’ harmonious sister duo Tigirlily Gold’s mid-west upbringing means one thing: they know how to work hard. Signed to the label in 2021, sisters Kendra and Krista Slaubaugh honed their craft grinding away on Nashville’s Lower Broadway for more than five years. They would see their fans, who were not residents of Music City, show up where they would deliver four-hour sets, three to four nights a week. Songs like their latest release, the barn burner “Shoot Tequila,” were born from the time spent on Broadway. Listen to the rowdy, free-spirited, “Shoot Tequila,” now.

“We’ve been singing in honky tonks since before we could even legally ‘shoot tequila,’” the sisters readily admit. “Playing on Broadway in Nashville for years really affected our sound, and we always lean towards writing songs that have great live energy. ‘Shoot Tequila’ is our ‘Broadway’ song, and we want people to get excited, grab a drink, and meet us at the nearest honky tonk!”

Written by the sisters alongside Better Than Ezra's Kevin Griffin and David Mescon, and produced by Pete Good and Shane McAnally, the upbeat party anthem is reminiscent of the push and pull of a toxic relationship, nodding to the irresistible temptation of caving to the “bad influence” of a tequila-induced night.

And it goes like
One tequila, two tequila, three tequila, more
If I had a little sense, I woulda stopped at four
‘Stead of cursing your name on the bathroom floor
Swear to God I won’t drink tequila no more
But Mama didn’t raise no quitter

The song, which was teased on TikTok earlier this week, has already garnered over 7 million views, and climbing. The music video is available now, HERE.

As they ramp up to release more new music, Tigirlily Gold will wrap their innovative 23-stop Introducing Tigirlily Gold: The Tour Presented by Lee® on Jan. 25 in Nashville. With prior stops including Denver, Boston, Orlando and more, the tour integrates brand partnerships, charity and local tastemakers across each stop, establishing a deep-rooted fanbase and introducing the girls to the industry in a new way. Each show also benefits Musicians on Call with a call to donation on stage, culminating in a livestream at the end of the tour that will go out to all Musicians on Call hospitals.

“Shoot Tequila” is the first taste of new music from the powerhouse duo as they embark on a new musical chapter with their upcoming project. Ready to bring girl group energy back to country music, stay tuned for more from Tigirlily Gold throughout 2023. For the latest information visit, tigirlily.com  and follow along on Twitter, Instagram and Facebook @tigirlily and on TikTok @TigirlilyGold.

About Tigirlily Gold
Sister duo Tigirlily Gold has been playing music together since they could walk, and officially formed their band in high school. Growing up, they crisscrossed the mid-west, growing a fierce fan base and selling out amphitheaters across their home-state of North Dakota. After moving to Nashville, they landed a weekly residence at Dierks Bentley’s Whiskey Row on Nashville’s famed lower Broadway. Playing four-hour sets, three to four nights a week, the sisters developed a performance style that’s not only captivating and fun but shows just how much entertaining is in their blood.

After releasing their original song “Somebody Does,” in 2021, the track topped the iTunes chart and Tigirlily Gold was signed to Monument Records. They released their self-titled, debut EP in July 2021, working with multi-Grammy Award Winner Shane McAnally, and hit the road with artists Walker Hayes and Ashley McBryde.