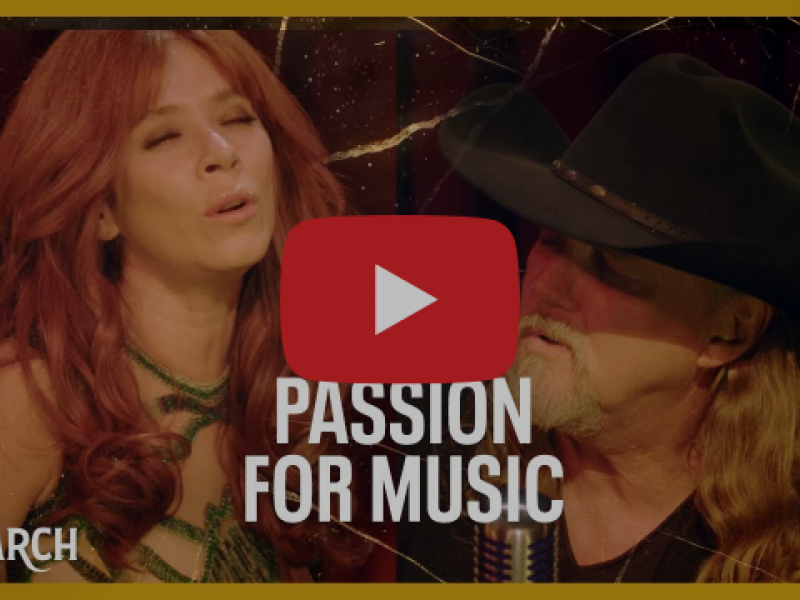 All Season, New Songs from “MONARCH” Will be Released the Friday Before Each New Episode Premieres

The songs were produced by three-time GRAMMY Award nominee and series executive music producer Adam Anders and co-produced by Peer Åström. The EP’s original track, “The Brambles” was written by Adam Anders, Tom Douglas and Jordan Shellhart.  Listen to the EP HERE.

The new music follows the release of a number of tracks from the show, including “American Cowgirl,” performed by Friel, a cover of “A Country Boy Can Survive” by Adkins, as well as the show’s theme song, “The Card You Gamble,” performed by powerhouse vocalist Caitlyn Smith. The series will feature many original songs and covers performed by cast members and upcoming guest stars.

In MONARCH, the Roman family is headed by the insanely talented, but tough-as-nails Queen of Country Music DOTTIE CANTRELL ROMAN (Academy Award winner Susan Sarandon, “Feud,” “Thelma & Louise”) and her beloved husband, “Texas Truthteller” ALBIE ROMAN (Adkins). Dottie and Albie have created a country music dynasty. But even though the Roman name is synonymous with authenticity, the very foundation of their success is a lie. And when their reign as country royalty is put in jeopardy, heir to the crown NICOLETTE "NICKY" ROMAN (Friel) will stop at nothing to protect her family's legacy, while ensuring her own quest for stardom.

Middle child LUKE ROMAN (Joshua Sasse, “Galavant”) is the CEO of the family's business, Monarch Entertainment. Luke is the apple of his mother's eye, but he has a troubled relationship with his father, whose approval he can never get, no matter how hard he tries. Youngest daughter GIGI TUCKER-ROMAN (singer/songwriter Beth Ditto, “On Becoming a God in Central Florida”) is very close to her older brother and sister, but in a family of superstars, Gigi has always felt like a bit of an outcast, in spite of her incredible singing voice. Gigi is married to KAYLA ROMAN-TUCKER (Meagan Holder, “Dave,” “Pitch”), a successful music manager who keeps turning down Luke’s offers to join forces with the family company. Outside business, Kayla’s relationships with the Romans reflect a complicated history, and a secret she is keeping could destroy her marriage to Gigi. ACE GRAYSON (Hollywood newcomer and Filipino recording artist Inigo Pascual) also is part of the family. He is a talented and sensitive 18-year-old who was adopted from an orphanage by Nicky and her husband, struggling British actor CLIVE GRAYSON (guest star Adam Croasdell, “Preacher,” “Reign”). Ace is a phenomenal singer with real swagger on stage, and dreams of being a country star like his Grandpa Albie. And just when the Romans’ world couldn’t get more chaotic, enter CATT PHOENIX (Martha Higareda, “Into The Dark: Culture Shock”), the stunning and unpredictable mother of 17-year-old ANA PHOENIX (Emma Milani, “Solve”), a talented, wide-eyed young singer who is trying to get signed to the Roman family’s record label.

Launched in 2019, FOX Entertainment’s music division, FOX Entertainment Music (FEM) has produced a broad music catalog, inclusive of original songs intended for sync licensing, theme songs for FOX-owned productions, and mnemonics for FOX Entertainment, its in-house unscripted studio FOX Alternative Entertainment and Emmy Award-winning animation studio Bento Box Entertainment. In complementing FOX Entertainment’s fast-growing library of owned content, music created by FEM will further expand business revenue and opportunities for the organization across its owned platforms and licensing to third parties. FEM will continue to play an integral role in driving equality and inclusion throughout FOX Entertainment by recruiting a range of diverse voices within the creative community to write, produce and perform music for the division.

Since Monument’s launch, the artist roster has accumulated over a billion streams, released multi-Platinum singles – including Walker Hayes’ number one, smash hit “Fancy Like” – made major TV appearances on the Tonight Show Starring Jimmy Fallon, the TODAY Show, Late Night with Seth Meyers, and Good Morning America, and been written about in the pages of Billboard, Rolling Stone, Time Magazine and the New York Times. The label has created major partnerships for their artists with Applebee’s, Boot Barn, OtterBox, The VFW, and Free People, among many other highlights

About Arista Records
Arista Records has historically launched some of the world’s most celebrated recording artists. Founded in 1974 by Clive Davis, Arista was home to musical legends such as Whitney Houston, Aretha Franklin and Patti Smith. In 2018, eight years after the label had closed, Sony Music Entertainment CEO Rob Stringer announced that Arista would be relaunched by former president / CEO of Island Records, David Massey, who shepherded the careers of Shawn Mendes, Demi Lovato, Nick Jonas, Tove Lo, The Killers, Fall Out Boy, Bon Jovi and Mike Posner. Under Massey’s leadership, Arista also includes a joint venture for artist management and music publishing companies, Work of Art Management and Work of Art Publishing. With over 40 years of iconic recorded music history, Arista’s legacy continues with a new generation of inspiring artists who are reshaping the music industry.