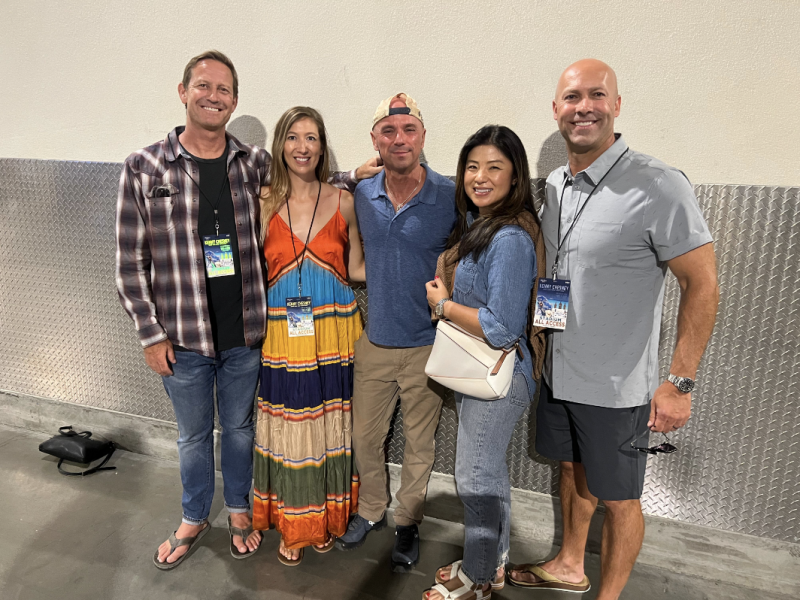 THE ROAD & CARLSBAD, Calif. – Kenny Chesney has been having a massive summer with No Shoes Nation. With six attendance records already set, the Here And Now 2022 Tour anchored by 21 stadium shows has seen the crowds of 50,000+ taking their always-high velocity response to new thresholds. Life-affirming for many who have held their tickets for more than 1,000 days, Here And Now 2022 serves as a reminder of how potent the connection between life and music can be.

“To hear the cheers, or feel the energy,” Chesney says, “it’s a whole different thing this tour. It’s loud, but there’s something more to it. It feels like they’re all glad to be together again, singing these songs and remembering how powerful a community they are when they come together.

“I like to say No Shoes Nation is a country without borders. But even more, it feels like a family or 50,000 really great friends who are in it together no matter what.”

Expanding that sense of commitment and community, the man the Los Angeles Times called “the People’s Superstar” teamed with global sandal leader REEF to create a special edition No Shoes Reefs sandal. Founded in 1984, the San Diego-based company has long been a favorite of the surf community.

Fashioned in palomino or saddle-colored leather – the men’s strap embossed with a skull and crossbones, plus No Shoes on one and Reefs on the other, and the women’s thongs featuring a rose gold-colored Jolly Roger stud with the No Shoes Reefs logo embossed on the sole – REEF teams with No Shoes Reefs to help support Pigeon Key Marine Science Camps. Based in the Florida Keys, it provides young people with knowledge about the ocean, coral reefs and marine life.

“They share so many of the same core values I do when it comes to ocean conservation,” Chesney says of the alliance. “I’ve worn their sandals for years, as have a lot of my friends down in the islands. When they wanted to work with us through No Shoes Reefs, I was delighted to have them become part of this work that’s been so focused on local projects.”

“We are always looking to partner with people who view the life around the water the same way we do,” explained REEF president Mike Jensen of the project. “Kenny Chesney isn’t just an incredible recording artist and live performer, he’s a dynamic advocate for local organizations working to create a better ocean community. Working with him to help support Pigeon Key’s educational efforts is a great way to begin what we hope is a long relationship.”

Concertgoers have seen the video on the screens with a QR Code, which directs to REEF.com to order. Thirty percent of proceeds goes to No Shoes Reefs’ Pigeon Key project to inspire the next generation of explorers and oceanographers. So popular are the limited-edition sandals, REEF sold out of its first batch before the Los Angeles SoFi Stadium show due to demand. REEF’s warehouse team has now received the remaining No Shoes Reefs sandals, which can be purchased HERE.

With the tour heading into its final weeks, No Shoes Nation shows no signs of being any less passionate between now and the final August 26-27 Gillette Stadium stand to close out Here And Now 2022. But as the summer fades, the No Shoes Reefs sandals are a palpable reminder of all that was – and will be; a souvenir that gives back as well as marks another year’s memories.

About REEF®:
REEF is the global footwear and apparel brand that inspires people to feel comfort and freedom from their first step. United by the spirit of the beach since 1984, REEF designs innovative and comfort-driven products to celebrate the freedom and fun of the beach lifestyle. REEF® is a registered trademark of Trestles IP Holdings, LLC.