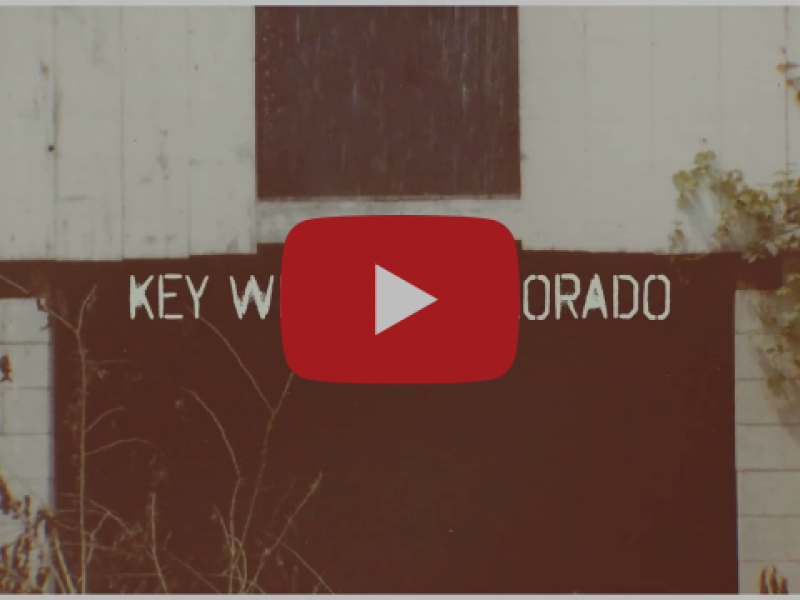 “When we wrote ‘Key West & Colorado’ in Grayton Beach we weren’t necessarily planning on writing a song that day,” recalls Rice of the song’s origin. “We went out on Brian Kelley’s boat that day – it was me, him, John Byron, Blake Pendergrass, Corey Crowder and Hunter Phelps – and he told me that I’d actually posted about a trip I did from Key West to Colorado and he thought it’d be a cool title. Within less than a minute I twisted it to what the song turned into.”

The impromptu songwriting session was emblematic of Rice’s recent bout of creativity away from the traditional confines of Music Row, with the bulk of his forthcoming album written on trips with friends or alone with an acoustic guitar at his Tennessee farm. The shift in setting suited the man Billboard celebrates as “having storytelling details tumble from his lips, his portraits created quickly and efficiently,” with CMT noting, “The vocalist worked day in and day out to find the courage to knock down the wall he had kept up his entire career. Once he demolished the barricade holding him back, he left his heart and soul on the writing table.”

“The aspects of songwriting he’d always been naturally good at, he began to hone in on with more skill and attention,” adds Country Now. “Earlier songs like ‘Jack Daniels & Jesus’ and ‘Carolina Can’ proved Rice’s innate love of imagery-rich, potent songwriting, for example, but this time around, he dug his heels deeper than ever into that vivid storytelling style.”

Not long after the spontaneous writing session that spawned ‘Key West & Colorado,’ the song quickly found its way into Rice’s live sets as a fan-favorite acoustic moment, particularly throughout the Blessed and Free Tour with Kane Brown earlier this year. Immediately after wrapping that run of shows, the man praised by American Songwriter as “one of country music’s most intriguing and lasting acts” hunkered down in his living room with producer Oscar Charles and Jordan Rigby to set up a makeshift recording environment, intent on capturing a new, raw sound unlike any of his previous studio projects.

“It felt really good to dive into recording with ‘Key West & Colorado’ translating right away from on stage to the studio,” explains Rice, “and it’s the perfect bridge from where I was to where this album’s going. We spent two weeks recording with no click track, a live band, no fake instrumentation at all – really getting in there and grinding and making it right. It’s been the craziest, coolest thing I’ve ever done since I’ve worked in music and I’m excited for people to hear it.”

About Chase Rice
With more than 2.3 million albums sold and over 2.3 billion total streams, plus a legion of passionate fans at his high-energy concerts across the globe, Chase Rice has established himself as a powerful force in Nashville and beyond – yet with a forthcoming album crafted in his rural Tennessee home-turned-studio, his sound continues to evolve to reflect the realities of his life, as evidenced by recent single “If I Were Rock & Roll” and his latest release, “Key West & Colorado.” The new music serves as a follow up to his three-part project, The Album, featuring his latest Platinum-certified No. 1 hit, “Drinkin’ Beer. Talkin’ God. Amen. (feat. Florida Georgia Line)” and Platinum-certified Top 10 hit “Lonely If You Are.”

This is the same gravelly-voiced Chase Rice fans first fell in love with years ago – but better. Freer. Unbeholden and uninhibited, somehow capable of evoking Chris LeDoux and The Chronic, campfire singalongs and stadium anthems, all at once. The new music builds upon the success of his sophomore album, Lambs & Lions, which featured the Triple-Platinum, two-week chart topper “Eyes On You” – Rice’s first No. 1 as an artist and the most-streamed song of his career. Lambs & Lions followed Ignite the Night, which debuted at No. 1 on Billboard’s Top Country Albums and No. 3 on the all-genre chart, producing a pair of Top 5 hits; “Ready Set Roll” and “Gonna Wanna Tonight.”