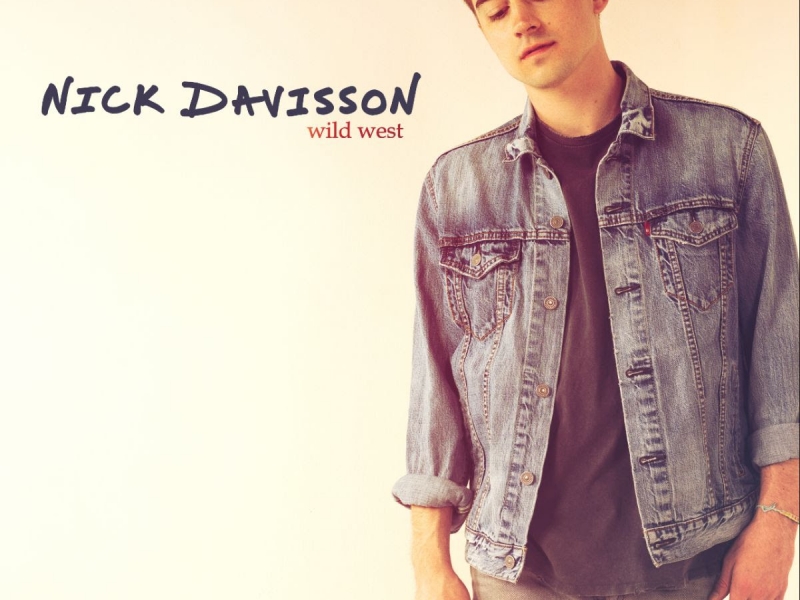 NASHVILLE, Tenn. – “Wild West,” the debut acoustic single from rising artist Nick Davisson, will be available on all platforms Friday, June 17. Pre-save HERE.
Co-written and produced by renowned songwriter Phil “Philbilly” O’Donnell (“Give It All We Got Tonight,” George Strait’s 60th No. 1, and Blake Shelton’s No. 1, “Doin' What She Likes”), “Wild West” is a modern blend of organic country, folk and pop that Davisson delivers with a raw, acoustic sound:

I know you’re gonna aim and fire
Start a fire
Leave it burning in my chest
Loving you is like the Wild, Wild West

The genesis for “Wild West” came to Davisson after listening to a podcast that used the phrase. Davisson took the idea to his very first session with Philbilly, and in short order, they wrote the song that would launch his career. Davisson is also currently writing with bluegrass singer-songwriter Ronnie Bowman, who has top 10 hits with country artists Chris Stapleton (“Nobody to Blame”), Kenny Chesney (“Never Wanted Nothing More”) and Brooks & Dunn (“It’s Getting Better All the Time”) and Wyatt Durrette, chief collaborator with the Zac Brown Band, and other top writers.

Davisson recently signed with the Erv Woolsey Co. for management. Woolsey, a legendary Nashville talent rep, also handles the careers of country superstars George Strait and Lee Ann Womack, as well as many other Nashville artists.

This summer and early fall, Davisson will be on tour as the acoustic support act for folk/pop singer-songwriter Colbie Caillat (“Bubbly”) on her Coco 15th Anniversary Tour, which includes 20 stops in cities such as Dallas, San Diego, Washington, D.C. and St. Louis. Caillat first spotted Davisson at a Friday night acoustic gig at a Nashville bar. A friend of Caillat’s approached the stage to ask if Davisson knew any of Caillat’s songs. Davisson launched into “Bubbly” and spoke with Caillat afterward. Caillat eventually brought her manager to see him, invited Davisson to play harmonica on her new album, then asked him to join her tour.

About Nick Davisson
Fairmont, West Virginia, native Nick Davisson, 23, is a rising artist who says he’s been playing music since he was “big enough to hold a guitar.” Nick describes his style as an accumulation of many influences, from organic country and folk to pop, blues and rock. A former WVU wide receiver, Nick comes by his talent for music honestly as the son and nephew (respectively) of journeymen Donnie and Chris Davisson of the (now) Nashville-based Davisson Brothers Band. Nick is represented by legendary Nashville talent manager Erv Woolsey (whose roster includes The Davisson Brothers) and his subsidiary companies, Wimberley Music Publishing and Rollin’ The Dice Records.