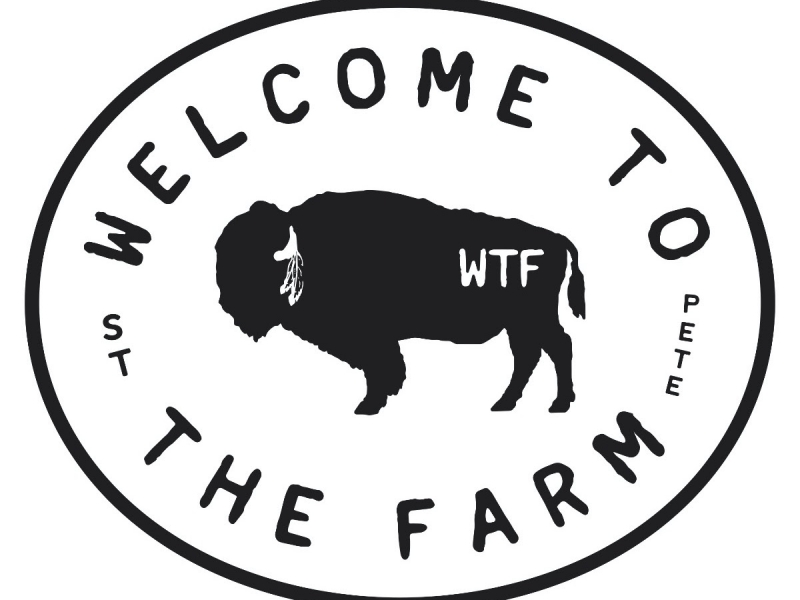 ST. PETERSBURG, Fla. – Multi-Platinum entertainer Chase Rice has partnered with Forward Hospitality Group to announce a second iteration of his Welcome to The Farm entertainment venue. The brand-new Florida location, set to open in late July, joins the flagship location in Cleveland, Ohio which opened in December 2021. Rice has been an integral part of the design process and location selection process for both venues, which offer live music, drinks and bar food in an environment representing the lifestyle behind his music.

“It was incredible to see the response to Welcome to The Farm up in Ohio,” shared Rice, having chosen the initial location as a tribute to his late father, who grew up in the Columbus area and played football for the Ohio State Buckeyes. “I learned so much through that process and I’m excited to keep growing this project together with the great people at FHG.

“I’m a North Carolina guy through and through, but I was born in Florida and spent a lot of my childhood there,” he continued. “It’s one of my favorite places to visit and to find inspiration for my music – so it seemed only fitting to bring Welcome to The Farm there, too.”

The completely renovated building is located in the heart of St. Pete’s Central Arts District near the coast of Tampa Bay. Anchored by a stage which will play host to frequent live music, the space with capacity for approximately 200 guests also offers both indoor and outdoor space to enjoy the bar menu representing Rice’s own lifestyle and music.

From Forward Hospitality’s perspective, St. Pete is a perfect location for the second Farm: “St. Pete has been on our radar for over a year,” notes COO Bobby Rutter. “The growth in the market coupled with the area’s love for live music is extremely exciting.”

The announcement of the new venue comes as Rice also puts the finishing touches on his next album, having recently transformed his Tennessee home – his Twin Eagles Creek Farm property that serves as the inspiration for Welcome to The Farm – into a recording studio for the project.

With producer Oscar Charles at the helm, Rice and company filled his living room with a vintage stand-up piano, guitars, drums and percussion, bass and keyboards – while leaving out some of his usual recording tools. For the first time in his career, Rice is recording with no click track, no pre-programmed music beds – and in many cases, one-take vocals on these songs.

“It’s been an incredible experience,” reflected Rice. “We camped out there for weeks, usually going for 12-plus hours a day without even realizing the time was flying by because everyone was in such a creative groove. It’s definitely the most excited I’ve ever been about making music, so I can’t wait to share this new sound with the fans.”

For more information on all things Chase Rice, visit www.ChaseRice.com and follow Rice on Facebook, Twitter and TikTok @ChaseRiceMusic and on Instagram @ChaseRice. Learn more about Welcome to The Farm by visiting www.welcometothefarm.com and following on social media @TheFarmCLE and @TheFarmStPete.

About Chase Rice
With more than 2.2 million albums sold and over 2.1 billion total streams, plus a legion of passionate fans at his high-energy concerts across the globe, Chase Rice has established himself as a powerful force in Nashville and beyond – yet as he crafts a new album in his rural home-turned-studio, he genuinely sees recent single “If I Were Rock & Roll,” available everywhere now, as the launching pad for music that says what he wants to say, how he wants to say it. The song serves as a follow up to his three-part project, The Album, featuring his latest No. 1 hit, “Drinkin’ Beer. Talkin’ God. Amen. (feat. Florida Georgia Line)” and Platinum-certified Top 10 hit “Lonely If You Are.”

This is the same gravelly-voiced Chase Rice fans first fell in love with years ago – but better. Freer. Unbeholden and uninhibited, somehow capable of evoking Chris LeDoux and The Chronic, campfire singalongs and stadium anthems, all at once. The new music builds upon the success of his sophomore album, Lambs & Lions, which featured the Double-Platinum, two-week chart topper “Eyes On You” – Rice’s first No. 1 as an artist and the most-streamed song of his career. Lambs & Lions followed Ignite the Night, which debuted at No. 1 on Billboard’s Top Country Albums and No. 3 on the all-genre chart, producing a pair of Top 5 hits; “Ready Set Roll” and “Gonna Wanna Tonight.”