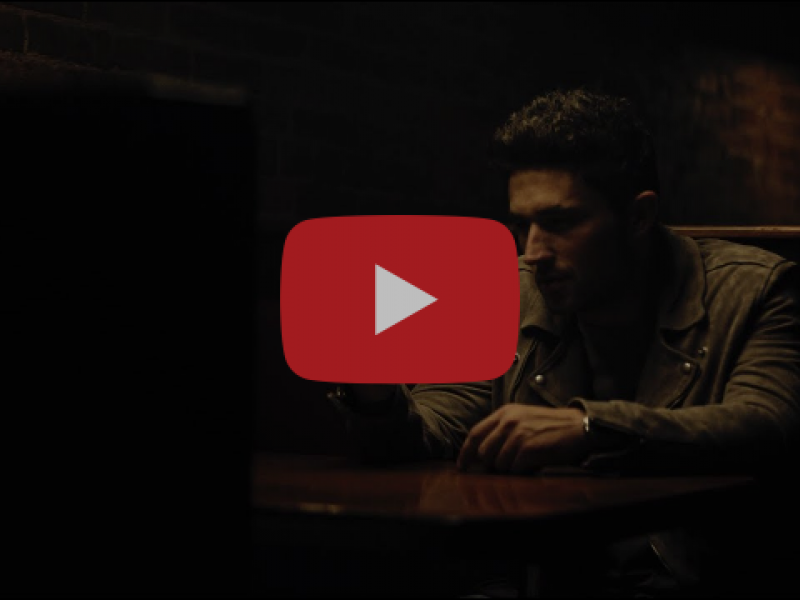 NASHVILLE, Tenn. – At age 8, Michael Ray’s grandfather taught him his first guitar chords. Listening nonstop to Merle Haggard and George Jones as a kid, he fell in love with intricate stories sung by legends. Determined to make his own distinct contributions to the genre, Ray made a mission of sharing his deep appreciation for traditional Country music while pushing the format forward, leading to his fourth No. 1 single “Whiskey And Rain.”

“I owe this one to the fans who love Country music just as much as I do,” shares the Florida-native. “I knew when I first heard this song, it embodied everything I love about Country music, and I hoped people would find it as relatable and personal as I do.

“The support for ‘Whiskey And Rain’ has been so overwhelming and exciting,” Ray continues, “I can’t think of a better way to gear up for 2022 than this: celebrating with a song that’s so special to me.”

Written by Josh Thompson and Jesse Frasure and released as the lead single from his seven-song collection Higher Education, “Whiskey And Rain” quickly garnered attention from critics, with Rolling Stone dubbing the track as “equal parts Ronnie Milsap and Gary Allan” featuring “a mix of the piano man’s Eighties swing and the Nineties lonesomeness of Allan’s Smoke Rings in the Dark,” while Billboard called it “a throwback to brooding songs from the ‘80s and ‘90s” with “solid production by Ross Copperman highlighting Ray’s vulnerable delivery.”

The track also caught the ear of critic Grady Smith, who shared “Whiskey And Rain” as his No. 2 pick in “The 10 Best Hit Country Songs of 2021,” noting that the “fresh, radio-friendly, modern but still a little bit traditional country production” made him “take a second look at Ray and think maybe there’s more to what this guy wants to say musically.”

On Higher Education, “Ray found a refuge in the mere act of making music that tells his imperfect story, a story that so many people in this world can certainly relate to during these crazy days,” PEOPLE observes, while American Songwriter emphasizes “Higher Education is shaped by the muse of the man Ray hopes to be, and the lessons he’s learned along the way…inviting his listeners into his world, pulling back the curtain on who he is off the stage.”

Currently in the Top 10 on the Country On-Demand Streaming chart, Ray celebrates the song’s success with the release of “Whiskey And Rain (Acoustic).” Listen to the song HERE.

Ray has garnered over 1 billion global streams, over 650,000 album equivalents and over 100 million YouTube views. Along with his four No. 1 singles, Ray has a total of five RIAA certifications: Platinum-certified “Think A Little Less,” and Gold-certified songs “Her World or Mine,” “One That Got Away,” “Get To You” and “Kiss You in the Morning.”

About Michael Ray
For Michael Ray, music is his grandfather singing and sweating on a rural Florida stage. It’s the childhood refuge he found during the pain of his parents’ divorce. It’s family and stories, history and hope. Ray says music saved him, but it did even more: Music made him. In five short years, Ray has built an impressive foundation: four No. 1 songs – RIAA Platinum-certified “Think a Little Less,” RIAA Gold-certified “Kiss You in the Morning,” RIAA Gold-certified “One That Got Away” and “Whiskey And Rain” – plus “Get to You” and “Her World or Mine,” brings his tally to four Gold-certified singles. The poignant “Her World or Mine” from his sophomore album Amos also produced a video that has captured more than 27 million YouTube views since its debut. Now, two hit albums into that all-too-rare blend of critically acclaimed and commercially successful career, Ray has released Higher Education, a seven-song collection produced by GRAMMY-nominated producer Ross Copperman. Proof that heartbroken wallowing can feel good if it swings, “Whiskey And Rain” has garnered over 104 million streams, cementing Ray as the ideal bridge between vintage country cool and modern country’s best sounds. Learn more about Ray at MichaelRayMusic.com or follow him on Instagram and Twitter @MichaelRayMusic and Facebook.com/MusicMichaelRay.