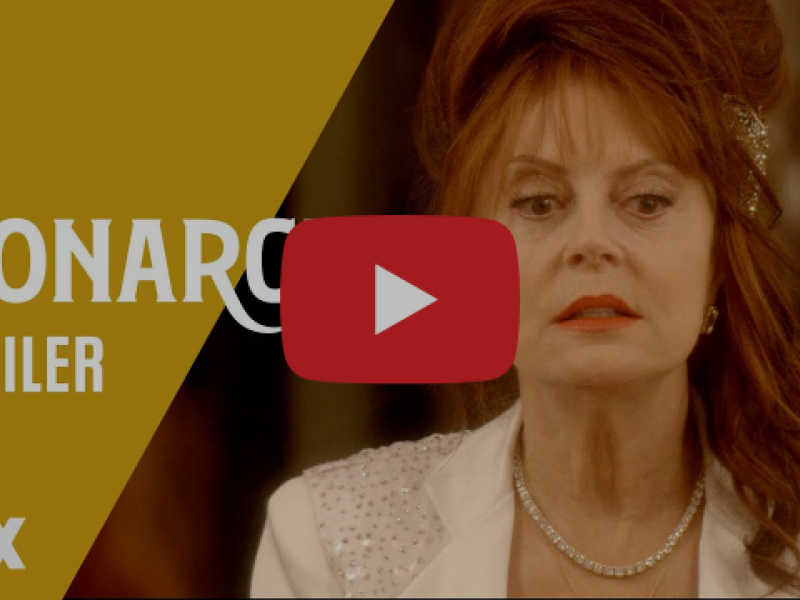 With a penchant for storytelling, The New York Times boasts Smith “has a striking voice of her own…with glimmers of both the girl-next-door naturalism of Sheryl Crow and the wayward attack of Sia,” while NPR declares “Caitlyn Smith has a voice that grabs you the first time you hear it,” all while being an in-demand songwriter who has had cuts by Dolly Parton, Garth Brooks, Jason Aldean and Miley Cyrus.

“To jump into a song like ‘The Card You Gamble’ that has so much drama, suspense and mystery was such a fun experience,” says the Minnesotan. “I love that the Love Junkies wrote the song almost as its own character in the show. The music is so central to the storytelling in MONARCH, and I’m just excited and honored to be a part of it.”
Produced by three-time GRAMMY Award nominee and series executive music producer Adam Anders and co-producer Peer Åström, “The Card You Gamble” was written by The Love Junkies: Hillary Lindsey, Lori McKenna and Liz Rose.

“The Love Junkies wrote an amazing song that encompasses the themes of our show both lyrically and musically, but stands on its own legs,” shares Anders. “Caitlyn’s voice perfectly matches the sonic landscape that Peer and I wanted to create.”
MONARCH is a Texas-sized, multi-generational musical drama. Headed by the insanely talented, but tough as nails Queen of Country Music DOTTIE CANTRELL ROMAN (Academy Award winner Susan Sarandon, “Feud,” “Thelma & Louise”) and her beloved husband, “Texas Truthteller” ALBIE ROMAN (multi-Platinum country music star and three-time Academy of Country Music (ACM) Award winner Trace Adkins, “Old Henry”), the family has become a country music dynasty. But even though the Roman name is synonymous with authenticity, the very foundation of their success is a lie. And when their reign as country royalty is put in jeopardy, heir to the crown NICOLETTE “NICKY” ROMAN (Golden Globe nominee Anna Friel, “Pushing Daisies”) will stop at nothing to protect her family's legacy, while ensuring her own quest for stardom.

About Caitlyn Smith
After winning a Critics Choice Award and writing songs for the likes of Miley Cyrus, Dolly Parton, Meghan Trainor and John Legend, Garth Brooks, and Jason Aldean, Caitlyn Smith has established herself as one of Nashville’s brightest rising stars. Undeniably one of the best vocalists of this generation, Smith’s 2018 Starfire and 2020’s Supernova saw her in the pages of TIME Magazine and The New York Times, and had her named to Rolling Stone’s 10 country artists to know and Paste’s 10 country artists to watch. Visit CaitlynSmith.com for more information or online on Instagram and Twitter @caitlynsmith or @caitlynsmithmusic on Facebook and TikTok.

Launched in 2019, FOX Entertainment’s music division, FOX Entertainment Music (FEM) has produced a broad-spanning music catalog, including more than 200 original songs intended for sync licensing, 15 theme songs for Fox-owned productions and three new branding mnemonics for FOX Entertainment, FOX Alternative Entertainment and Bento Box. In complementing FOX Entertainment’s growing library of owned content, music created by FEM will further expand business revenue and opportunities for the organization across its owned platforms and licensing out to third parties. FEM will continue to play an integral role in driving equality and inclusion throughout FOX Entertainment by recruiting a range of diverse voices within the creative community to write, produce and perform music for the division.

Since Monument’s launch, the artist roster has accumulated over a billion streams, released multi-Platinum singles – including Walker Hayes’ number one, smash hit “Fancy Like” – made major TV appearances on the Tonight Show Starring Jimmy Fallon, the TODAY Show, Late Night with Seth Meyers, and Good Morning America, and been written about in the pages of Billboard, Rolling Stone, Time Magazine and the New York Times. The label has created major partnerships for their artists with Applebee’s, Boot Barn, OtterBox, The VFW, and Free People, among many other highlights.