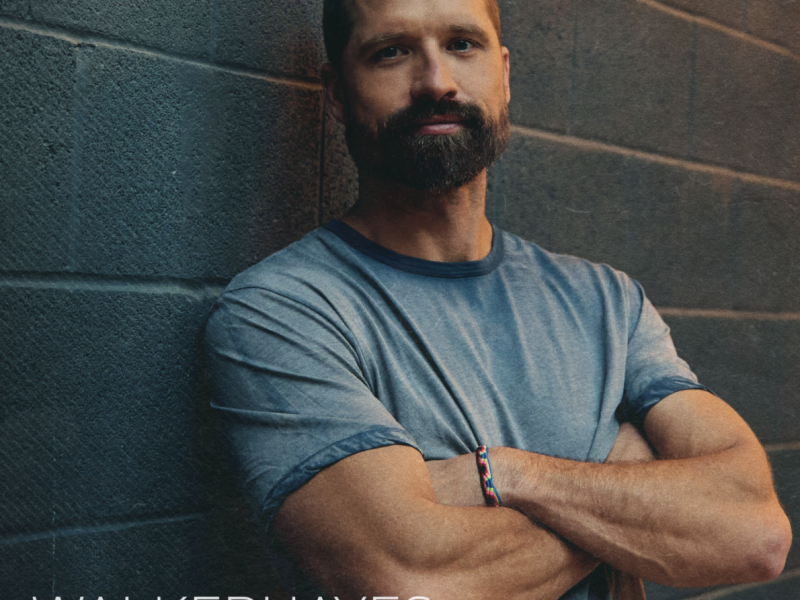 NASHVILLE, Tenn. – On the heels of his smash hit “Fancy Like” reaching number one at country radio, Walker Hayes releases his next single “AA” and announces his forthcoming album, Country Stuff The Album.

Country Stuff The Album will include “Fancy Like” as well as previously released “U Gurl,” along with “AA” and 10 other tracks, including Hayes’ collaborations with Carly Pearce, Jake Owen, and Lori McKenna, and a re-imagined version of “Craig” featuring MercyMe.

Country Stuff The Album is available everywhere on January 21, 2022. As always with Hayes’ music, each track on the project will be uniquely his, and share a range of emotion from nostalgia and pain to joy and good old fashion fun.

“I’ve been waiting so long to put out a project like this,” says Hayes. “It has everything I love from the fun of ‘Fancy Like’ to the more personal lyrics in ‘AA.’ As an artist, it’s such a unique thing to be able to share all the different versions of you in a project, and that’s really what I tried to do here.”

Out today, new single “AA” was written by Hayes with Multi-GRAMMY Award Winner Shane McAnally and Luke Laird and produced by “Fancy Like” collaborator Joe Thibodeau and McAnally. The song taps into all the things fans love about “Fancy Like,” but this time, brings in Hayes’ deeper side. True to form, Hayes sings about the experiences of everyday Americans, with “AA” hitting on his anxieties as a dad, his love for his wife Laney, and his own journey with sobriety. He sings:

“At the end of the day, we are all just doing the best we can,” says Hayes about the track, “and what I really mean to say with this song is just that I’m trying to stay the course. I’ve struggled with alcohol abuse and sometimes I wish I didn’t need AA, but I do. I think a lot of people can relate to that. I’m just trying to be the best dad and husband I can be. It’s not easy all the time, but my wife smiles a lot and my kids are growing up with more than I had, and that’s a really good thing.”

Tune into CBS Sunday Morning this coming Sunday (11/21) to hear more about Hayes’ journey to where he is now. You can also watch Hayes perform “Fancy Like” on the American Music Awards that same day.

Hayes will be kicking off his headlining tour, The Fancy Like Tour, in Grand Rapids, MI on January 27, 2022.

About Walker Hayes
Monument Records recording artist, Walker Hayes, is a singer/songwriter originally from Mobile, Alabama. His forthcoming album County Stuff The Album features new single “AA” and smash hit “Fancy Like.” “Fancy Like” has topped every sales and streaming chart since its release, spent 18 weeks and counting at the number one spot on Billboard’s Hot Country Songs, been featured in a national Applebee’s ad campaign, and hit the top 5 on Billboard’s Hot 100 Songs.

Hayes’ newest release, “AA,” is everything fans have come to love about his music – unapologetically honest lyrics, instantly catchy hooks, and stories inspired by his own life. Written by Hayes, with Multi-GRAMMY Award winner Shane McAnally and Luke Laird, and produced by “Fancy Like” collaborator Joe Thibodeau and McAnally, “AA” hints at what’s to come on Country Stuff The Album.

The proud father of six has performed his music, including the Double-Platinum RIAA certified hit “You Broke Up With Me,” to national audiences on “Good Morning America,” “Late Night with Seth Meyers,” “The Tonight Show Starring Jimmy Fallon” and “The TODAY Show.” He will kick of his headlining The Fancy Like Tour in 2022.