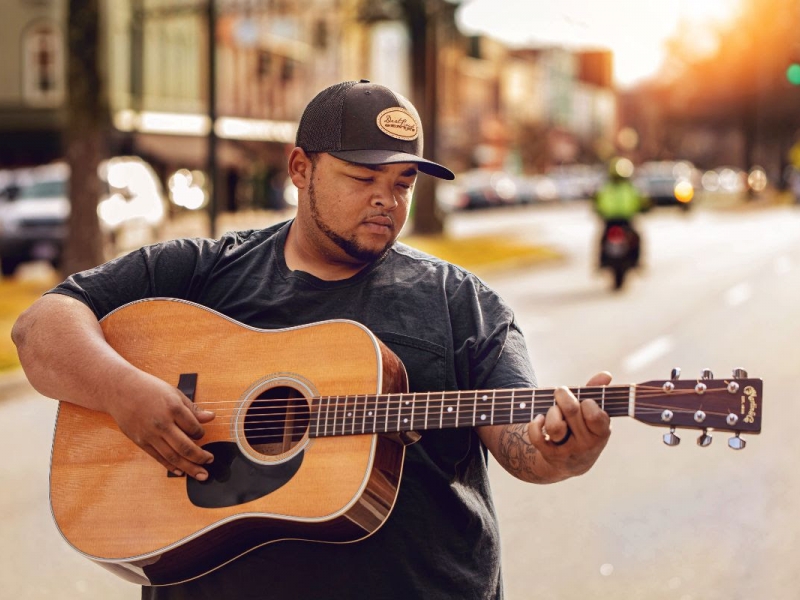 NASHVILLE, Tenn. – Following the release of his MusicRow dubbed “impressive debut, reminiscent of the titanic Luke Combs,” Dalton Dover delivers “Baby I Am” via Droptine Recordings, a tribute to his wife Faith that has already resonated with the Georgia-native’s 415K fans on TikTok.

“All the fans are telling me they're planning to use it for their wedding song! I can’t think of a more flattering compliment as that. For my music to be a part of their lives is incredible,” shares Dover. “I’ve never had a response to a song like this.

“When we were recording the song, I told producer McV (Matt McVaney) I wanted to hide this and not say anything to Faith as I wanted this to be a song to her – well, if you’re married, you know you can’t hide something like that from your wife,” he laughs. “It’s even better though as now I get to sing it to her.”

Written by Jason Gantt, Dan Isbell and Nate Smith, “Baby I Am” is a magnetic love song, filled with endearing lines showcasing Dover’s adoration and devotion for his high-school sweetheart turned wife Faith:

Baby I Baby I Am
Falling even deeper in love
With every single kiss from your lips
You’re drivin’ me crazy
And every time you touch me
Baby baby I know
You’re the only one that I need
If you wonder if I might be your
Love you til the day I die kind of man
Baby I, Baby I Am

With the release “You Got A Small Town,” Dover’s debut release on Droptine Recordings, Billboard boasted, “the song’s tale is lifted by blazing guitar lines and Dover's soaring vocals, transforming the track into a smoky love letter to small towns,” while MusicRow shared “Dover is a forceful, confident singer with plenty of grit and swagger in his delivery…the small-town Georgian displays impressive range and volume on this salute to rural roots.”

Dover, with the help of his wife, created a popular series for his followers on TikTok called #CatchMeOffGuard, with his first medley garnering over 4 million views and gaining him early praise from the likes of Jimmie Allen, Luke Combs, Kidd G and Kameron Marlowe.