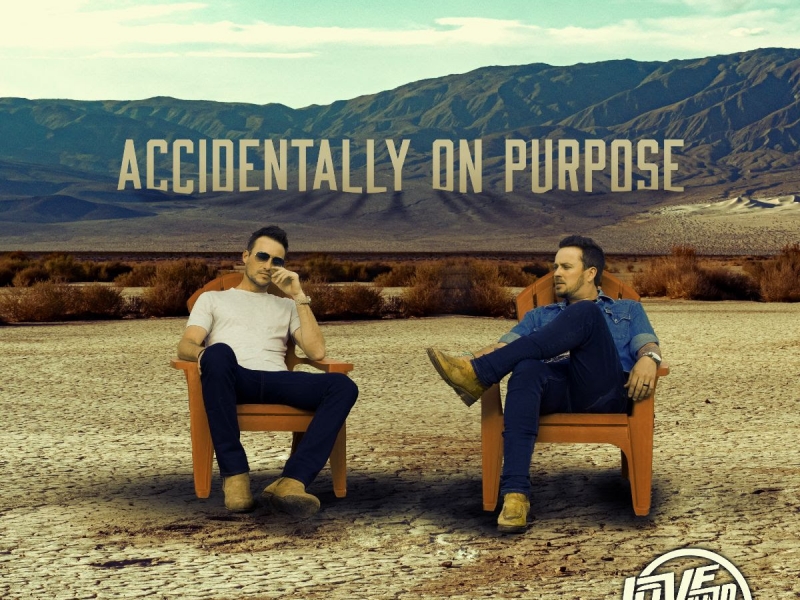 “We are thrilled to announce our signing with ONErpm and are very excited for fans to hear our new single,” says Eric Gunderson, half of the harmony-rich duo, along with bandmate and longtime friend Stephen Barker Liles. “‘Accidentally on Purpose’ is probably our favorite song from this project,” he adds. “We wrote it with our dear friend Bree Doster back before the world shut down, and we can’t wait for people to react to it. Though bittersweet in the end, it makes you move and makes you feel something!”

“ONErpm is proud to partner with veteran duo Love and Theft,” says Diana Garcia, project manager for one of the most successful music companies in the marketplace. “In their career, these guys have already garnered more than 3 billion radio impressions, over 300 million plays on Pandora and are nearing 3 million music video streams [the latter for the critically acclaimed “Whiskey on My Breath”].”

Love and Theft launched its career in 2009 with the top 10 hit “Runaway” and garnered a No. 1 with its 2012 country smash, “Angel Eyes.” The ACM/CMA/CMT–nominated duo has built a loyal fan base over the years who appreciate its high-energy shows and signature songwriting.

Additionally, the duo is featured on Nashville/Chicago-based nonprofit CreatiVet’s Veteran’s Day Special EP, performing “Another Day,” which was just released yesterday (Nov. 8), and performed at the  Whiskey Jam Takeover hosted by CreatiVets at Winners Bar & Grill in Nashville that evening.

Love and Theft will also appear on Fox Nation’s “Patriot’s Playlist” Wednesday, Nov. 10, which will include footage of the writing session for “Another Day” with co-writer and veteran Jerry Majetich. And on Sunday, Nov. 14, the duo will play the halftime show of the Titans game, also on behalf of CreatiVets. Liles shares, “CreatiVets efforts for veterans is a unique and artistic way for singers and songwriters to share their appreciation for those who sacrifice their lives to keep us safe.” Liles continues, “Music is a powerful thing, and we're honored to be a part of these events.”

For more on Love and Theft, check out the duo’s socials on Instagram and Twitter @LoveAndTheft and Facebook.com/LoveAndTheft.

About Love and Theft:
Love And Theft—Stephen Barker Liles and Eric Gunderson—launched with the top 10 hit “Runaway” and solidified their career with the No. 1 country smash “Angel Eyes.” The longtime friends and bandmates have gone on to garner more than 3 billion radio impressions, over 300 million plays on Pandora and are nearing 3 million music video streams for the critically acclaimed ballad, “Whiskey on My Breath.” The ACM/CMA/CMT nominated duo has built a loyal fan base through their high-energy shows, infectious harmonies and signature songwriting and is poised for the next chapter in their musical journey.

About CreatiVets:
Founded in 2013, CreatiVets is a nonprofit whose mission is to empower wounded veterans to heal through the arts and music. With a primary focus on veterans struggling from post-traumatic stress and traumatic brain injuries, CreatiVets introduces veterans to art and music as a way of healing their unseen wounds of war. CreatiVets hosts a number of songwriting and visual arts programs. All programs are available to veterans throughout the country and are 100% free for veteran participants to reduce any friction points for attending programs. Recently, CreatiVets teamed up with Big Machine Label Group in Nashville in 2020 to begin releasing music created by veterans for veterans. CreatiVets music can be found wherever you download or stream your music.