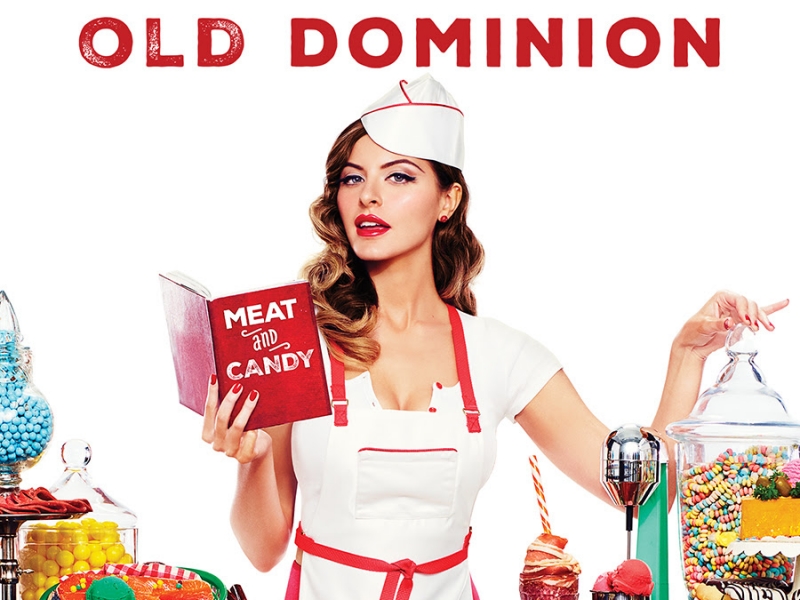 Nashville, Tenn. (September 11, 2015) – RCA Nashville’s group, Old Dominion, will release their debut album, Meat and Candy, on November 6. Meat and Candy was produced by GRAMMY Award-winning songwriter and producer, Shane McAnally, and physical copies can now be pre-ordered at Amazon. The highly anticipated album features the group’s Top 15 and still rising hit song “Break Up With Him,” the first song that the band of hit-songwriters wrote together collectively as a group.

“This is a HUGE moment for us! We are releasing our debut, major label full length album!” the band exclaims.

“When we were kids sitting in our rooms with our guitars and Rolling Stone magazines, this is THE moment we were imagining for ourselves.  As musicians and songwriters, we are very proud of every song on the album. We are looking to turn some heads and make some big noise here. We’re stepping out there on stage with the big boys and girls and our hope is that this album will prove we deserve to be there.”

2015 has been a big year for the band that has been together over eight years. It all kicked off with Old Dominion being included in multiple 2015 watch lists including Billboard, Huffington Post, Rolling Stone Country, Nashville Lifestyles and Spotify, where the band’s self-titled EP has garnered 22.2 MILLION streams. Those numbers reflect the excitement from both longtime and new fans of the band who tours relentlessly. By the end of 2015 Old Dominion will have performed 170 shows which includes 18 stadium dates opening up for Kenny Chesney this summer on the Big Revival Tour. The fans that have seen Old Dominion on the road this year have already gotten a taste of the songs that make up Meat and Candy.

Adding to the excitement leading up to the release of Meat and Candy the band members have launched “Meet Old Dominion,” a weekly online series to post every Wednesday throughout the month of September. The first two installments introduce lead singer Matthew Ramsey and guitarist, Brad Tursi.

7. Beer Can in a Truck Bed
Written by Matthew Ramsey/Trevor Rosen/Matt Jenkins

11. We Got It Right
Written by Matthew Ramsey/Shane McAnally/Ross Copperman