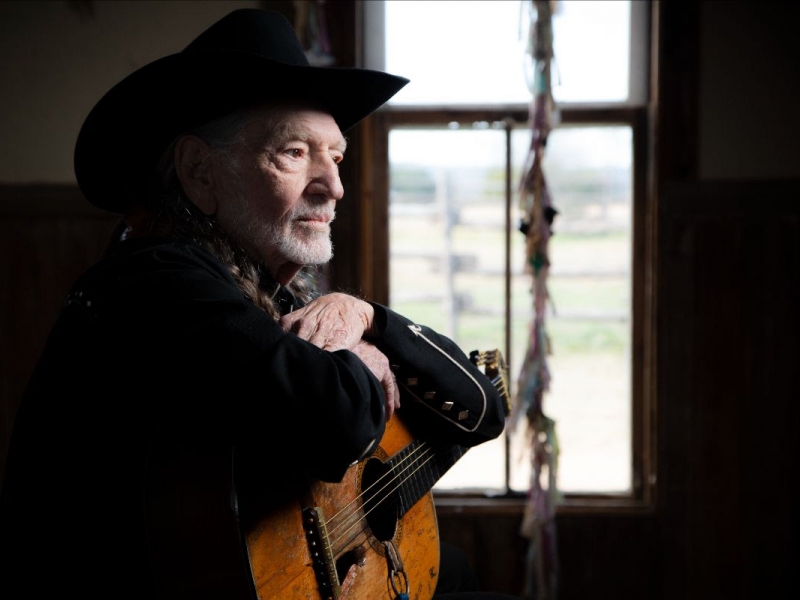 NEW YORK, NY— Blackbird Presents and Sight Unseen are thrilled to announce production is well underway on “Willie Nelson and Family,” the definitive docuseries on the extraordinary life and career of the iconic Willie Nelson. Emmy Award® & Grammy Award®-winning filmmaker Thom Zimny and Academy Award®-nominated & Emmy Award®-winning filmmaker Oren Moverman are co-directors of this multi-part docuseries. Willie and his family and friends are providing exclusive participation and access to his archives. Filming is underway in the deep-rooted Nelson locales of Austin, Maui, Nashville, Los Angeles and New York.

“Telling Willie’s story has been a lifelong dream of ours, and we feel privileged to realize this dream with Thom, Oren and Sight Unseen,” said Rothbaum and Wortman.

“Words like ‘honored,’ ‘excited’ and ‘humbled’ don’t come close to describing the way we feel about being entrusted with telling Willie’s story. And what a story it is! We are celebrating the music, the career, the long road, the family, friends and history. But, more than anything, we are piecing together a narrative – one never before seen in its entirety – about an extraordinary man with a unique ability to bring people together; folks of all races, orientations, genders, political ideologies and musical leanings. These days, we sure could use the healing powers of Willie Nelson,” said Zimny and Moverman.

At 88 years old, Willie is as vibrant, active and dynamic as ever. In the last year alone, he has led major online concert fundraisers for Farm Aid and the Austin Community Foundation. He was the voice of 13 major sports leagues as part of the Ad Council’s national ad campaign on vaccination awareness. He released a No. 1 album of new recordings, That’s Life, where he paid homage to his favorite Frank Sinatra songs, released his latest book Willie Nelson’s Letters to America and performed and was celebrated in a once-in-a- lifetime music special Willie Nelson: American Outlaw on A&E. He is one of the musicians leading the charge to safely get back “on the road again” with the announcement of his full calendar of concert and festival dates in 2021.

About Willie Nelson
With a seven-decade career, Willie Nelson has earned every conceivable award as a musician and amassed reputable credentials as an author, actor and activist. He continues to thrive as a relevant and progressive musical and cultural force. In recent years, he has delivered more than a dozen new albums, released a Top 10 New York Times’ bestsellers book, again headlined Farm Aid, an event he co-founded in 1985, been honored by the Library of Congress with their Gershwin Prize for Popular Song, received his 5th degree black belt in Gong Kwon Yu Sul, headlined the annual Luck Reunion food and music festival during SXSW, launched his cannabis companies Willie’s Reserve and Willie’s Remedy, and graced the covers of Rolling Stone and AARP The Magazine. In July 2020, Willie released his album First Rose of Spring – an atmospheric soulful showcase of beautifully-written songs and poignant performances. September 2020 brought a memoir with his sister and pianist Bobbie Nelson titled, Me and Sister Bobbie: True Tales of The Family Band. For 2021, he released a new studio album in February —That’s Life, Willie’s second album of standards and classics made famous by Frank Sinatra (his first, 2018’s My Way, earned Willie the Grammy for Best Traditional Pop Solo Album). The two legends were friends, musical colleagues and mutual admirers of each other’s work. In June 2021, a collection of his thoughts on America, family, faith and music hit shelves as a new book titled Willie Nelson’s Letters to America. These creative endeavors as well as new songs and performances that add to his classic catalog, find Willie Nelson rolling at an artistic peak, writing and singing and playing with the seasoned wit and wisdom that comes from the road.

About Oren Moverman
Academy Award®-nominated and Emmy Award®-winning filmmaker Oren Moverman has been involved in more than twenty-five independent feature films as a screenwriter, director, and/or producer over the past two decades. Moverman made his directorial feature debut in 2009 with The Messenger, which was nominated for two Academy Awards including Best Screenplay. Moverman wrote and directed: Rampart, Time Out of Mind, The Dinner with additional writing credits on: Love & Mercy, Human Capital, and I’m Not There – among others.

About Thom Zimny
Zimny is a Grammy® and Emmy Award®-winning artist, and the director of Bruce Springsteen’s latest feature Letter to You which documents the E Street Band in the studio recording their latest album and premiered on Apple TV+ in October 2020. Zimny has worked with Springsteen for the past 20 years, he co-directed Western Stars for Warner Bros. and won a 2019 Emmy Award® for his work on Springsteen on Broadway for NETFLIX. Other credits include: The Gift: The Journey of Johnny Cash and Elvis Presley: The Searcher. He has also helmed music videos for Bob Dylan, The Low Anthem and many others.

About Sight Unseen
Founded by producers Julia Lebedev and Eddie Vaisman in 2017, along with Academy Award nominated filmmaker Oren Moverman, Sight Unseen is a film and television production and financing company with offices in Los Angeles and New York. Most recently, the company produced/financed Cory Finley’s Bad Education starring Hugh Jackman, which won an Emmy Award for Outstanding Television Movie following its acclaimed debut on HBO and Justin Simien’s Bad Hair which was acquired out of Sundance and premiered on Hulu.  Bad Hair marked Sight Unseen’s 3rd collaboration with Simien following the Sundance hit Dear White People and the series of the same name, which is now in production on its fourth season on Netflix.

Sight Unseen is prepping A.V. Rockwell’s A Thousand and One with Focus Features and a Sammy Davis Jr. biopic with MGM, which is based on the book Sammy Davis Jr.: My Father written by Davis’ daughter Tracey and Dolores A. Barclay.