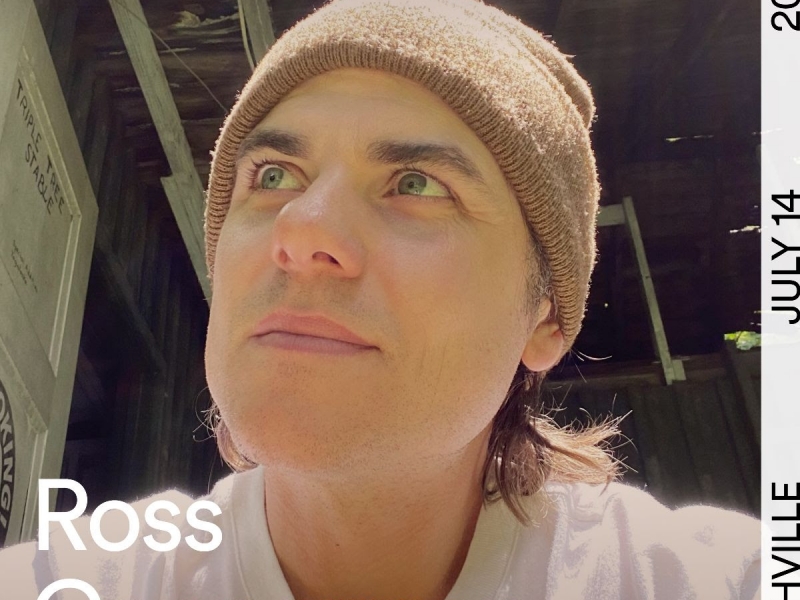 NASHVILLE, Tenn. – On the heels of a return to his roots as a solo artist with the release of EP, Somewhere There’s A Light On, earlier this spring, Photo Finish Records artist Ross Copperman releases his first-ever Spotify Singles. The two-song collection features an acoustic version of EP track “Electricity” as well as a cover of the Blake Shelton and Gwen Stefani No. 1 “Nobody But You,” which Copperman co-wrote. Listen to the Spotify Singles HERE.

“Some songs that I write for artists are more special than others, and ‘Nobody But You’ is one that has always resonated with me personally,” shares Copperman. “In the same way that Blake and Gwen sing it about each other, I wrote this song with my wife Katlin in mind. I wanted to release a stripped version to really get to the heart of the emotion behind it, and I am so grateful Spotify gave me that chance.”

After helping launch careers for some of country music’s biggest stars with songs that have become fan-favorites and staples in their catalogs, the man behind a decade of sound for Music City (Kenny Chesney and P!nk, Keith Urban, Blake Shelton and Gwen Stefani, Darius Rucker and many more) has come full circle. Also, recently producing American Idol-winner Chayce Beckham for the show’s finale on lauded track “23.”

The award-winning songwriter and mega producer started his journey as an artist in the early 2000s when he signed to the UK’s Phonogenic Records/RCA. He toured, landed syncs on popular shows and earned considerable traction with his debut before eventually relocating to Nashville where he became a student of songwriting, with a relentless work ethic and notable kindness.

After a staggering 31 No. 1s under his belt as a blockbuster songwriter-producer, it was time for Ross Copperman the artist to be heard again. Hope, joy and gratitude pulse throughout Somewhere There’s a Light On, a five-song collection of Copperman’s shimmery Southern pop. Featuring back-to-back singalongs and Copperman’s ferocious musicality, the EP is radio-ready piano, staccato percussion, synths, snaps and smooth vocals, with country music’s love of cohesive narratives.

Somewhere There’s a Light On features some of Copperman’s favorite songwriting collaborators, including a pair of songs written with Ed Sheeran (“Electricity” and “Therapy”) in addition to co-writes with longtime friends: Ashley Gorley, Emily Weisband, Josh Osborne, Shane McAnally and more.

ABOUT PHOTO FINISH RECORDSPhoto Finish Records is an independent record label boasting a diverse artist roster including alternative rock, indie pop and hip hop. The label was created and founded by Matt Galle and in 2021 will celebrate its fifteenth year of success. As the label grew and developed, Matt brought in his business partner Mike Marquis to co-run the label with him. PFR is known for developing and breaking an eclectic roster of artists such as 3OH!3, SHAED, Marian Hill, MisterWives, ROZES, The Mowgli's, and new signings The Maine, Elliot Lee, Lakeview, guardin, and joan. SHAED’s track "Trampoline" is double platinum with over 2 billion streams worldwide, 3OH!3's debut album "Want" is certified Gold with 3 platinum singles and over 15 million singles sold which includes collaborations with Katy Perry, Wiz Khalifa, Kid Cudi, Lil' Jon and Ke$ha. Marian Hill's releases including their debut album “Act One” have sold 12 million tracks making big waves with the breakthrough hit "Down" as well as successful albums from MisterWives and their gold single "Reflections," Anthony Green, Handsome Ghost, and many others. Matt Galle and Mike Marquis are well known and respected leaders in the music industry having both been recognized in Billboard’s 40 under 40 and two years (2020, 2021) in a row on Billboard’s Indie Power Players list.  The team is located in NYC and PFR is distributed through Virgin Music, Label and Artist Services.
Photo Finish Social LinksWebsite / Facebook / Instagram / Twitter / YouTube
Media Contacts:
Essential Broadcast Media, LLC
Ebie McFarland | Joseph Connerebie@ebmediapr.com | joseph@ebmediapr.com