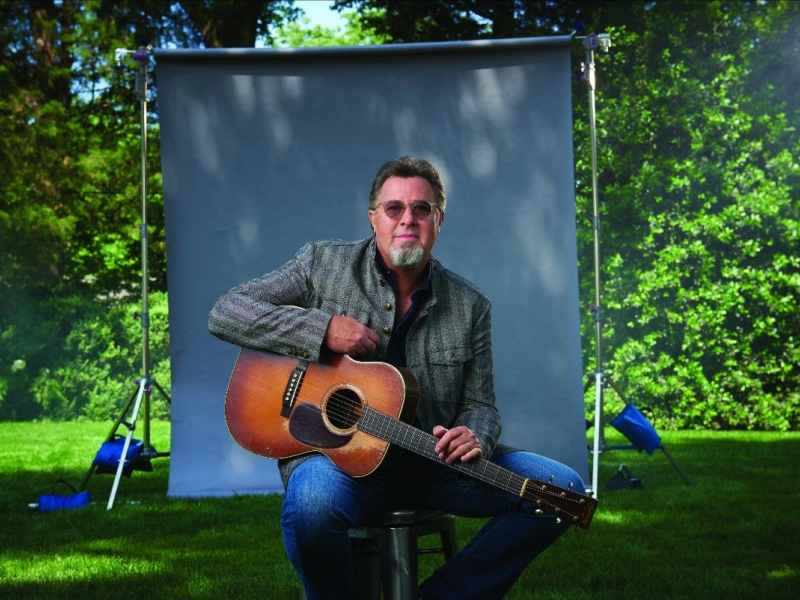 22-time GRAMMY Award winner and legendary songwriter Vince Gill has entered into a publishing/writer management agreement with independent music publisher Jody Williams Songs (JWS). Self-published since the beginning of his career, working with JWS marks the first time Gill has engaged creatively with any publishing entity. The company will be responsible for managing Vince’s writing calendar and the promotion of resulting new songs as well as his catalog of unrecorded songs.

JWS founder Jody Williams commented, “I’ve known and appreciated Vince since the mid ’80s when he first started having solo success as an artist. His self-recorded body of work has always been anchored by his exceptional skill as a songwriter. Those songs, along with that unmistakable voice and skill as a musician, have earned him a place of honor among the entire songwriting community... not to mention the Country Music Hall of Fame and the Nashville Songwriters Hall of Fame. Now, we look forward to helping forge new writing relationships and facilitating the next chapter of his song catalog.”

“I look forward to my partnership with Jody and Nina Jenkins and their passion for songs,” adds Gill. “Having never done this before, I am grateful for their willingness to champion what’s next for me creatively, and for an even closer friendship that’s already pushing forty years.”

About Vince Gill
One of the most popular artists in modern country music, Vince Gill is famous for his top-notch songwriting, world-class guitar playing and warm, soaring tenor, all wrapped up in a quick and easy wit. Gill achieved his big breakthrough in 1990 with “When I Call Your Name,” which won both the Country Music Association’s Single and Song of the Year awards as well as a GRAMMY. Gill has won 18 CMA Awards, including Song of the Year four times – making him the most-awarded artist in that category in CMA history. Since 1990, Gill has won 22 GRAMMY Awards. A wide-ranging songwriter, his compositions earned him entry into the Nashville Songwriters Hall of Fame in 2005. The Academy of Country Music has conferred on Gill eight awards, including its prestigious Home Depot Humanitarian Award and the 2011 Career Achievement Award. Gill was inducted into the Country Music Hall of Fame in 2007. He is also a member of the Grand Ole Opry since 1991. In August 2012, Gill was honored with a star on the Hollywood Walk of Fame. Gill has produced albums for The Time Jumpers, Amy Grant and Ashley Monroe and has made guest appearances on more than 1000 albums, including those by Barbra Streisand, Eric Clapton, Willie Nelson, Dolly Parton, George Jones and others. In 2017, Gill was invited to perform with the Eagles for a number of festival shows and continues to join them onstage. For a full list of tour dates, news, images and more, visit www.VinceGill.com.
###