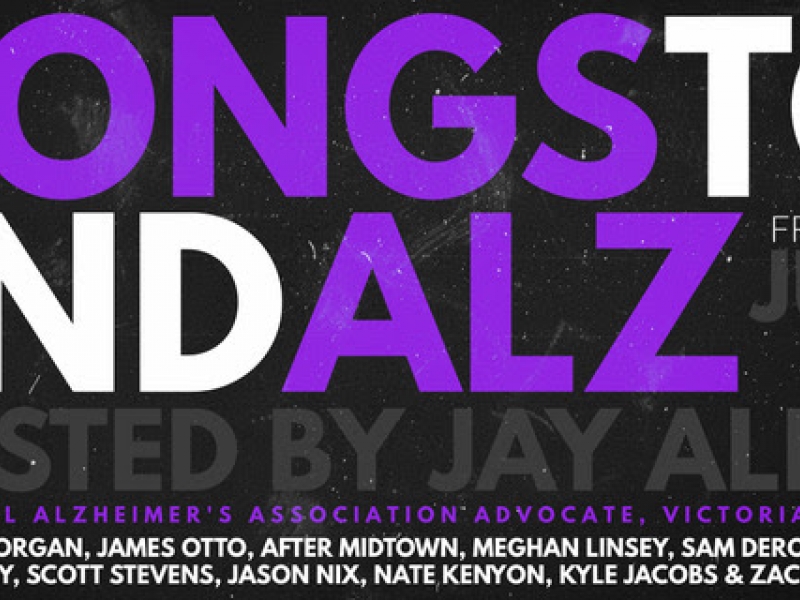 WHY: Jay Allen lost his mother in February 2019 to early on-set ALZ at age 54

Notes: Jay will co-host with Victoria Adamson, Board Chair – Young ProfessionALZ Board Alzheimer’s Association; Tennessee Chapter. Victoria lost her grandfather to ALZ in 2013 and Big Vinny will MC the event.

About The Longest Day
The Longest Day is the day with the most light — the summer solstice. On June 20, thousands of participants from across the world come together to fight the darkness of Alzheimer's through an activity of their choice. Together, they use their creativity and passion to raise funds and awareness for the care, support and research efforts of the Alzheimer’s Association.

About Jay Allen
Born in a small town in the American Plains, Jay Allen is passionate not only about his music, but is also deeply committed to raising money for Alzheimer’s, the disease that took his mother from him just over a year ago. Last year, in honor of World Alzheimer’s Day, Allen appeared on Chicago’s WGN “Midday News” in an interview about his viral social media release, “Blank Stares.” Allen’s “Blank Stares” reached over 300 millions views on Facebook and caught the attention of Verge Records COO, Mickey Jack Cones. To date, Allen has helped raise over $35 million dollars for the Alzheimer’s Association through his involvement with the Rita Hayworth Gala, Brain Ball and numerous other events worldwide. Jay Allen is booked by the Kinkead Entertainment Agency.