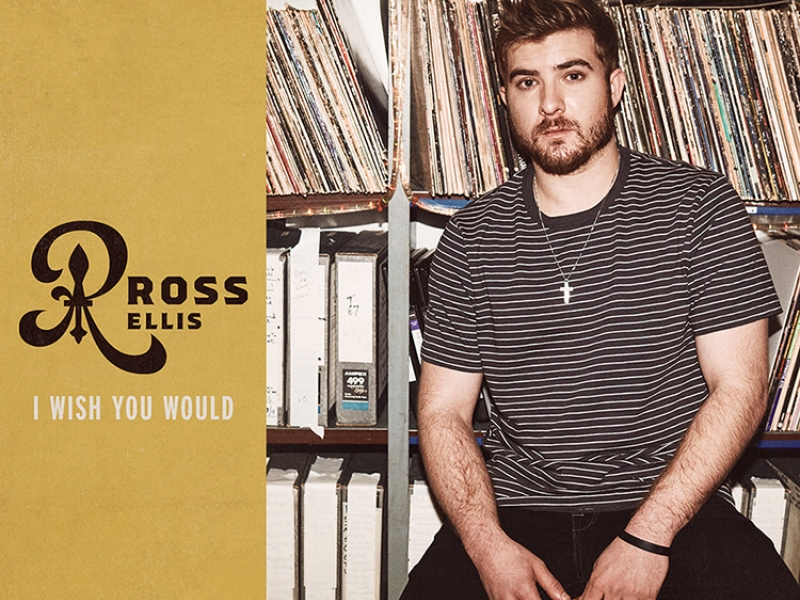 Ellis may have left his sleepy little Louisiana hometown of Monterey (population 439). But it has never left him. Through his music he uses his small-town past as a lens through which he can share his perspective on relationships, emotions and human behavior. The preachings of his church continue to resonate with him and even though he may not always heed them personally his hope is that the candor about his own human failings connects with listeners.

“Most of my songs have some part of my life experiences in them,” shares Ellis. “‘I Wish You Would’ is kind of a distant adult cousin to ‘Ghosts.’ Whereas ‘Ghosts’ deals with emotional and spiritual loss in a break up, ‘I Wish You Would’ is about dealing with the physical loss. It’s the fun, sexy kind of heartbreak. I’ve been through both and have more than one tee shirt.”

Produced by ­­­­­­­­Brandon Hood, executive produced by Dann Huff and written by Ellis alongside Michael Whitworth and Dan Fernandez, the passionate ode to lost lust and desire, finds the Louisiana native crooning:

Feel the heat from your touch again / Get saved by my favorite sin / I would in a heartbeat, baby, in a heartbeat / If you could slip it off, let it all fall to your feet / Get lost in you swimming under me / I'd let you drown me, baby

The new track follows Ellis’ latest musical offering “Love Blind,” which arrived last summer to critical praise from outlets including Billboard, Taste of Country, MusicRow, and Sounds Like Nashville; his breakthrough No. 1 song on SiriusXM’s The Highway, “Buy and Buy,” which country superstar Thomas Rhett told Nash Country Daily is “… one of the freshest songs on the radio;” his first release with Sony Music Nashville, “Home To Me;” and the hauntingly powerful “Ghosts,” named a “top song of the week” by Rolling Stone.

About Ross Ellis
Signed to Sony Music Nashville, Ross Ellis was born and raised in the small town of Monterey, Louisiana. At 15 years old, he started the band, “Wayside” with his cousin and some high school friends. The group gained a strong following throughout Ellis’ high school and college years, playing venues across Louisiana and Mississippi. After graduating from University of Louisiana at Monroe, Ellis turned down multiple job offers to instead move to Nashville. After a month of living out of hotels, Ellis met singer/songwriters Jameson Rodgers and Hunter Phelps, who were looking for a third roommate. After less than a year of working part-time jobs, evening and weekend writing, and playing writer’s rounds, Ellis caught the attention of BMI’s Bradley Collins. A short time later, he signed at Big Deal Music. He also celebrated a career milestone when fellow Louisiana native, Tim McGraw, released in October of 2018 the new single, “Neon Church,” co-written by Ellis, Ben Goldsmith and Ben Stennis. Ellis released “Home for the Weekend” in 2017, followed by his hauntingly powerful song, “Ghosts,” in 2018 which Rolling Stone named a “top song of the week,” his uplifting track “Home to Me” in early 2020 and “Love Blind” in July 2020. For more information, visit  rossellismusic.com or on social media @RossEllisMusic.