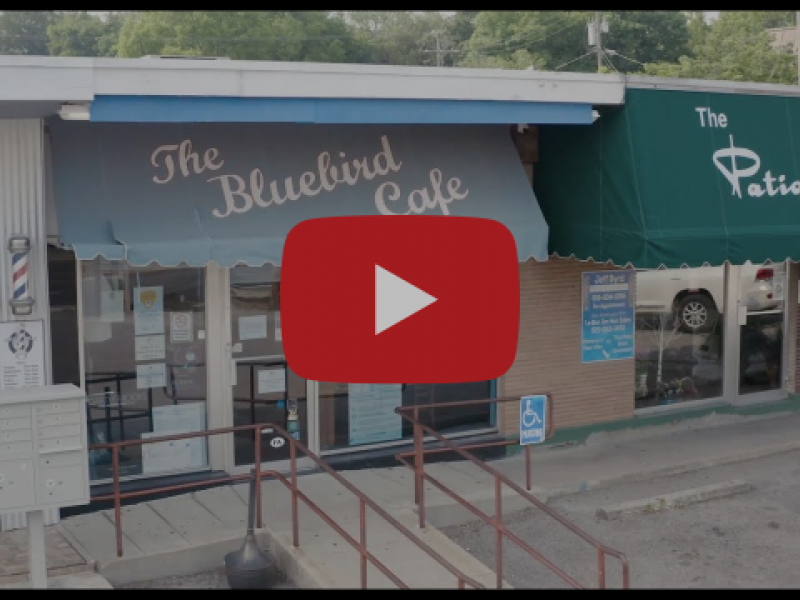 Morris Higham Management teamed up with The Bluebird Cafe and the Ryan Seacrest Foundation (RSF) to give pediatric patients across the country an authentic Nashville experience. In the summer of 2020, RSF launched The Nashville Sessions – a mini concert series exclusive to the foundation’s Seacrest Studios network. Artists perform several songs and then provide that special songwriter insight on the story behind the song itself, during a sit-down interview.

In early winter of 2021, Morris Higham reached out to RSF about doing a takeover with artists from their roster. “In a year with so much uncertainty, one thing remains clear and that is things are a lot lighter when there’s music to get you through it,” shares Clint Higham, President of Morris Higham. “We are so thankful for the great work the Seacrest Foundation continues to spearhead for these families who are already juggling so much.”

As The Nashville Sessions project has evolved, RSF and the Seacrest Studios team from Monroe Carell Jr. Children’s Hospital wanted to add an additional element to the package for patients – tours and a behind-the-scenes look at some of Nashville’s most iconic venues. The Bluebird Cafe was the first location to come to mind and due to the support of the Bluebird’s partner, City National Bank, the space was able to be donated for this special taping.

“It was an honor to host a portion of The Nashville Sessions in The Bluebird Cafe, said Erika Wollam Nichols, General Manager for The Bluebird. “One of the highlights of being at The Bluebird (in real life) is the chance to hear both songs and stories in an intimate setting and connect with the writers and their music.  I believe these sessions capture the feeling of being here, in our tiny room, and hopefully, patients watching will learn something new about their favorite songs while getting acquainted with the talented creators behind them.”

Four artists participated in this installment, including ACM Award-winning artist Brantley Gilbert, Brandon Lay, Chase Wright and Joey Hendricks. Gilbert is no stranger to the foundation and its Seacrest Studios, having visited the studio at Monroe Carell Jr. Children’s Hospital and striking up a special connection with a young boy who had just received a heart transplant.

“My time in Seacrest Studios at Monroe Carell Jr. Children’s Hospital at Vanderbilt really had an impact on me. It was such a blessing to be able to visit with the special families there, and it encouraged me to always dive in headfirst when given the opportunity to connect with folks in similar situations,” said Gilbert. “I’m so grateful to be a part of The Nashville Sessions for Seacrest Studios, and I hope we get the privilege to meet with patients and families in person again soon.”

Morris Higham has been a long-time support of the foundation, with the large majority of their roster having done visits with Seacrest Studios across the country and serval artists selecting RSF as a charitable recipient for campaigns and benefit concerts.

“We are so grateful to the entertainment community here in Nashville,” said Meredith Seacrest, Executive Director & COO for the Ryan Seacrest Foundation. “So many of the patients and families our partner hospitals serve will never get the chance to visit Nashville or see these artists live, so these sessions are truly a gift for them. Adding in the opportunity for them to learn about and see a venue as iconic as The Bluebird Cafe makes this session extra special!”

For more information about The Nashville Sessions or to inquire about getting involved with future sessions, please contact Nicole Mead, Senior Director of Business Development and Operations for RSF at nmead@ryanseacrestfoundation.org.

About The Bluebird Cafe
Since opening its doors in 1982, Nashville’s Bluebird Cafe is a small but mighty venue where up and coming songwriters and artists rise to fame and build their careers. From the novice to the star, all songwriters are welcomed and supported. Over the past 39 years, it has developed into one of the most significant music venues in the world. Artists such as Kathy Mattea, Garth Brooks, Faith Hill and Taylor Swift have had career moments along with the countless hit songwriters whose music is represented on a wide-range of charts. The Bluebird also provides performance opportunities for rising songwriters in order to grow and develop their craft through the weekly Monday Open Mic night, quarterly auditions, and the up-and-comers’ Sunday Writers Night. Over 80,000 people visit the venue annually; many of them as a result of seeing the Bluebird on television. For more information, visit bluebirdcafe.com.