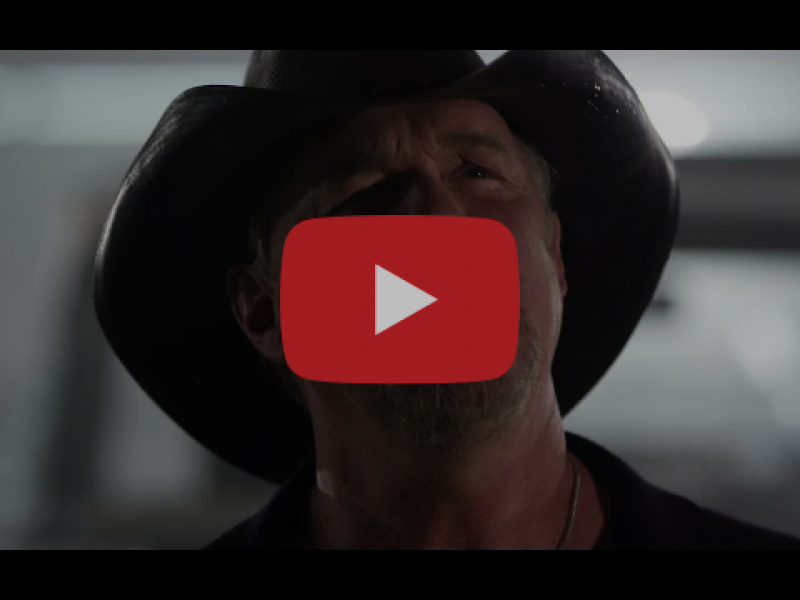 Directed by Mike Stryker, the video stars the Louisiana-native and his wife Victoria Pratt in Hartsville, Tenn., as Pratt appears to have had her heartbroken by a special soul named Gary who has left her suddenly. She searches inconsolably for her missing beau, until Adkins delivers Gary, the missing family dog, to Pratt’s arms.

Written by Greg Crowe, Johnny Garcia and Adam Wood, “Heartbreak Song,” “offers up a classic, solid-gold country heartache ballad,” praises Taste of Country, while MusicRow offers Adkins “doesn’t know how to be anything but charismatic. This rolling, midtempo tune decries happy-happy, feel-good country songs and points out that sometimes ya just gotta have heartache in your audio diet.”

Approaching the 25th anniversary of his first album Dreamin’ Out Loud, Adkins is back in the studio readying his 13th LP, following over 11 million albums sold and over 20 charted singles in his career to-date.

“There’s nothing else like it,” shares the Grand Ole Opry member. “That is still my favorite thing to do in this business: go into the studio with some lyrics and a melody and then let the finest musicians in the world help turn it into something magical. It liberates me.”

Adkins will join Blake Shelton on the Friends and Heroes Tour 2021, including a stop in Nashville, Tenn. at Bridgestone Arena. For all of Adkins’ current tour dates and to purchase tickets, visit TraceAdkins.com.