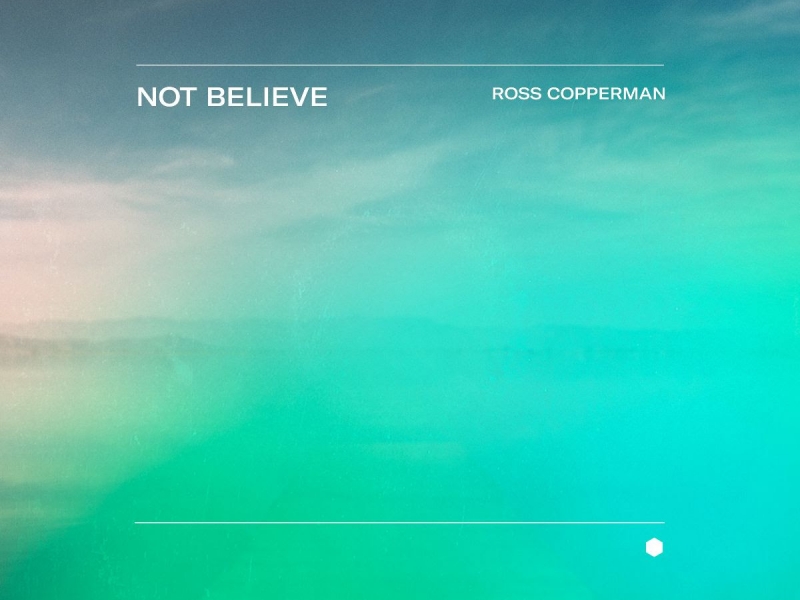 Widely recognized for helping launch the careers of some of country music’s biggest stars as an award-winning songwriter and producer for likes of Kenny Chesney and P!ink and Blake Shelton and Gwen Stefani, Ross Copperman is coming full circle with the release of his forthcoming, five-song EP, Somewhere There’s A Light On, arriving May 21 via Photo Finish Records. Copperman’s latest song, “Not Believe,” is available today, joining already released title-track, “Somewhere There’s A Light On,” and “Electricity,” cowritten by Ed Sheeran.

The irresistibly melodic new track is a sample of the hope, joy and gratitude that pulses throughout the entire collection of Copperman’s shimmery Southern pop:

“I’ve lived a lot of life since I first began my journey as an artist,” shares Copperman who began his career as an artist signed to the UK’s Phonogenic Records/RCA. “The extraordinary chapters of my life as a songwriter and producer led me back here. With these songs, it feels like the perfect time to re-introduce myself.”

The EP’s radio-ready piano, staccato percussion, synths, snaps and smooth vocals are met with country music’s love of cohesive narratives. Copperman co-wrote the most recent track “Not Believe” with its grace-filled love, alongside Jordan Reynolds and Emily Weisband. Somewhere There’s A Light On finds Copperman working with favorite collaborators, including a pair written with Ed Sheeran, “Electricity” and upcoming track “Therapy.”

“I’ve always felt like my purpose in writing songs that I record would be to share joy and encourage someone who’s down,” explains the blockbuster songwriter-producer and pop stylist. “I’m inspired and also, feeling a little vulnerable which feels good. I’m excited. It’s my next chapter.”

ABOUT PHOTO FINISH RECORDSPhoto Finish Records is an independent record label boasting a diverse artist roster including alternative rock, indie pop and hip hop. The label was created and founded by Matt Galle and in 2021 will celebrate its fifteenth year of success. As the label grew and developed, Matt brought in his business partner Mike Marquis to co-run the label with him. PFR is known for developing and breaking an eclectic roster of artists such as 3OH!3, SHAED, Marian Hill, MisterWives, ROZES, The Mowgli's, and new signings Elliot Lee, Lakeview, guardin, and joan. SHAED’s track "Trampoline" is double platinum with over 2 billion streams worldwide, 3OH!3's debut album "Want" is certified Gold with 3 platinum singles and over 15 million singles sold which includes collaborations with Katy Perry, Wiz Khalifa, Kid Cudi, Lil' Jon and Ke$ha. Marian Hill's releases including their debut album “Act One” have sold 12 million tracks making big waves with the breakthrough hit "Down" as well as successful albums from MisterWives and their gold single "Reflections", Anthony Green, Handsome Ghost, and many others. Matt Galle and Mike Marquis are well known and respected leaders in the music industry having both been recognized in Billboard’s 40 under 40 among other accolades. The team is located in NYC and PFR is distributed through Virgin Music, Label and Artist Services.