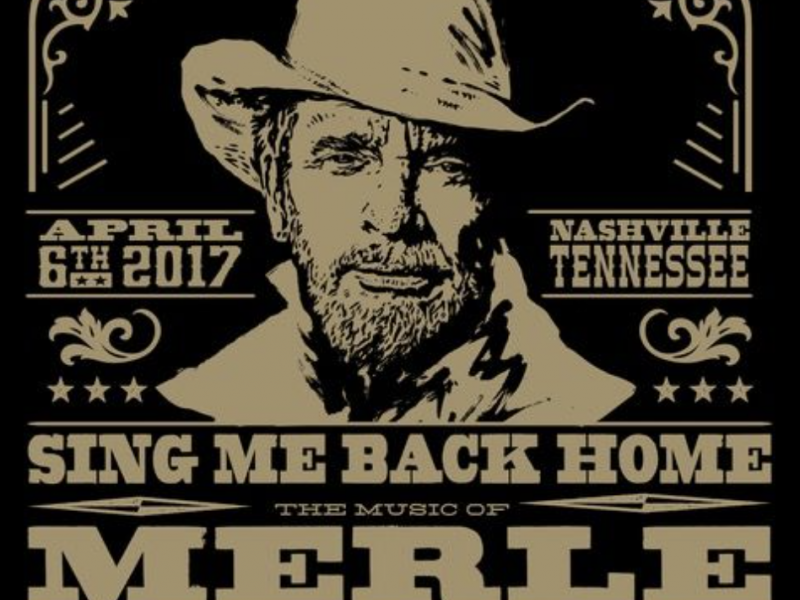 Blackbird Presents is proud to release Sing Me Back Home: The Music Of Merle Haggard. The concert event was a one-night only gathering of artists that joined together at Nashville’s Bridgestone Arena to honor the songs of music legend Merle Haggard. Blackbird Presents / Caroline Records have released the full-length concert film in all audio and video formats, including digital and streaming, as well as CD/DVD combo, available at http://musicofmerle.com.

Keith Wortman, Mark Rothbaum and Theresa Haggard are the creators and executive producers of the show. Don Was, Ben Haggard and Buddy Cannon served as music directors.

About Merle Haggard:
In a career that spanned more than 50 years, Merle Haggard racked up an astounding 38 number-one country hits and every major award imaginable. Songs like “Mama Tried,” “Okie From Muskogee,” “I’m A Lonesome Fugitive” and “The Fightin’ Side Of Me” continue to inspire new generations of artists and fans alike. He was an iconoclast who refused to bend to country music convention and helped create the indelible Bakersfield sound. He gave voice to outlaws and outsiders and in a way that few, if any, have ever equaled.