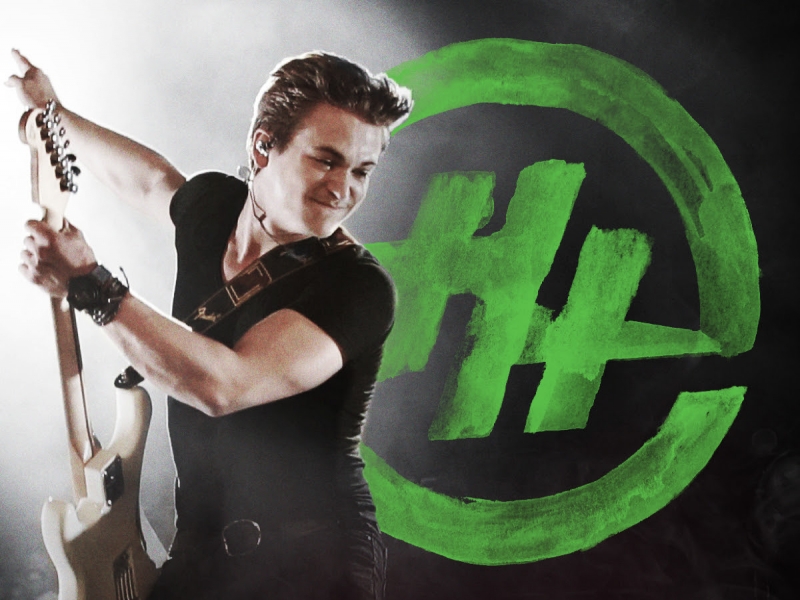 Friday, August 14, 2015 - 1:30pm
Cutting-edge collaboration with Spotify rewards select devoted music listeners during Hayes’ upcoming 21 Tour; first round of dates announced today
NASHVILLE, Tenn. (August 14, 2015) – After launching what Billboardcalled “country’s biggest digital experiment to date” with the streaming and digital release of his new single “21”– already resulting in nearly 21 million global streams of “21” in less than 10 weeks, and counting –Hunter Hayes continues to explore new ways to connect with his audience. Earlier this year, the tech-savvy artist collaborated with streaming music service Spotify to help route the upcoming 21 Tour by identifying college markets with a high density of passionate Hunter Hayes fans.  The first round of dates for the 21 Tour are being unveiled today, August 14, with ticketing information and more dates to be announced in the coming weeks.

“I’ve been calling this the year to be brave, because we’ve really been pushing ourselves to try new things, whether it’s how we release new music or how we go on tour,” said Hayes. “Our fans are everything to us, and it’s so incredible we have a way to reward our biggest fans to create even more cool opportunities together.”

For the 21 Tour, which will be a limited run of 21 dates in 21 U.S. cities, Hayes is scaling back from his current arena show to create a more up-close-and-personal experience for his fans. Together with Spotify, Hayes will reward his biggest fans in each of the 21 cities with pre-sale access to tickets, and offer the top 21 fans in each market prizes including early entry to the show, meet-and-greet opportunities, signed memorabilia, and more. The fan who streams Hayes’ music the most in each market will also be rewarded with a one-year subscription to Spotify Premium.

Fans can stream a playlist of Hayes’ discography at http://smarturl.it/hh21

“Hunter is laser-focused on building connections with his fans and has completely embraced streaming on Spotify as a core means to that goal, “ said Katie Schlosser, Director, Label Relations North America at Spotify. “It’s been incredibly rewarding working so closely with Hunter and his team. This collaboration has helped define our entire release strategy and we continue to explore bold new ways to deepen the relationship between Hunter and his audience.”

Up-and-coming Nashville singer/songwriter Ryan Lafferty will open for Hayes on most dates on the 21 Tour, with chart-topping country artist Kelsea Ballerini joining as a special guest at the Nov. 5 show at Western Kentucky University in Bowling Green.

The first round of dates to be announced for Hunter Hayes’ 21 Tour are as follows:

Hayes will continue on the Wheels Up Tour with Lady Antebellum and Sam Hunt through the end of summer. For more information and the latest updates, visit www.HunterHayes.com or follow on Twitter / Instagram @HunterHayes and www.Facebook.com/HunterHayes.

About Hunter Hayes
Hailed as a "country-rock-blues guitar hero in the making" by the Los Angeles Times, five-time GRAMMY nominee Hunter Hayes is a singer, songwriter and multi-instrumentalist who roared onto the music scene with his Platinum-selling, No. 1 self-titled debut album and chart-topping sophomore album, Storyline, on Atlantic Records. With three No. 1 singles already under his belt (including the multi-Platinum smash “Wanted,” “Somebody’s Heartbreak,” and “I Want Crazy”), Hayes delves into unprecedented territory with the digital and streaming release of his latest single, "21." He is currently on the road with Lady Antebellum and Sam Hunt for the Wheels Up Tour and will launch his own 21 Tour this fall.  For the latest updates, visit www.hunterhayes.com or follow on Twitter/Instagram @HunterHayes and www.Facebook.com/HunterHayes.

About Spotify
Spotify is an award-winning digital music service that gives you on-demand access to over 30 million tracks.  Our dream is to make all the world’s music available instantly to everyone, wherever and whenever you want it.  Spotify makes it easier than ever to discover, manage and share music with your friends, while making sure that artists get a fair deal.

Spotify is now available in 58 markets globally with more than 75 million active users, and over 20 million paying subscribers.

Since its launch in Sweden in 2008, Spotify has driven more than US$3bn to rights holders. Spotify is now the second biggest source of digital music revenue for labels in Europe, and the biggest and most successful music streaming service of its kind globally / www.spotify.com. For more information, images or to contact the team, please head over to our press page at http://press.spotify.com/