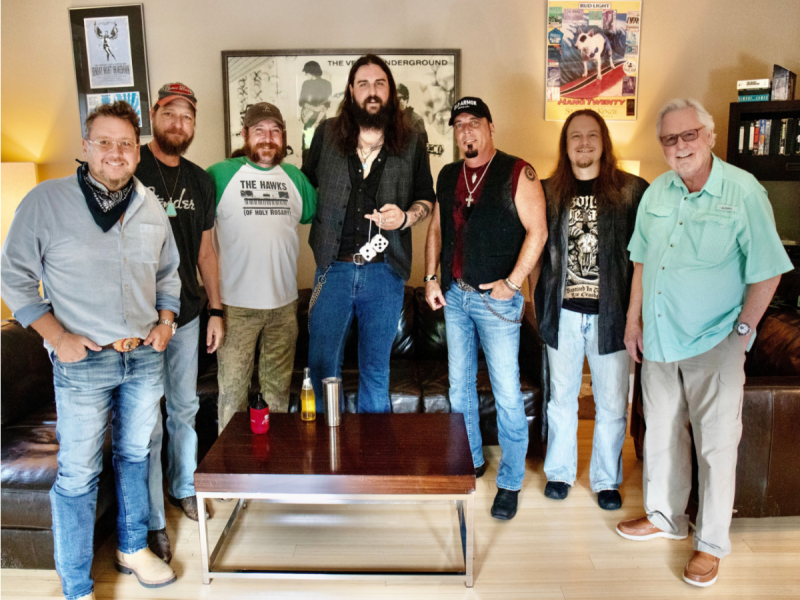 NASHVILLE, Tenn. – Longtime Nashville manager Erv Woolsey, CEO & Founder of the Erv Woolsey Company (EWC), has announced the formation of a label imprint under the EWC umbrella, Rollin’ The Dice Records, which will operate under a distribution deal with Copperline Music Group. The imprint’s first signees, Stone Senate, are set to release their take on George Strait’s “The Fireman” this Friday, July 17. Pre-save HERE.

As the ever-evolving landscape of music creation and development allows artists to deliver a finished product directly to the consumer, Woolsey saw the benefit of developing distribution and label service partnerships that cater to his artists’ individual needs and specifications. The Nashville-based, digital-focused record label imprint will focus primarily on select EWC artists to execute all marketing and distribution of releases.

“We aren’t by any means trying to play the mainstream record label game,” says Woolsey. “But with modern technology and so many creative outlets at our disposal in this day and age, it allows us the opportunity to give our newer artists or select passion projects a stronger start and higher profile early in the development of their career.”

“Copperline Records is in business to connect and create multiple avenues for record labels to give their music a way to be heard by the masses. On behalf of the whole team at Copperline Music Group, we are eager to develop passion projects for the great Erv Woolsey,” adds CMG Head of A&R and Label Acquisitions, Dewayne Brown.

The Erv Woolsey Company is home to country star LeeAnn Womack plus flagship artist and music icon George Strait along with many other formidable artists.

About Rollin’ The Dice Records
In 2020 Erv Woolsey, CEO & Founder of The Erv Woolsey Co. (EWC), recognized a recurring need among new artists in the company’s management division – a platform for a project from Stone Senate, a new band on EWC’s roster. In an effort to provide that outlet while also looking at the future needs of other up-and-coming artists signed to the company, he created Rollin’ The Dice Records, a record label division that will provide marketing and distribution for independent releases by new artists.

About Stone Senate
Stone Senate has been called “a heavier version of Lynyrd Skynyrd, crossed with The Allman Brothers Band.” While being mentioned in such heady company is flattering, one thing Stone Senate is most definitely not, is a retro act. They are taking what came naturally from their collective influences a step further. Fronted by lead vocalist/guitarist Clint Woolsey’s smoldering, soulful vocals and unmistakable stage presence, stage left and stage right are burning with dual lead guitars of James Edwards and Ted Hennington. Add to these the blood bonded rhythm section of “The Mud Brothers”- Paul Zettler on bass/vocals and David Zettler on drums/vocals and you have caught lightning in a bottle. Having been together since 2012 and touring relentlessly ever since, the band has opened for Poison, Styx, Collective Soul, Lit, Asleep At The Wheel, David Alan Coe, Vince Neil, David Lee Murphy, Three 6 Mafia, Snoop Dogg, Kentucky Headhunters, Saving Abel and Whitey Morgan, to name a few. 2014 marked the band’s first studio record, 1, produced by Vance Powell and Eddie Spear, with five singles released to Active Rock, Classic Rock and Triple A radio, both terrestrial and streaming. In 2016, Stone Senate teamed up with famed guitarist Kenny Olson (Kid Rock, Seven Day Binge, Kenny Olson Cartel) to co-produce record number two, Star City, which featured three radio singles. The band is now set to release their latest single with Rollin’ The Dice Records and Copperline Music Group (CMG), with a new album to follow in late 2020.