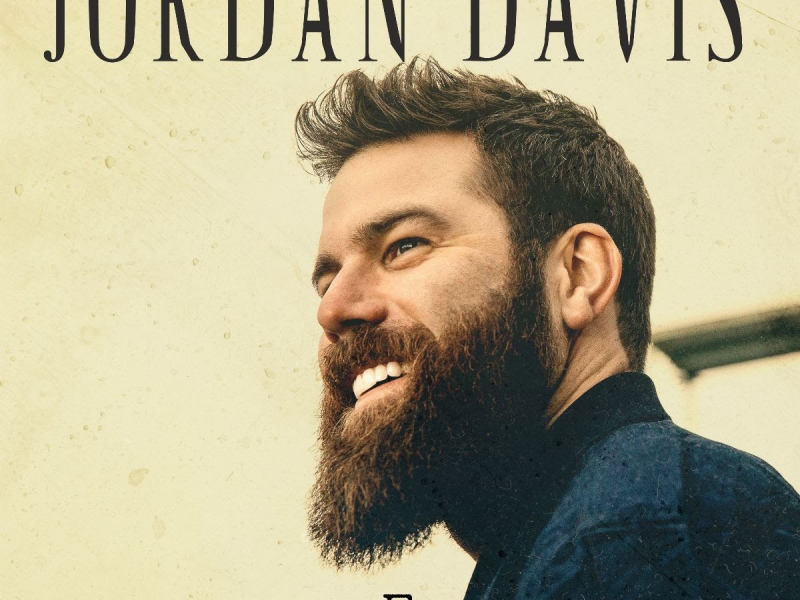 “Rips Pages From The Book Of John Prine” – American Songwriter

Official Music Video for “Church In A Chevy” Premieres Today at 11 a.m. CT; Preceded By YouTube Live Chat with Davis at 10:30 a.m. CTDavis to Perform on Country Outdoors LIVE Tonight at 7 p.m. ET on Outdoor Channel

A lot has changed for 2020 ACM Best New Male Artist of the Year nominee Jordan Davis since moving to Music City. From signing a record deal with MCA Nashville to racking up over one billion streams of his debut album Home State and notching three consecutive No. 1s, one thing has remained constant for the breakthrough hitmaker, his love for the craft of songwriting. That passion continues to drive his latest project, a six-song, self-titled EP out TODAY featuring latest single “Almost Maybes” which Billboard calls “a sure contender for song of the summer.” Listen to the EP HERE.

“We closed Home State with ‘Leaving New Orleans’ and it was one I almost didn’t record…I got too caught up in the lyrics and worried if you were not from New Orleans you wouldn’t be into the song. But at shows across the country people would sing the chorus back to us. The location didn’t matter to them, it was the meaning behind the lyrics that struck a chord. I wanted to lean into that and create more songs like it for this project.”

Teaming once again with Home State producer Paul DiGiovanni, Davis delivers the catchy hooks and sing-a-longs that have become his signature with tracks like “Almost Maybes,” written with songwriting heavy weights Jesse Frasure and Hillary Lindsey, and the lighthearted “Ruin My Weekend.” But the man American Songwriter describes as, “the kind of high-wire act always balancing between commercial viability and lyrical splendor” goes deeper with the personal “Detours” and spiritual “Church In A Chevy,” a song that now feels even more timely in the face of the worldwide COVID-19 pandemic.

“I hope this EP creates a bridge for fans between albums…a nod to where we’ve been and a preview of where we are going,” shares Davis. “Every time I step in a writer’s room it is an opportunity to create something that resonates, that lasts, and that hopefully makes a difference. That’s what I hope these songs will do.”

In addition to the EP release, Davis will premiere the official music video for “Church In A Chevy” today at 11 a.m. CT with a pre-premiere YouTube live chat with fans at 10:30 a.m. CT.

“When we wrote ‘Church In A Chevy’ it felt like it was more for me than anyone else. I’d been on the road a lot, Eloise was about to be born and I was feeling overwhelmed,” Davis notes. “Six months later this song feels even more relevant. Things are crazy right now and I hope this song helps fans find the same peace it brought me.”

Fans can also tune in to Country Outdoors LIVE tonight at 7 p.m. ET on Outdoor Channel where Davis will perform and chat with hosts Mary O'Neill Phillips and Nick Hoffman and after the show the conversation will continue on Outdoor Channel's Facebook Page!For additional information, visit jordandavisofficial.com. Follow Jordan on Instagram, Twitter, and Facebook.

About Jordan Davis
MCA Nashville’s Jordan Davis has been named an “Artist to Watch” by Billboard, Rolling Stone, CMT, Pandora, Shazam, Amazon Music, Sounds Like Nashville, The Tennessean, SiriusXM, Whiskey Riff, and more. A Native of Shreveport, Louisiana, Davis graduated from LSU and briefly pursued the path of his degree working as an environmental consultant; however, his passion for music and songwriting eventually compelled him to move to Nashville in the summer of 2012. Davis’ debut album Home State has accumulated 1 billion streams worldwide and features his recent No. 1 hit single “Slow Dance In A Parking Lot” as well as two recent back-to-back hits Double Platinum-Certified “Singles You Up” and Platinum-Certified “Take It From Me.” In 2019 Davis won Best New Country Artist at the iHeart Radio Music Awards and was a nominee for ACM New Male Artist of the Year. He was also named Billboard’s Top New Country Artist of 2018 as well as Country Aircheck/Mediabase’s Most Heard New Artist of 2018, all ahead of his 2020 ACM New Male Artist of the Year nomination. The hitmaker recently released a collaboration with GRAMMY-nominated artist Julia Michaels titled “Cool Anymore.” The track was written by Jordan and Julia along with Nicolle Gaylon, Ross Copperman and Emily Weisband and is one-of-six new songs off his self-titled EP. The singer/songwriter has previously toured with the likes of Rascal Flatts, Jake Owen, Kip Moore, Brett Young and Old Dominion. Davis recently headlined his Trouble Town Tour hitting over 20 cities including Los Angeles, Atlanta and Denver with up-and-comers Kassi Ashton and Hailey Whitters on select dates. For additional information, visit www.jordandavisofficial.com.