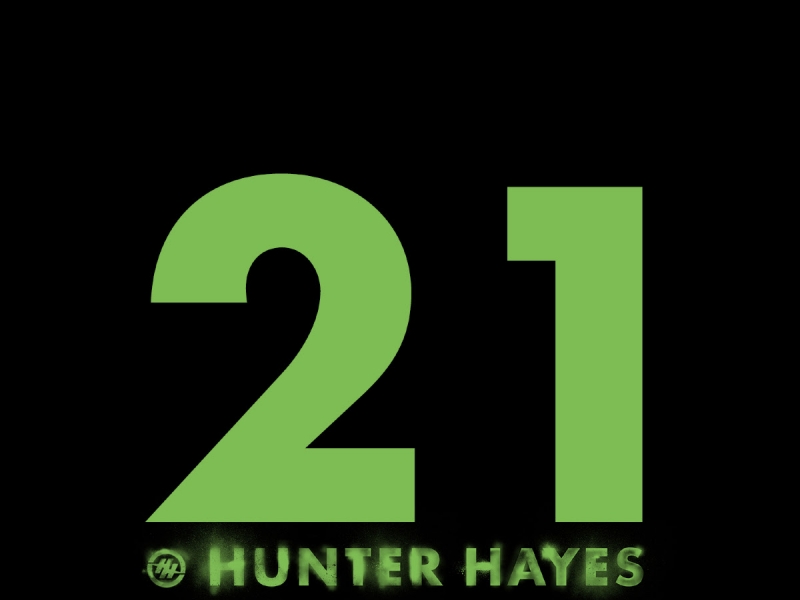 Wednesday, June 10, 2015 - 10:00am
"21" added by almost 100 stations as Billboard wonders if the young star can ‘help usher in a much-needed digital era for country’
NASHVILLE, Tenn. (Wednesday, June 10, 2015) – Hunter Hayes is this week's No. 1 most-added country artist with nearly 100 total stations already falling for the party-all-your-life energy of "21." The new way Hayes is approaching the release of his latest single is drawing widespread attention, too.

The 23-year-old GRAMMY Award-nominated singer, songwriter, multi-instrumentalist and producer is abandoning the usual method of releasing a song or two ahead of an album release and instead focusing on delivering a collection of brand new tracks to streaming outlets and country radio first, and eventually iTunes and other digital outlets. He has no immediate plans for a new album or to release music through physical outlets.

Billboard called the decision to release “21” only to streamers and country radio on May 21 “country’s biggest digital experiment to date.”

“Change is not a bad thing – it’s a beautiful thing,” Hayes said in the article.

The strategy is off to a strong start. Spotify alone has logged almost 4.5 million streams of “21” since its premiere. And the 94 adds at country radio was the second-best impact week of his career behind then-record 117 for his triple-Platinum hit “I Want Crazy” from his self-titled debut album.

Produced by Hayes and his co-creator, Dann Huff, Hayes also shares a songwriting credit on “21” alongside Dallas Davidson, Kelley Lovelace and Ashley Gorley.

Currently on the road touring North America with Lady Antebellum and Sam Hunt, Hayes recently sold out multiple arenas across the US and Canada on his 2014 headlining Tattoo (Your Name) Tour. Hayes also completed successful promo trips to the UK and Australia in 2015, including his sold-out Let's Be Crazy UK Tour in May. He will be returning to the UK and Ireland this fall for additional dates.