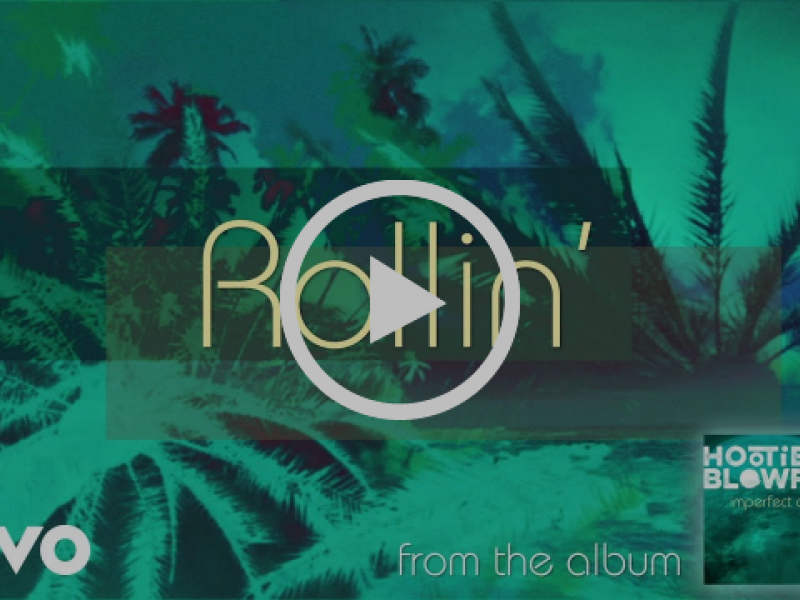 Nine months after delighting fans with the news of their first album in nearly fifteen years, Hootie & the Blowfish share the first taste of what’s to come with Imperfect Circle’s November 1 release via “Rollin’,” now available at all digital retailers and streaming platforms.

Written by Hootie & the Blowfish together with Adam Doleac, Zach Kale and John King, the track premiered exclusively with Billboard yesterday, September 5.

“When we started getting that one going I was like, ‘Man, we’re a Southern rock band when we play this,’” frontman Darius Rucker shared. “I loved it. It's like us trying to play a Black Crowes or Allman Brothers cover. I love the feel of that ’cause we don't do that a lot.”

Billboard also broke the news of Imperfect Circle’s track listing, with highlights including a Lucie Silvas feature on “Wildfire Love,” which features Ed Sheeran as a co-writer, as well as Chris Stapleton’s penmanship on the only outside cut, “Hold On,” and Sheryl Crow on backing vocals throughout the album.

“I think it’s cool that Imperfect Circle kind of has the same ring to it as Cracked Rear View where you’re looking back and you realize nobody’s journey is perfect, but here we are,” says guitarist Mark Bryan of the album’s name. “We’ve been playing together for thirty-something years and for us to be here and to be doing this tour, to be making a record, it just seems like Imperfect Circle was perfect,” adds Rucker.

For more information, visit www.Hootie.com, and follow on Facebook @hootieandtheblowfish, Twitter @HootieTweets and Instagram @hootieofficial.About Hootie & the Blowfish
With the rich, bluesy vocals of Darius Rucker and gleeful harmonies of guitarist Mark Bryan, bassist Dean Felber and drummer Jim “Soni” Sonefeld, Hootie & the Blowfish have sold over 25 million records worldwide to date after their infectious melodies hit the airwaves in 1994 with hits such as “Hold My Hand,” “Let Her Cry” and “Only Wanna Be With You.”The quartet met at the University of South Carolina where endless gigs at frat houses and local bars built a major local buzz. Their blend of pop, folk, blues, soul and rock made them hard to pigeonhole, but easily accessible to anyone who loved good music.