HOOTIE & THE BLOWFISH GIVE BACK WITH THREE-NIGHT HOMECOMING U.S. FINALE IN COLUMBIA, S.C. 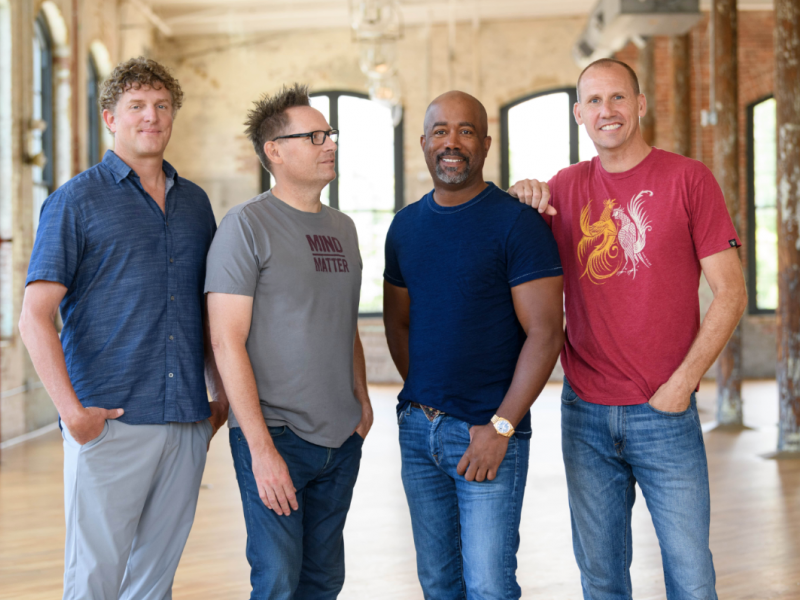 As the North American leg of the highly-successful Group Therapy Tour comes to a close in the birthplace of Hootie & the Blowfish, the GRAMMY Award-winning band is using its three-night stand for good in partnership with Central Carolina Community Foundation. “HootieGives,” a Hootie & the Blowfish Foundation initiative, will have a unique focus during each of the three shows at Columbia’s Colonial Life Arena.

Fans attending the Thursday, Sept. 12 show in Columbia are encouraged to bring school supplies to “fill the bus” at the front entry doors, with pencils, dry erase markers, copy paper, facial tissues and bleach wipes designated by local teachers as the most-needed items. On Friday, Sept. 13, non-perishable food items will also be collected at the front entry doors, with monetary donations accepted at all arena entry points on all three nights.

Additionally, those not attending the shows in person can support these efforts through several donation options:

About the Hootie & the Blowfish Foundation
The Hootie & the Blowfish Foundation, established in 2000, was created so the band could support charities that were near and dear to their hearts. Among a multitude of philanthropy efforts, the Foundation focuses on public education issues in South Carolina, the state that nurtured their aspirations from the beginning of their career. They aim to support the ongoing fight to even the playing field in educational funding and lend an encouraging hand to all those in need. Since establishing a fund with Central Carolina Community Foundation, the Midlands local center for philanthropy, the band has donated over $3 million to more than 200 charitable causes and the fund has an endowed balance of nearly $5 million. This will ensure the Hootie & the Blowfish Foundation lasts in perpetuity and, as a legacy the band will be proud of, one day their children will be able to administrate the foundation.

The majority of funding comes from their annual fundraising event, the Monday After the Masters Golf Tournament. Affectionately referred to as “MAM,” the event is a celebrity pro-am golf tournament where every April, celebrities, pro golfers and friends travel to Myrtle Beach for a long weekend of fun and philanthropy. An additional signature event of the Hootie & the Blowfish Foundation is Hootie’s Homegrown Roundup. Every August, the Roundup prepares underprivileged children in the Charleston County School district for the upcoming school year by providing free dental and eye exams, haircuts, new shoes and a backpack full of school supplies. To learn more, visit www.Hootie.com/Foundation.

About The 9/11 Remembrance Foundation of South Carolina
The 9/11 Remembrance Foundation of South Carolina is a nonprofit organization working to preserve the sacrifices that our first responders and military personnel made on and after September 11, 2001. We memorialize and honor our military and first responder heroes, current and former, through the construction and maintaining of enduring memorials and provide financial support and donations to Military and First Responder personnel and their families in need within the State of South Carolina. For more information, visit www.scremembers911.org or follow on Facebook and Twitter at @scremembers911.

About Richland County Public Education Partners
Richland County Public Education Partners was founded in 2018 by community members who wanted to ensure that Richland County becomes an educational leader in the state. RCPEP will provide a consistent, unwavering presence that supports and strengthens public education in Richland County schools. While operating independently from the school districts, RCPEP will work closely with them as well as schools and key community stakeholders to identify, support and develop innovative initiatives to assist teachers, students, and families. For more information, visit www.rcpep.org or follow on social media @richcopep.

About SC for Ed
SC for Ed is an organization seeking to improve the educational system in South Carolina. Created by educators, SC for Ed empowers educators and supporters to advocate for education by interacting with stakeholders. We will fight to ensure that all decisions made in regard to education are in the best interest of our students, educators and communities For more information, visit www.scfored.wixsite.com/hope or follow on social media @scfored.