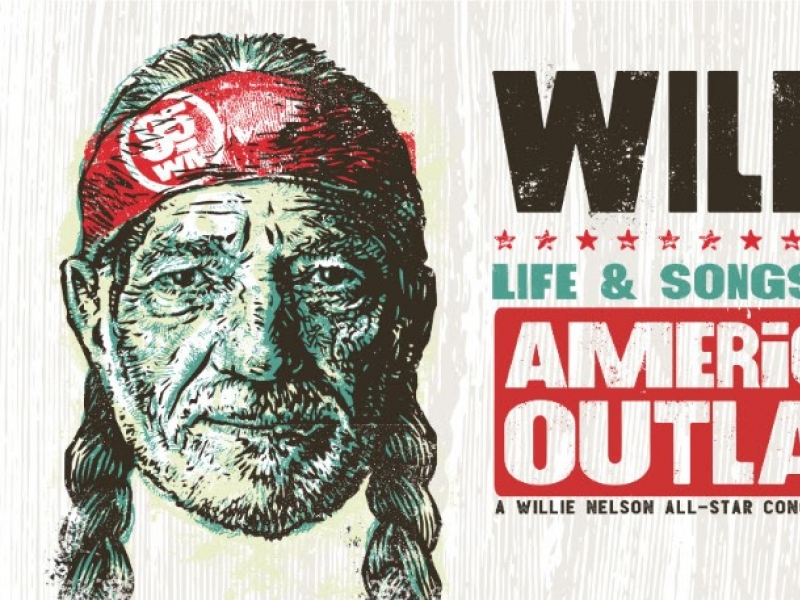 The event will be filmed for a broadcast television special to premiere on A&E Network in 2019.

Additional tickets have just been released and are on sale now online at Livenation.com, by phone at 800-745-3000, and at the Bridgestone Arena box office. VIP packages including great seats and exclusive merchandise are also available.

Keith Wortman and Mark Rothbaum are creators and executive producers of the show.

"Willie and his songs mean everything to music artists and fans alike. Like Willie, they have inspired us to remain true to ourselves in every possible way. This incredible lineup of artists on this show is a testament to that,” says Blackbird Presents CEO Keith Wortman.

In his 85th year, Willie Nelson is more prolific than ever. In 2018 alone, he's released his 67th studio album (Last Man Standing), a stirring collection of his favorite Sinatra songs (My Way) and headlined the largest touring festival in North America (Outlaw Music Festival). Willie is America’s music hero. It’s hard to put into words what he means to singers, songwriters, musicians, and people all over the world. Through life’s ups and downs, heartbreaks and rewards, Willie and his songs have been a dear and constant friend to all of us. He’s a trusted father figure to millions of Americans by lifting them up through FARM AID and his annual JULY 4th PICNIC. He’s the clear inspiration for dozens of today’s biggest music stars
from all genres of music.

About Willie Nelson:
With a six-decade career, this iconic Texan is the creative genius behind the historic recordings of Crazy, Red Headed Stranger, and Stardust. Willie Nelson has earned every conceivable award as a musician and amassed reputable credentials as an author, actor, and activist. He continues to thrive as a relevant and progressive musical and cultural force. In recent years, he has delivered more than a dozen new album releases, released a Top 10 New York Times’ Best Sellers book, again headlined Farm Aid, an event he co-founded in 1985, received his 5th degree black belt in Gong Kwon Yu Sul, headlined the annual Luck Reunion food and music festival at his ranch in Luck, TX during SXSW, launched his cannabis companies Willie’s Reserve and Willie’s Remedy, and graced the covers of Rolling Stone and AARP The Magazine. In 2015, Nelson published “It’s A Long Story: My Life,” the unvarnished and complete story of his life that landed him on the New York Times’ bestsellers list. He also released a new studio album with Merle Haggard titled Django And Jimmie, which debuted at #1 on Billboard‘s Country album chart and #7 on Billboard‘s Top 200 album chart. In November 2015, the Library of Congress honored him with their Gershwin Prize for Popular Song for his contributions to popular music. He is the first country artist to receive the distinguished award. The following year began with the release of Summertime: Willie Nelson Sings Gershwin, a collection of 11 newly recorded Gershwin classics. The album debuted at #1 on both the Top Current Jazz chart and the Top Traditional Jazz chart, as well as earned him a Grammy Award for the Best Traditional Pop Vocal Album. In September 2016, came For the Good Times: A Tribute to Ray Price, an album of newly recorded interpretations of 12 Ray Price songs. In 2017, he released two albums of newly recorded performances: God’s Problem Child, with 13 new songs that debuted at #1 on Billboard’s Country album chart and #10 on the Billboard 200, and Willie Nelson and The Boys (Willie’s Stash, Vol. 2), that includes 11 country classics and one brand-new song performed by Nelson and his sons Lukas and Micah. For 2018, he released Last Man Standing in April to celebrate his 85th birthday. It is comprised entirely of songs newly-penned by Nelson (and longtime collaborator and producer Buddy Cannon). In September he released My Way, a collection of newly recorded standards and classic originally made famous by Nelson’s close friend and musical colleague Frank Sinatra. Not a month later, Nelson debuted his new song “Vote ‘Em Out,” an urgent exhortation to citizens everywhere to participate in democracy. He sings “the biggest gun we’ve got; is called the ballot box; so if you don’t like who’s in there; Vote ‘em out…” These new songs and performances add to his classic catalog, and finds Willie Nelson rolling at a creative peak, writing and singing and playing with the seasoned wit and wisdom that comes from the road, which he still travels along performing for fans.

Blackbird's recent concerts, broadcast specials and releases include All In For The Gambler: Kenny Rogers’ Farewell Concert Celebration, Sing Me Back Home: The Music of Merle Haggard, The Life & Songs of Kris Kristofferson, Imagine: John Lennon 75th Birthday Concert, Outlaw: Celebrating The Music of Waylon Jennings, I'll Take You There: Celebrating 75 Years of Mavis Staples, The Life and Songs of Emmylou Harris, Lynyrd Skynyrd: One More For The Fans, The Musical Mojo of Dr. John: Celebrating Mac and His Music, and All My Friends: Celebrating The Songs and Voice of Gregg Allman, the latter of which earned a 2014 GRAMMY® Award nomination for Gregg Allman and Taj Mahal's awe-inspiring performance of "Statesboro Blues."