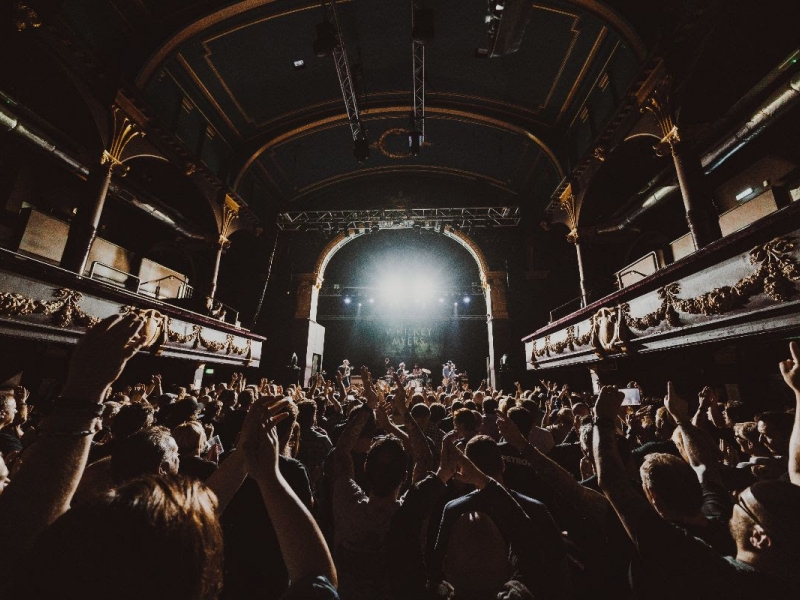 As the month of May draws to a close, country-rockers Whiskey Myers are riding high. Coming off a standout performance at Stagecoach, where Whiskey Riff included the genre-bending band in their list of “10 Can’t-Miss Artists” and the Desert Sun remarked on their energetic performance to a “full house of more than 5,000 people in the Palomino tent,” the band crossed the pond for a run of 15 shows and multiple sell-outs throughout Spain, Italy, Switzerland, Germany, France, Netherlands, United Kingdom and Ireland.

“I’m still pinching myself after this past month in Europe,” reflects lead singer Cody Cannon. “We started 12 years ago as best friends playing music in our hometown and never dreamed of anything like this. Now we get to go to these countries where the people might speak a different language, but everyone is still united by our music to the point where sold-out venues are singing every word back to us – that’s magic.”

As the band returns to the U.S. and dives back into their cross-country touring schedule, they have even more to celebrate. Whiskey Myers returns to the silver screen in the Renée Zellweger-led “What/If,” now streaming on Netflix, with their fan-favorite anthem “Deep Down in the South” serving as a backing track during a pivotal scene. The band will also be featured once again in the Kevin Costner hit series “Yellowstone,” with three additional sync tracks in Season 2 premiering June 19 on Paramount Network.

About Whiskey Myers
Genre-bending band Whiskey Myers have played more than 2,000 live shows since their emergence in 2008 and have sold out 95% of their headlining shows over the past two years to ever-increasing crowds. Their most recent album, Mud, reached No. 1 on the iTunes country chart with single “Stone” hitting Top 10 all genre, and their self-produced fifth studio album is due out later this year. USA Today describes the band led by frontman Cody Cannon as “a riff-heavy blend of Southern rock and gritty country that has earned comparisons to the Allman Brothers Band and Led Zeppelin,” with Rolling Stone noting “it’s the seminal combination of twang and crunchy rock & roll guitars that hits a perfect sweet spot.” The band has also earned sync success with features in Seasons 1 & 2 of Paramount Network’s Kevin Costner hit show “Yellowstone” as well as the Renée Zellweger-led Netflix series “What/If.” As Esquire proclaims, “Whiskey Myers are the real damn deal.”