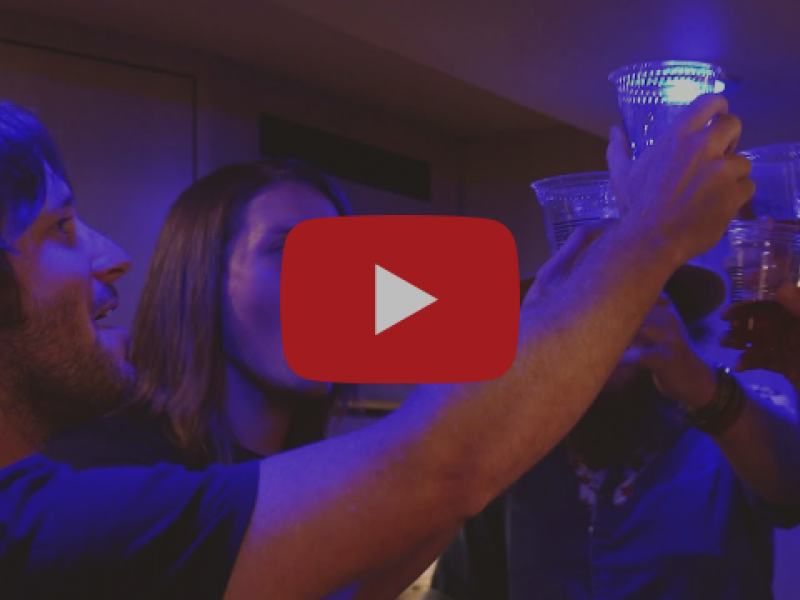 “We celebrate our Texas roots every day at Treaty Oak, and partnering with Whiskey Myers, who have seen a meteoric rise since they cut their teeth right here in the bars and venues of Texas – we couldn’t have dreamt of a better partner,” said Tony Gonzales, Chief Marketing Officer of Treaty Oak Distilling. “Whiskey Myers embodies the rebel spirit that our Treaty Oak team has – the desire to break from convention and strive for the best, most authentic results. We’re excited to work with them well into the future.”

Like Treaty Oak Distilling, Whiskey Myers’ roots can be traced back to East Texas, where they earned a local following that has been strengthened by the success of five critically acclaimed albums to date. The band, known for their high-energy live shows and unique sound, is composed of Cody Cannon, Cody Tate, John Jeffers, Jeff Hogg, Jamey Gleaves and Tony Kent. Authenticity, collaboration and innovation have been key parts of Whiskey Myers’ success, and those shared values formed the foundation of the band’s partnership with Treaty Oak Distilling.

“It may surprise some people that, despite our name, we actually haven’t always been big whiskey drinkers. We’ve had other opportunities to collaborate with whiskey brands over the years, but we never found the right fit – until we met the team at Treaty Oak Distilling,” said lead guitarist John Jeffers of Whiskey Myers. “We connected with the people behind the brand immediately and related to everything they stand for – so much so that it inspired us to learn more about the spirit and find a drink we really love. We're excited to share it with our fans.”

About Whiskey Myers
Genre-bending band Whiskey Myers have played more than 2,500 live shows since their emergence in 2007 and consistently sell out their headlining shows, playing to ever-increasing crowds. Their self-produced fifth studio album, WHISKEY MYERS, out now on the band’s own Wiggy Thump Records, debuted at No. 1 on both the Country and Americana/Folk sales charts, at No. 2 on the Rock chart and No. 6 on the all-genre Billboard 200 chart. The self-titled project follows their previous album, Mud, which reached No. 1 on the iTunes country chart with RIAA Gold-certified single “Stone” hitting Top 10 all genres. In total, Whiskey Myers have sold more than 1.1 million albums and amassed over 1.3 billion streams. USA Today describes the band led by frontman Cody Cannon as “a riff-heavy blend of Southern rock and gritty country that has earned comparisons to the Allman Brothers Band and Led Zeppelin,” with Rolling Stone noting “it’s the seminal combination of twang and crunchy rock & roll guitars that hits a perfect sweet spot.” The band, known for its high-energy live show and unique sound, has also earned sync success with features (and an on-screen appearance) in Paramount Network’s Kevin Costner hit show “Yellowstone'' as well as songs in the Renée Zellweger-led Netflix series “What/If,” the Angelina Jolie film “Those Who Wish Me Dead” and hit CBS series “SEAL Team.” For more information, visit www.whiskeymyers.com and follow on social media @WhiskeyMyers.

About Treaty Oak Distilling
Treaty Oak Distilling is a collective of distillers, sommeliers, botanists and architects based in Dripping Springs, Texas who are in pursuit of making the best spirits. They look to film, music, cultural exchange and beyond to push and fuel a path forward. Inspired by the world around them, they have crafted an unbound lineup of spirits: Ghost Hill Texas Bourbon, Red Handed Bourbon and Red Handed Rye Whiskey. Connect with Treaty Oak Distilling on Facebook and Instagram. Drink responsibly. For more information about Treaty Oak and its whiskey portfolio, visit treatyoakdistilling.com, or follow the brand on Facebook @TreatyOak, Twitter @TreatyOakTX and Instagram @TreatyOak.