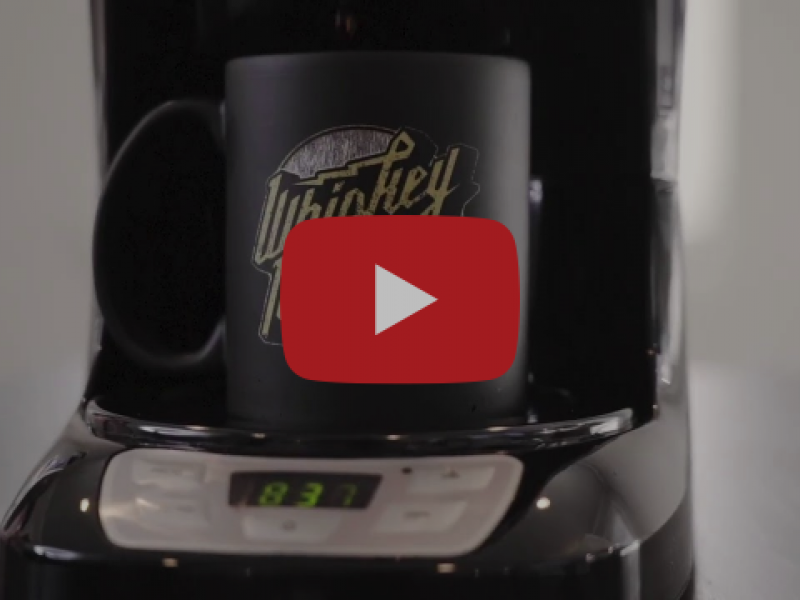 GRUENE, Texas – For genre-bending band Whiskey Myers, who have spent more than 200 days on the road nearly every year for the past decade-plus, the elimination of touring has been a major adjustment. Seeking a passion project to share with their fans – while also eager to support small businesses in their home state of Texas – the chart-topping musicians found a natural answer: coffee. Led by drummer and caffeine aficionado Jeff Hogg, the band has now launched their exclusive Whiskey Myers Coffee in partnership with local favorite, Gruene Coffee Haus.

“Coffee’s been my thing for the last five years,” Hogg shared with American Songwriter. “While we were touring, I would try to go find something local. Over the years, I found all these great coffee spots and great little towns.” When the idea was presented to start their own line; “I instantly thought of my favorite,” he continued. “Gruene’s Texas Pecan – from a coffee shop in New Braunfels, about 100 feet away from my favorite venues, Gruene Hall.”

Describing the 100% Arabica whole bean blend, Greune Coffee Haus owner and roaster Kelly Hall notes, “This medium roast, gourmet Costa Rican coffee is covered with our popular secret recipe of pecan, caramel and vanilla extract oils. We then stir in fresh pecan pieces from Oliver Pecan Company, located right here in Texas. When you grind your coffee to fill your morning cup, those pecan pieces get ground up with it like tiny exploding flavor capsules.”

Launched yesterday, March 10, the first run of one-pound bags sold out immediately; leading to another batch already in production. While this initial offering is a Whiskey Myers branded edition of an existing blend, the band plans to expand with original coffee selections in the future while also continuing to work with other beloved small businesses.

“Lately, we’ve seen baristas get creative in securing alternative sources of income during COVID-19, and it’s equally inspiring to see the entrepreneurial spirit of musicians through coffee,” notes Barista Magazine. “Whiskey Myers purchased the coffee supply themselves at wholesale through Gruene and will be keeping a portion of the retail sales. By doing this, the band was able to support one of their favorite local businesses and offer a nontraditional passion project to their fans who have been missing out on the music.”

For more information on Whiskey Myers and when the next batch of coffee will be available, visit www.whiskeymyers.com and follow on social media @WhiskeyMyers.

About Whiskey Myers
Genre-bending band Whiskey Myers have played more than 2,500 live shows since their emergence in 2007 and sold out 95% of their headlining shows during the most recent year of touring to ever-increasing crowds. Their self-produced fifth studio album, WHISKEY MYERS, out now on the band’s own Wiggy Thump Records, debuted atop the Country and Americana/Folk sales charts, at No. 2 on the Rock chart and No. 6 on the all-genre Billboard 200 chart. The self-titled project follows their previous album, Mud, which reached No. 1 on the iTunes country chart with single “Stone” hitting Top 10 all genre. In total, Whiskey Myers have sold nearly a million albums and amassed more than a billion streams. USA Today describes the band led by frontman Cody Cannon as “a riff-heavy blend of Southern rock and gritty country that has earned comparisons to the Allman Brothers Band and Led Zeppelin,” with Rolling Stone noting “it’s the seminal combination of twang and crunchy rock & roll guitars that hits a perfect sweet spot.” The band known for their high-energy live show and unique sound has also earned sync success with features (and an appearance) in Paramount Network’s Kevin Costner hit show “Yellowstone” as well as the Renée Zellweger-led Netflix series “What/If.”