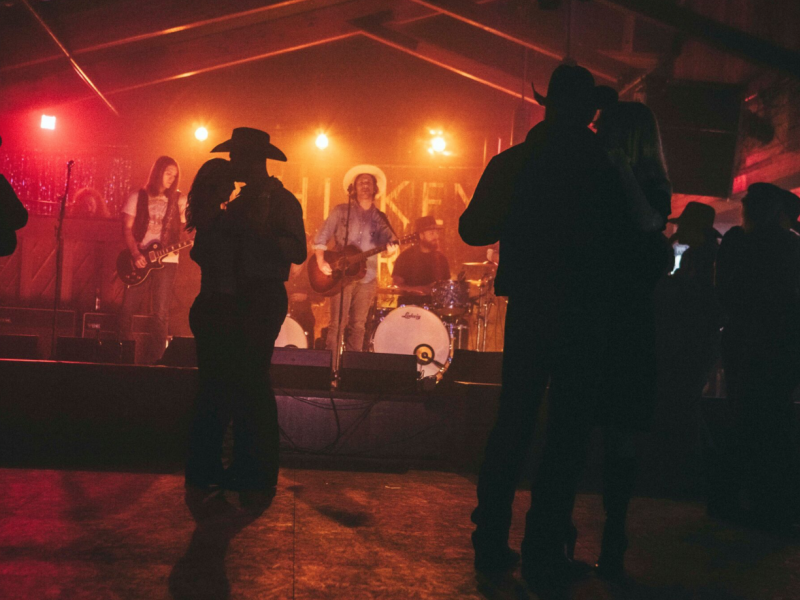 Whiskey Myers has tapped an enthusiastic audience on the Kevin Costner Paramount Network drama “Yellowstone.” With an on-camera appearance and three songs featured on the hit series so far, Whiskey Myers’ music is reaching a new, fervent audience that has propelled three of the band’s albums to the Top 10 of the iTunes Country Album Chart. Mud topped the chart while Firewater followed at No. 2 and Early Morning Shakes reached No. 9. All three albums peaked in the Top 50 All-Genre with over 250,000 sales.

“Getting asked to be on ‘Yellowstone’ was a cool opportunity and we are very honored to be a part of it since we are all big fans of Kevin (Costner) and Taylor (Sheridan),” said lead vocalist and guitarist Cody Cannon. “It’s really awesome to see people reacting to our music, taking a two-year-old album to the No. 1 spot on iTunes and five of our songs to the Top 200, with “Stone” even hitting the Top 10 for Country Songs. We are very thankful that people are digging it.”

“I’m very humbled by how positive the reaction has been with all the fan interaction digging the music,” added guitarist John Jeffers. “We knew that you just have to hang in there and put out quality music, and timing will present itself. After working at this dream for 10 years it’s exciting to have our moment to shine on a national stage.”

Written and produced by Oscar-nominated Hell or High Water and Sicario screenwriter Taylor Sheridan,
“Yellowstone” airs on Wednesdays at 10 p.m. ET/PT and stars Costner as patriarch John Dutton, whose family controls the largest contiguous ranch in the U.S.

With their larger-than-life performances, searing guitars, soulful vocals, and indelible hooks, Whiskey Myers’ music was a genuine fit thanks to the vision of CAA’s Robert Mickelson. The songs from their album Mud are stories of ordinary men and women standing up for their families and honoring their roots. Home is sacred ground for Whiskey Myers, not just a plot of land, but rather the cornerstone of an identity worth dying for – themes that are intrinsic to the series.

"I was standing on set explaining my idea for a scene in a honky tonk, so I played the team Whiskey Myers’ “Stone” and told them I wanted something like that at the end," said Sheridan. "Our producer John Linson said 'Why not just use that?' so I got Cody’s number and called him, pitched him the scenes and asked if they wanted to come be in the show. Thankfully, they said yes. I think Whiskey Myers is generating some of the most exciting music in the country genre. And rock, for that matter. And alt-country. And Americana… I love 'em."

Fiddle-driven “On the River,” which was featured on the June 20 premiere, steps back to frontier times when the struggle for survival was a daily one. “Frogman,” from episode four (which aired this week), was written with Rich Robinson of the Black Crowes, and follows a Southern man halfway around the world as he risks his life to defend freedom and fight terror in the Middle East as a Navy Seal. The episode also featured an on-camera appearance and second song, “Stone,” which had an overnight 1,000 percent increase in spins on Shazam over the previous week. The downloads are staggering for each of the songs and band’s last two albums, which were produced by Dave Cobb.

And it won’t take a new television season to hear more from Whiskey Myers. While the band is featured on two more episodes, they are also wrapping up recording and self-producing a new album that is slated to be released in the first quarter of 2019 and more than their burgeoning television audience will be watching.

Previous albums earned them rave reviews from Rolling Stone, USA Today and Esquire, which called them "the real damn deal." They have toured relentlessly, slaying massive festival crowds and sharing stages with Lynyrd Skynyrd, Hank Williams Jr., Jamey Johnson, and more along the way. Routinely selling out 2,000-seat venues without a true commercial platform, Whiskey Myers just returned from an international tour of Europe where they played to both Download Fests (Paris and London), and headlined shows in Amsterdam and Germany.

Now they have found a groundswell at home with “Yellowstone” and the authentic connection audiences are having to their gritty, soulful interpretations of faith, desire, and defiance. The platform of television provides a small, yet very loud, tipping point for the band loyal followers have come to adore over their hard-fought 10-year journey. They make music they're proud of that celebrates where they come from and makes people feel good. As far as they're concerned, that's all the success anyone could ever ask for. If the current iTunes charts are any indication though, there is much more success to come.