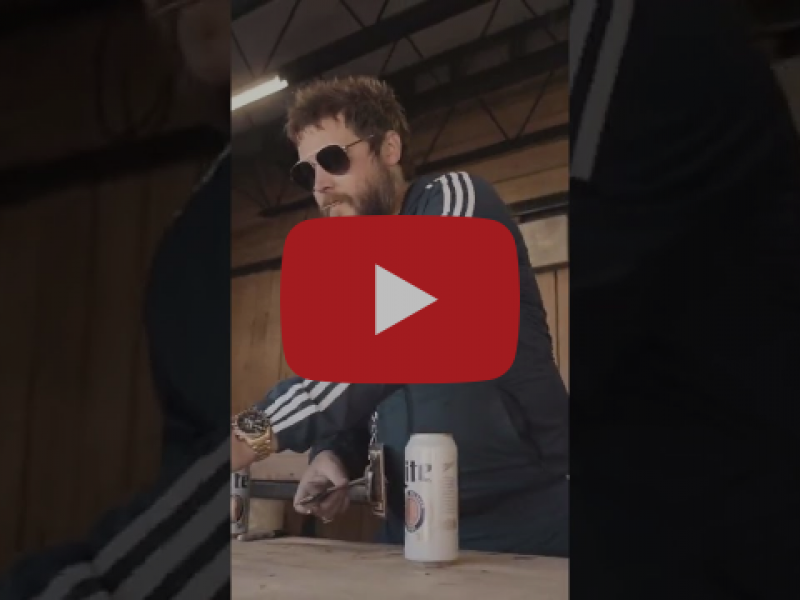 LA CYGNE, Kan. – With POLLSTAR proclaiming in their recent cover story that “somewhere between the six-string swagger of Southern rock and the hard-charging improv-aspect of jam bands, Whiskey Myers ignited a national fervor,” the cover stars brought together fans and musical friends for a 150 acre celebration outside Kansas City this weekend for their second annual Firewater Music Festival.

Kicking off Thursday evening with a pre-party concert for early access camping attendees, Clay Clear Band, Eli Howard & The Greater Good, Matt Poss Band and Steven Bankey & The Flatlanders (who also returned late Saturday night for an after party performance) set the stage for a weekend of intimate performances by a who’s who of artists straddling the lines of Country, Rock and Americana.

As the weekend continued, Old 97s, Nikki Lane, 49 Winchester, Austin Meade and Them Dirty Roses launched the main event with thrilling Friday performances on the Main Stage that culminated with a captivating headlining set from Blackberry Smoke. The Friday night party continued with a late-night forest jam at the Campground Stage hosted by 49 Winchester with Whiskey Myers percussionist Tony Kent joining for a few songs, offering a unique opportunity for fans to see their favorite artists up close in a jam session environment.

Saturday’s musical offerings kept the party going with performances by Quaker City Night Hawks, Goodbye June, Matt Koziol and The Weathered Souls, plus Read Southall Band as the final guest stars of the lineup. A highlight of the day came midway through Goodbye June’s set, as lead guitarist Tyler Baker lost his footing during an all-out jam, landing on his back and continuing to play from the ground without missing a beat.

As the night came to a climax, Whiskey Myers themselves took the stage to close out the Main Stage for the weekend. Performing everything from RIAA Platinum-certified hits “Stone,” “Ballad of a Southern Man” and “Broken Window Serenade” to fan-favorite cuts “Frogman,” “Virginia,” “Bury My Bones” and more, the set culminated in an all-sing finale featuring members of Read Southall Band, Goodbye June and The Weathered Souls joining for a cover of Tom Petty’s “Refugee” to bring an energetic close to Firewater Music Festival.

With Whiskey Myers having also performed a healthy offering of music off Tornillo, their latest critically acclaimed album that was released in July, the band celebrated by Rolling Stone as “the new torch bearers for Southern music” and by Esquire as “the real damn deal” thrilled the Firewater crowd just as they have at sold-out shows across the country on their Tornillo Tour, underway now.

In addition to upcoming tour dates, Whiskey Myers will also be featured as Texas Roadhouse’s featured artist for the month of October, with the beloved restaurant prominently featuring the band’s music via in-store jukeboxes and by playing their “John Wayne” music video frequently across all 600+ locations nationwide.

For more information on all things Whiskey Myers and to purchase tickets to upcoming shows, visit www.whiskeymyers.com and follow on social media @WhiskeyMyers.

About Whiskey Myers
Genre-bending band Whiskey Myers have played more than 2,500 live shows to ever-increasing crowd sizes since their emergence in 2007. In addition to headlining their own sold-out shows from coast to coast at iconic venues such as Red Rocks Amphitheater and Ryman Auditorium, plus performing at marquee festivals Bonnaroo, Stagecoach, Download and more, the six-piece was also personally selected to open The Rolling Stones’ Chicago stadium show in 2019. Their latest self-produced album, Tornillo, available everywhere now via the band’s own Wiggy Thump Records, follows their fifth studio album, Whiskey Myers, which debuted at No. 1 on both the Country and Americana/Folk sales charts, at No. 2 on the Rock chart and No. 6 on the all-genre Billboard 200 chart (No. 3 among new releases). In total, Whiskey Myers have sold more than 1.4 million albums and amassed nearly 2 billion streams while earning four RIAA Gold & Platinum certifications as an independent band. Known for their high-energy live show and unique sound, the band praised by Esquire as “the real damn deal” has also earned sync success with features (and an on-screen appearance) in Paramount’s hit show “Yellowstone” as well as Netflix series “What/If,” Angelina Jolie film “Those Who Wish Me Dead” and hit CBS series “SEAL Team.” USA Today describes their sound as “a riff-heavy blend of Southern rock and gritty country that has earned comparisons to the Allman Brothers Band and Led Zeppelin,” with Rolling Stone noting “it’s the seminal combination of twang and crunchy rock & roll guitars that hits a perfect sweet spot.”