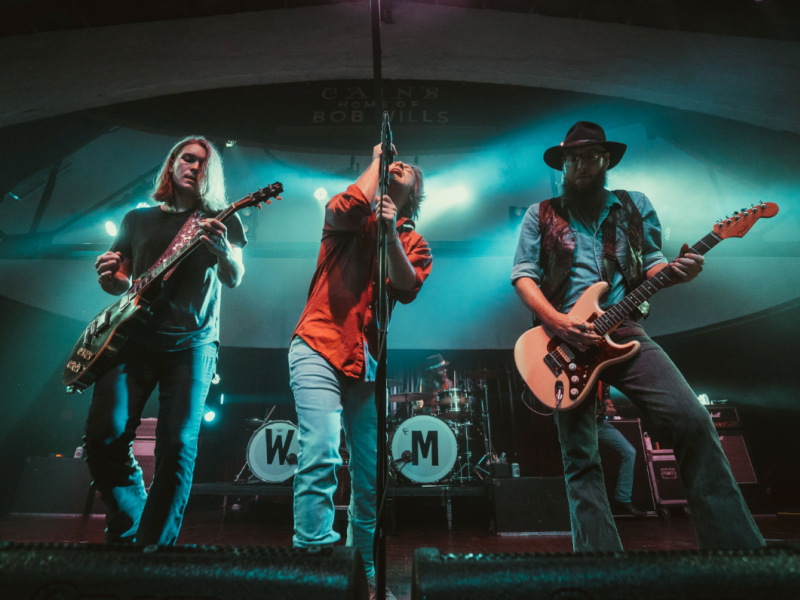 No. 1 Album on Country and Americana/Folk Charts; No. 2 Rock Album Trailing Only The Beatles; Top 5 All-Genre Amongst New Releases

With over 40,000 first-week equivalent album units (of which 39,000 were in album sales), WHISKEY MYERS earned a No. 1 debut spot on both the Country and Americana/Folk charts, also landing as the No. 2 Rock album behind only The Beatles’ re-release of Abbey Road. WHISKEY MYERS, independently released on the band’s own Wiggy Thump Records in partnership with Thirty Tigers, also lands at No. 6 on the all-genre Billboard 200 and No. 4 among new releases, while album cut “Gasoline” climbs to No. 38 at Active Rock radio.

In a story titled “How Whiskey Myers Won Over Mick Jagger and Made the Album of Their Career,” Rolling Stone asserts that the “Texas band successfully blend hard rock and country twang on [their] new self-titled album,” noting that “WHISKEY MYERS, even at 14 tracks, is a concise, focused effort and proves the band can be just as compelling, hard-rocking, and genre-crossing on record as they are on stage.”

Nashville Lifestyles also spotlights the album as their October “High Note” in the magazine on stands now, noting that “in the case of WHISKEY MYERS, its creators returned to form, writing from the gut and playing from the heart… There’s a bluesy undertone to every song, no matter its style. [Lead singer Cody] Cannon’s strident drawl matches or exceeds the energy of the music at every moment—it, and the album’s crisp production, are the two unifying forces in the album’s diverse tracklist.”

About Whiskey Myers
Genre-bending band Whiskey Myers have played more than 2,000 live shows since their emergence in 2007 and have sold out 95% of their headlining shows over the past two years to ever-increasing crowds. New self-produced album WHISKEY MYERS, out now on the band’s own Wiggy Thump Records, debuted atop the Country and American/Folk sales charts, at No. 2 on the Rock chart and No. 6 on the all-genre Billboard 200 chart. The self-titled project follows their most recent album, Mud, which reached No. 1 on the iTunes country chart with single “Stone” hitting Top 10 all genre. USA Today describes the band led by frontman Cody Cannon as “a riff-heavy blend of Southern rock and gritty country that has earned comparisons to the Allman Brothers Band and Led Zeppelin,” with Rolling Stone noting “it’s the seminal combination of twang and crunchy rock & roll guitars that hits a perfect sweet spot.” The band has also earned sync success with features in Seasons 1 & 2 of Paramount Network’s Kevin Costner hit show “Yellowstone” as well as the Renée Zellweger-led Netflix series “What/If.” As Esquire proclaims, “Whiskey Myers are the real damn deal.”