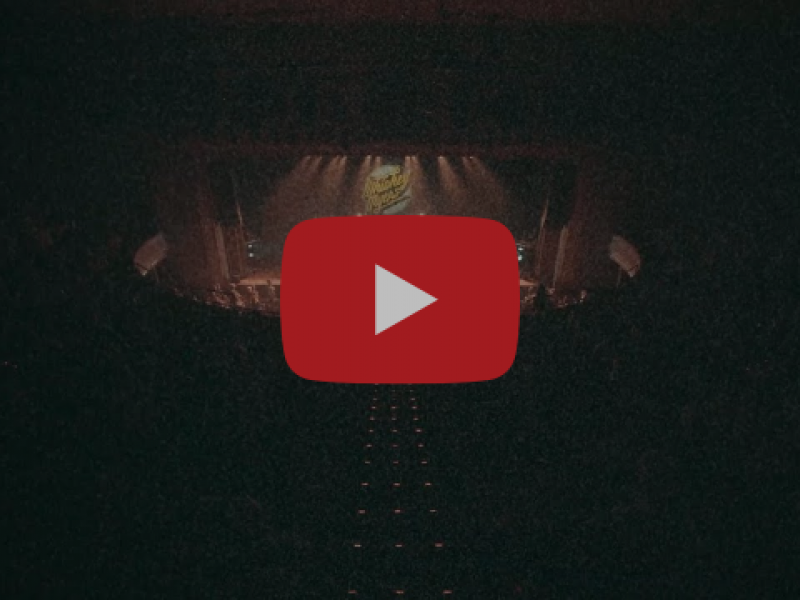 NASHVILLE, Tenn. – For the band American Songwriter describes as on an “ascent towards Country Rock royalty,” this weekend proved just how quickly that climb is accelerating, as genre-bending band Whiskey Myers made their Ryman Auditorium debut with back-to-back sold out shows on Friday, September 10 and Saturday, September 11.

The band first crept onto the stage to the fuzzed-out groove of their hit “Frogman,” a tribute to America’s Navy Seals co-written with Black Crowes guitarist Rich Robinson; which served as a fitting open on a weekend marking the 20th anniversary of the 9/11 attacks, as the fan-favorite song had the sold-out crowds singing along immediately.

The energy continued to grow with two tracks off their most recent chart-topping album, the self-titled WHISKEY MYERS; Top 20 fire-burner “Gasoline” and the reflective “Bury My Bones,” celebrated by Rolling Stone for its “haunting chorus… successfully mixing Southern gothic with Southern rock.”

In a fitting nod to the concert’s Broadway-adjacent locale, “Bar, Guitar and a Honky Tonk Crowd” kicked off a section of ever-popular songs from prior albums Firewater and Mud, as the crowd joined in to take over lyrics several times throughout “Deep Down in the South,” “On the River” and the RIAA Gold-certified “Broken Window Serenade.”

From newer hits “Die Rockin’” and “Bitch” to classics “Early Morning Shakes,” “Virginia,” “Mud,” “Home” and Gold-certified “Ballad of a Southern Man,” the shows continued to build in energy song after song.

Front man Cody Cannon then treated the Ryman audiences to a sneak peek at what to expect on the band’s forthcoming album, with a solo acoustic version of brand-new song “Heart of Stone.”

Rejoining him on stage, the rest of the band came together to pay tribute to their own musical heroes, with a rousing rendition of ZZ Top’s “La Grange” and Tom Petty and the Heartbreakers’ “Refugee” to close out each evening following passionate crowd singalongs of original songs “How Far” and Gold-certified fan favorite “Stone.”

In all, the band’s sold-out debut across back-to-back nights served to prove what Classic Rock Magazine has proclaimed of Whiskey Myers: “Authenticity: you can’t buy it, you can’t bluff it. And you can’t beat it when it comes to delivering dirty, down-home, electric guitar music from the American south.”

For more information and a full list of upcoming shows, visit www.WhiskeyMyers.com and follow on social media @WhiskeyMyers.

About Whiskey Myers
Genre-bending band Whiskey Myers have played more than 2,500 live shows to ever-increasing crowd sizes since their emergence in 2007. Their self-produced fifth studio album, WHISKEY MYERS, out now on the band’s own Wiggy Thump Records, debuted at No. 1 on both the Country and Americana/Folk sales charts, at No. 2 on the Rock chart and No. 6 on the all-genre Billboard 200 chart. The self-titled project follows their previous album, Mud, which reached No. 1 on the iTunes country chart with single “Stone” hitting Top 10 all genre. In total, Whiskey Myers have sold more than 1.1 million albums and amassed over 1.3 billion streams while earning three RIAA Gold certifications. USA Today describes the band led by frontman Cody Cannon as “a riff-heavy blend of Southern rock and gritty country that has earned comparisons to the Allman Brothers Band and Led Zeppelin,” with Rolling Stone noting “it’s the seminal combination of twang and crunchy rock & roll guitars that hits a perfect sweet spot.” The band known for their high-energy live show and unique sound has also earned sync success with features (and an appearance) in Paramount Network’s Kevin Costner hit show “Yellowstone” as well as the Renée Zellweger-led Netflix series “What/If,” the Angelina Jolie film “Those Who Wish Me Dead” and hit CBS series “SEAL Team.”