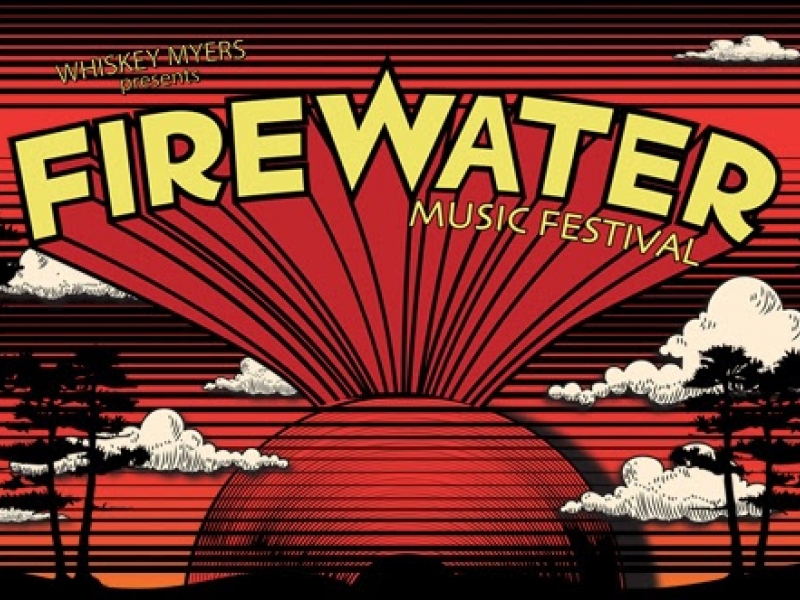 We were counting down the summer days to the inaugural Firewater Festival. A weekend packed with memories… rocking under the crisp October moonlight and camping beneath billions of stars.

For the last four months, we’ve navigated the rollercoaster of information and emotional ups and downs of this terrible pandemic. Guided by experts in public health and safety, we chose to keep moving forward in hopes the situation would improve. However, as we continue to face uncertainties, we will not take a risk with the safety of the people who matter the most to us; our families and our fans. With broken hearts and sad souls, we must announce Firewater 2020 will be postponed to September 30 – October 2, 2021.

Make no mistake – Whiskey Myers & friends are coming back together for an even better launch of Firewater Music Festival in 2021; be sure to mark your calendars. Our entire team has an extra year to plan an unforgettable experience of music, camping and outdoor adventures.

All Firewater 2020 tickets will automatically roll-over to #FW2021; you don’t need to do anything. We understand that some Firewater 2020 ticket holders unfortunately may not be able to make it in 2021. As such, refunds will be made available beginning on August 13, 2020 and will continue through September 13, 2020. We do hope you will stick with us and continue to be part of our Firewater Fam!

A majority of the lineup you loved for 2020 will be returning for 2021! The official #FW2021 lineup will be released today at 3:00 pm CT, with graphics available HERE.
– Whiskey Myers and the Firewater Team

About Whiskey Myers
Genre-bending band Whiskey Myers have played more than 2,500 live shows since their emergence in 2007 and have sold out 95% of their headlining shows over the past two years to ever-increasing crowds. Their self-produced fifth studio album, WHISKEY MYERS, out now on the band’s own Wiggy Thump Records, debuted atop the Country and Americana/Folk sales charts, at No. 2 on the Rock chart and No. 6 on the all-genre Billboard 200 chart. The self-titled project follows Mud, which reached No. 1 on the iTunes country chart with single “Stone” hitting Top 10 all genre. USA Today describes the band led by frontman Cody Cannon’s raspy drawl as “a riff-heavy blend of Southern rock and gritty country that has earned comparisons to the Allman Brothers Band and Led Zeppelin,” with Rolling Stone noting “it’s the seminal combination of twang and crunchy rock & roll guitars that hits a perfect sweet spot” and Esquire declaring them “the real damn deal.” The band has also earned sync success with features in Seasons 1-3 of Paramount Network’s Kevin Costner hit show “Yellowstone” as well as the Renée Zellweger-led Netflix series “What/If.”