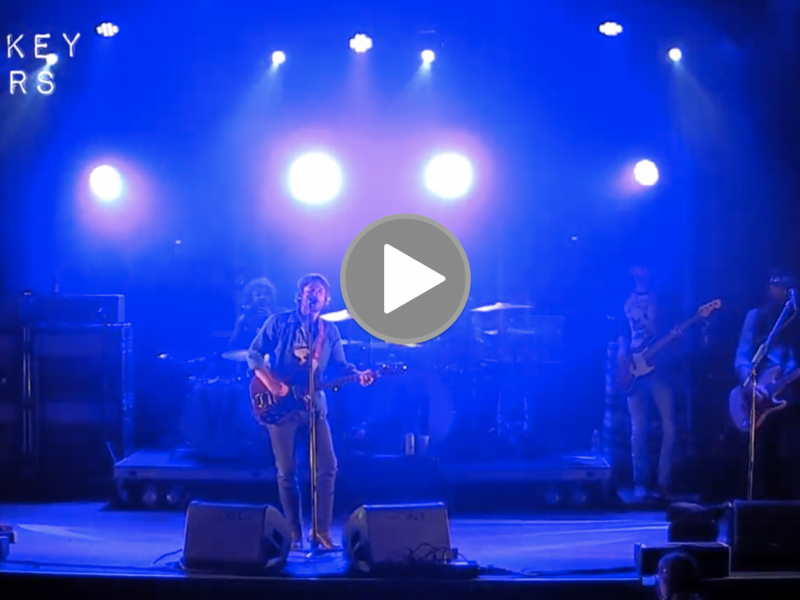 A soundboard in the middle of an empty floor sans barricaded bike rack was the first indicator to the tens-of-thousands of Whiskey Myers fans who tuned in to their virtual full-production full-band show tonight that things were different than when the band last poured 10k+ fans into back-to-back shows at the iconic venue in February. Two sets of drums, slide, bass, cowbell and a wall of electric guitars behind Cody Cannon’s whiskey-soaked voice permeated and energized the country rock band’s hour-long set including hits “Gasoline,” “Die Rockin” and “Stone.” Thanks to Miller Lite and XI Media’s production, fans did not lack for energy during the full-scale production with over 20,000 fans tuning-in in real time. Fans commented along the way in the live chat, “We love you!,” “I can’t believe how far they’ve come since I first saw them perform live,” “Damn, I’ve missed y’all” while others encouraged and reminded their friends to contribute to the cause sharing “donate if you can!”

The event raised awareness for bartenders and members of the hospitality industry that have been affected by restaurant and bar closures through the Miller Lite Virtual Tip Jar. All proceeds went directly to the United States Bartender’s Guild National Charity Foundation and its Bartender Emergency Assistance Program. Visit virtual-tips.org for more information.

“Thank y’all so much for listening… watching, hell!” Cannon said before their final song “Stone” and thanking Miller Lite for making the high-quality performance a reality.

About Whiskey Myers
Genre-bending band Whiskey Myers have played nearly 2,500 live shows since their emergence in 2007 and have sold out 95% of their headlining shows over the past two years to ever-increasing crowds. Their self-produced fifth studio album, WHISKEY MYERS, out now on the band’s own Wiggy Thump Records, debuted atop the Country and Americana/Folk sales charts, at No. 2 on the Rock chart and No. 6 on the all-genre Billboard 200 chart. The self-titled project follows their previous album, Mud, which reached No. 1 on the iTunes country chart with single “Stone” hitting Top 10 all genre. USA Today describes the band led by frontman Cody Cannon as “a riff-heavy blend of Southern rock and gritty country that has earned comparisons to the Allman Brothers Band and Led Zeppelin,” with Rolling Stone noting “it’s the seminal combination of twang and crunchy rock & roll guitars that hits a perfect sweet spot.” The band has also earned sync success with features in Seasons 1 & 2 of Paramount Network’s Kevin Costner hit show “Yellowstone” as well as the Renée Zellweger-led Netflix series “What/If.” For more information, visit www.whiskeymyers.com and follow on social media @WhiskeyMyers.