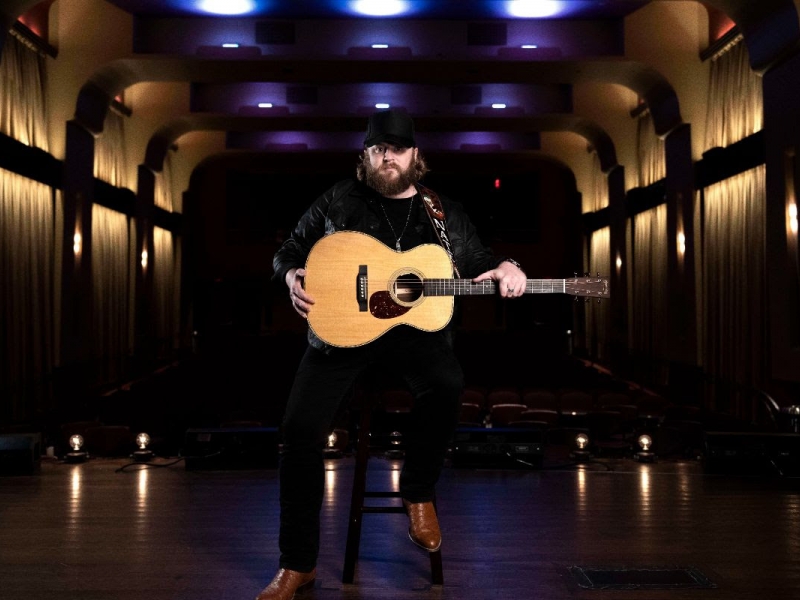 NASHVILLE, Tenn. – Last month, the Grand Ole Opry announced the final member of the NextStage Class of 2022, Arista Nashville/Sony Music Nashville artist, Nate Smith. His newest single “Whiskey On You” is currently Top 15 and climbing on the country radio charts and has sat in the Top 20 on Billboard’s well sought-after Hot Country Songs chart over the past month. Watch Smith’s exclusive 60 second NextStage acoustic performance of “Whiskey On You” HERE.

Having lost everything in the 2018 California Camp Fire, and making his way back to Nashville, Smith has truly risen from the ashes and has carved his own path in the country music genre. The artist recounts his inspiring Grand Ole Opry debut story in this exclusive NextStage interview HERE.

About Nate Smith
Featuring a mix of gritty backwoods soul, rock ‘n’ roll swagger and velvet-thunder vocals, Nate Smith is Sony Music Nashville’s latest signing whose personal journey inspired him to be a beacon of country-music hope, an inspirational mission he puts front-and-center. A California native, former worship leader, and lifelong music lover, Smith approaches that mission with a background as eclectic as it gets. Learning guitar at 13, Garth Brooks, Elvis Presley and Bob Seger were among those informing his powerful, fire-from-within vocals, while Michael Jackson made him crave the spotlight and Nirvana gave his sound a jagged edge. He first chased his neon dreams to Nashville in his early 20s – but it didn’t stick. The disheartened Smith returned home and thought he was “100-percent done” with his artistic journey…until a crucible of change burned away the past.

In 2018, Smith lost everything he owned in the devastating Camp Fire which tore through Paradise, California, now known as the deadliest and most destructive wildfire in the state’s history. Although his family was safe, he struggled to cope and turned back to music, hoping that it would help comfort himself and others. Help it did, inspiring a month-long road trip across the U.S. to Music City, writing music and playing dive bars along the way. Soon after his arrival to Nashville, Nate released his biggest song to date, “Wildfire,” and landed a publishing deal with Sony ATV. Since then, he’s released new music including “Sleeve” and “Under My Skin,” which has amassed over 60 million on-demand streams to date. The singer was named a Spotify Hot Country Artist to Watch for 2021 – an accurate prediction as he rounded out the year with a record deal and two brand new songs: “Raised Up” and the viral TikTok hit “I Don’t Wanna Go To Heaven.” The powerhouse vocalist is now making waves with his latest release, "Whiskey On You," which is currently climbing the country radio charts. Nate is managed by Kevin “Chief” Zaruk and Simon Tikhman with The Core Entertainment.