WALKER HAYES TEAMS UP WITH POP SUPERSTAR CIARA ON “Y’ALL LIFE,” OUT NOW 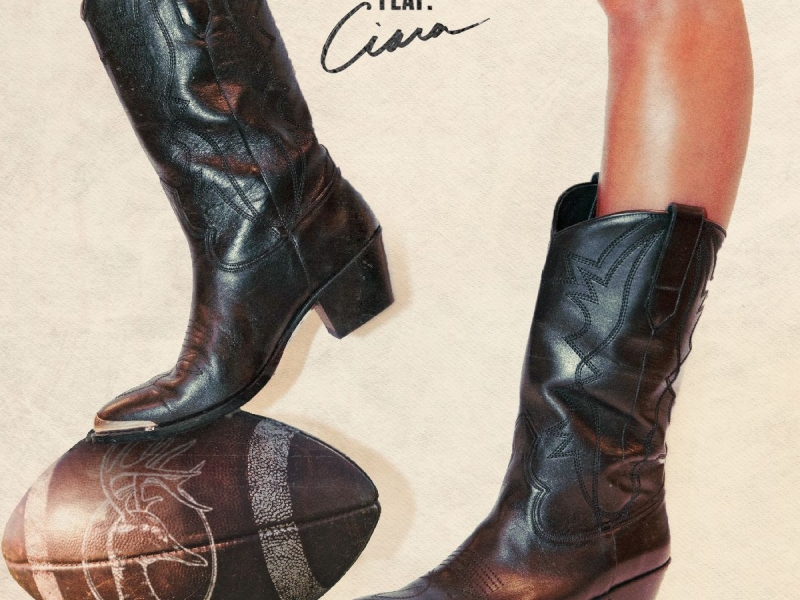 NASHVILLE, Tenn. – Monument Records' singer/songwriter and country music sensation Walker Hayes enlists GRAMMY Award-winning singer/songwriter and superstar Ciara for a special version of his current single “Y’all Life.” The irresistible track adds a new layer of excitement as Ciara chimes in with a verse of her own. Stream “Y’all Life (feat. Ciara)” HERE.

“Y’all Life” is a quintessential song about the easy-going, loosened-up way of life in the south. Originally released in August, the track was Hayes’ highest streaming debut to date – no small feat for an artist that has accumulated over a billon career streams and had the No. 1 song on the Billboard Hot Country Songs chart for over six months last year.

After kicking off his headlining arena tour this fall, Hayes began playing “Y’all Life” to sold-out crowds across the country. A crowd favorite, he quickly realized how much fun it would be to add a second voice to the track, one who could offer another perspective on growing up in the south. Having met pop superstar Ciara last year while performing on Dick Clark’s New Years Rockin’ Eve, he knew he had to collaborate with her someday.

No stranger to pop and hip hop influences in his music, Hayes has always embraced other genres. It’s a style that Billboard praised as “personal soul-bearing storylines; rolling rhymes; and Macklemore-like cadence.” So it was a no brainer for him to ask the pop sensation if she would jump on the track.

“Ciara is not only one of the most talented artists in the business, she’s one of the nicest” says Hayes. “When I got the crazy idea that she may want to write a new verse for ‘Y’all Life’ I definitely said a few prayers that she would say yes. She adds the perfect perspective to the track…and some much-needed swag.”

The GRAMMY-Award winning singer/songwriter, originally from Texas, knows the importance of Football and Jesus in the south. On the track she sings “it ain’t nothin better than them Sunday night lights every night,” while adding her impeccable vocals to the chorus that sings “livin’ that y’all life, y’all’ rollin’ in the south where it’s all football and Jesus.”

“I’m a southern girl and have always felt a connection to country music,” says Ciara. “When I met Walker I immediately knew I wanted to work with him. Beyond his incredible song writing, he has an amazing stage presence.”

Tonight, Hayes is being honored by CMT as a “CMT Artist of the Year” alongside Kane Brown, Luke Combs, Cody Johnson and Carly Pearce. The iconic network celebrates five artists who have collectively dominated the past 12 months in country music with an awards show that will premiere on CMT at 9PM ET/8PM CT. Ciara and Hayes will open the show with a performance of “Y’all Life (feat. Ciara),” debuting the collaboration to a national audience.
About Walker Hayes:
Monument Records recording artist Walker Hayes is a singer/songwriter originally from Mobile, Alabama. Last year, his smash hit “Fancy Like” topped every country music sales and streaming chart, spent more than six months at the No. 1 spot on the Billboard Hot Country Songs Chart, hit the top 5 on Billboard’s Hot 100 Songs, hit No. 1 at country radio, and gave Hayes his first GRAMMY Award nomination as an artist for Best Country Song. The song was also featured in a nationwide Applebee’s commercial. That track, as well as follow up single “AA,” and new song “Y’all Life,” have made Hayes one of the top selling and streamed artists in country music.

Hayes has performed his music, including the Double-Platinum RIAA certified hit “You Broke Up With Me,” to national audiences on Good Morning America, Late Night with Seth Meyers, The Tonight Show Starring Jimmy Fallon and TODAY, and he was profiled for CBS Sunday Morning. He is currently on his headlining arena tour, the Glad You’re Here Tour , which is the same title as the book he released with his best friend, Craig Allen Cooper, detailing his journey to finding Christ.
About Ciara:
Ciara is a GRAMMY Award-winning singer/songwriter, entrepreneur, and philanthropist. Over her seventeen-year career, she has sold over 23 million records and 22 million singles worldwide, including chart-topping hits “Goodies,” “Ride,” “Oh,” “1, 2 Step,” “I Bet,” and “Level Up.” Ciara is not only known for her vocal talent and dance moves (her videos have been viewed over 2 billion times), but she has starred in both film and television roles. Ciara is the founder and CEO of Beauty Marks Entertainment (BME), a company at the vanguard of the fast-changing music industry. With a business model built on fully supporting the artist, the female-led enterprise places Ciara at the forefront of forward-thinking entertainers taking an entrepreneurial approach to their careers. To that end, the company positions music at the intersection of Ciara’s other passions: film, fashion, philanthropy, and technology. And as part of her ongoing philanthropy work, Ciara sits on the board of the Why Not You Foundation, a charity launched by her husband Russell Wilson dedicated to fighting poverty through education, empowering youth to lead with a ‘why not you’ attitude. Most recently they became New York Times Bestselling authors with the release of their first children’s book “Why Not You” (Random House) which was inspired by the work they do through their foundation.###