WALKER HAYES HITS NUMBER ONE AT COUNTRY RADIO WITH “FANCY LIKE” 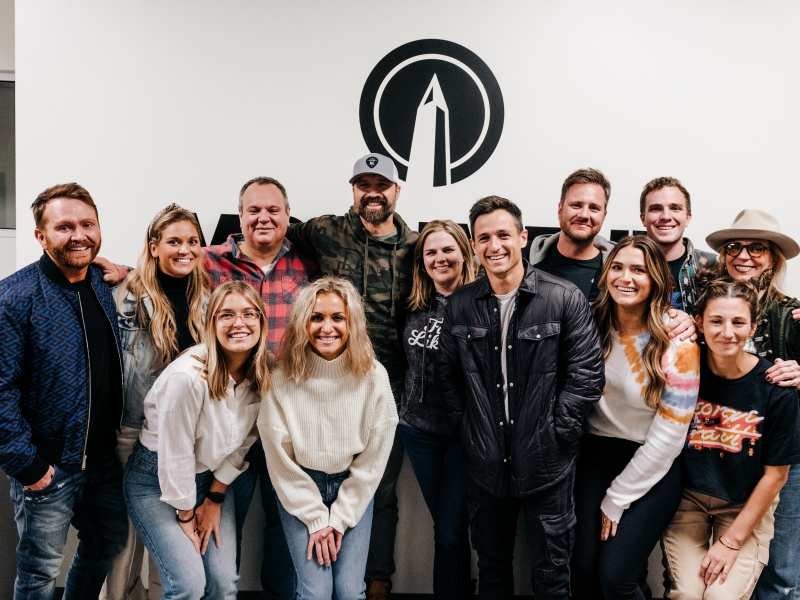 NASHVILLE, Tenn. – Walker Hayes sends his smash hit “Fancy Like” to the number one spot at country radio, officially earning his first number one.

“Country radio, you hung the moon,” says Hayes. “This is the ‘we did it’ moment for Laney and me. No matter what I say, you won’t be able to know how grateful I am. Thank you for a hundred chances…now I’m Fancy Like #1!”

“Fancy Like” made history when it jumped from #17 into the top 10 at country radio back in October, making it the biggest jump into the Top Ten on the Mediabase Country chart in 17 years. Now it makes history as Hayes, and Monument Record’s, first number one at country radio.

“When Walker Hayes walked up to me at Smoothie King almost 7 years ago, he hoped I would change his life, but he ended up changing mine,” says Monument Co-President Shane McAnally. “I have learned more about perseverance and passion and heart from him than any artist I’ve ever known. I am so glad to see his name at the top of the chart where it has always belonged.”

“When we launched Monument, we picked Walker Hayes as the artist to do it with for a reason,” continues Monument Co-President Jason Owen. “Walker has always written songs that transcend boundaries, and we knew it was only a matter of time for this moment to come.”

Written in response to fans thinking his life was more lavish than it actually was, “Fancy Like” has taken Hayes to audiences across the globe, spawning collaborations with Kesha and Carin Leon, television appearances, and iHeart festival slots, and has become one of the fastest certified Platinum singles of 2021. Stereogum calls the track “the biggest country crossover hit of 2021” and “The TODAY Show” called it “the song of the summer.”

“Walker Hayes is a one-of-a-kind artist,” says Monument’s VP of Radio Promotion Luke Jensen. “This is only the tip of the iceberg of what he will achieve in the years to come.”

“This number one really represents what Monument is about,” continued Monument’s General Manager Katie McCartney. “Collaboration across all our departments – radio, streaming, press, and marketing – and an unwavering belief in who our artists are.”

Last week, Hayes announced that he is setting out on The Fancy Like Tour, kicking off in Grand Rapids, MI on January 27.

About Walker Hayes
Monument Records recording artist, Walker Hayes, is a singer/songwriter originally from Mobile, Alabama. His song “Fancy Like” became a smash sensation in summer 2021 thanks to a TikTok video featuring Hayes and his daughter Lela. The video has been viewed over 30 million times and been incorporated into Applebee’s ad campaign. Spending 17 weeks at the number one spot on Billboard’s Hot Country Songs, the track is now in the top 5 on Billboard’s Hot 100 Songs. It is officially RIAA certified Platinum.

The proud father of six has performed his music, including the Double-Platinum RIAA certified hit “You Broke Up With Me,” to national audiences on “Good Morning America,” “Late Night with Seth Meyers,” “The Tonight Show Starring Jimmy Fallon,” and “The TODAY Show.” Hayes has joined the likes of Kelsea Ballerini, Dan + Shay, Thomas Rhett, and Old Dominion on tour, as well as headlined dates of his own.