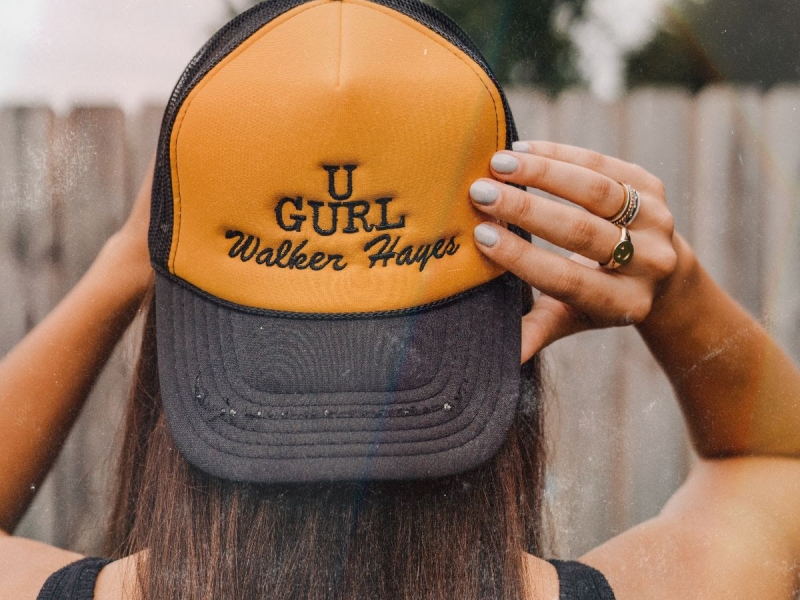 Listen to “U Gurl” HERE.

The new song follows his smash hit, “Fancy Like,” and just like that infectious track “U Gurl” continues the fun with an instantly catchy hook inspired by Hayes’ love for his wife, Laney. That everyday relatability combined with sonic earworms are the reason fans continue to search out Hayes’ music.

“With ‘U Gurl’ we wanted to capture that feeling when you look at your significant other and you just can’t take your eyes off them, yet in a fresh way,” shares Hayes. “I get that feeling every day when I look at my wife.”

“U Gurl” is the type of song that led Billboard to compare Hayes’ style and “rolling rhymes” to GRAMMY winner Macklemore, and the Washington Post to opine “Hayes has broken into the mainstream by sounding different.”

Written by Hayes, with Dylan Guthro and Jodi Guthro, and produced by Dylan Guthro, the song is available everywhere now.

Catch Hayes’ debut performance of “U Gurl” during a livestream tonight (10/15) from his show in Waco, Texas. The stream starts at 10:00pm CT on Hayes’ channels. (Tune in on Instagram or YouTube.)

Hayes current radio single “Fancy Like” has been atop every country streaming and sales chart since its release in June. The track has spent a whopping thirteen weeks, and counting, at the number one spot on Billboard’s Hot Country Songs, is among the top 5 on Billboard’s Hot 100 Songs, top 5-and-climbing at Country Radio, and top 10 at Pop Radio.

Written in response to fans thinking his life was more lavish than it actually was, “Fancy Like” has taken Hayes to audiences across the globe, spawning collaborations with Kesha and Carin Leon, television appearances, and iHeart festival slots, and has become one of the fastest certified Platinum singles of 2021. Stereogum calls the track “the biggest country crossover hit of 2021.”

About Walker Hayes
Monument Records recording artist, Walker Hayes, is a singer/songwriter originally from Mobile, Alabama. His song “Fancy Like” became a smash sensation in summer 2021 thanks to a TikTok video featuring Hayes and his daughter Lela. The video has been viewed over 30 million times and been incorporated into Applebee’s ad campaign. Spending twelve weeks at the number one spot on Billboard's Hot Country Songs, the track Recently landed in the top 5 on Billboard’s Hot 100 Songs. It is officially RIAA certified Platinum.

The proud father of six has performed his music, including the Double-Platinum RIAA certified hit “You Broke Up With Me,” to national audiences on Good Morning America, Late Night with Seth Meyers, and The Today Show. Hayes has joined the likes of Kelsea Ballerini, Dan + Shay, Thomas Rhett, and Old Dominion on tour, as well as headlined dates of his own.