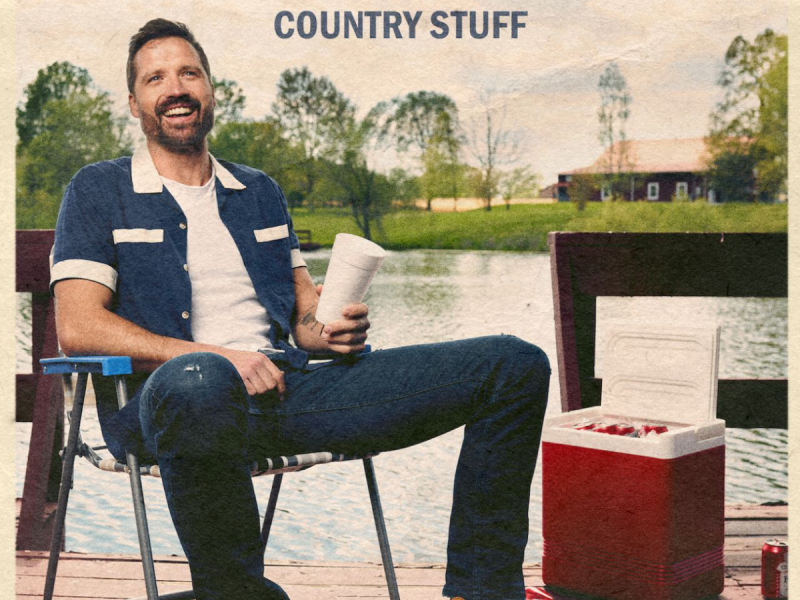 NASHVILLE, Tenn.  – Walker Hayes makes history with smash hit “Fancy Like” as it skyrockets up the country radio charts. This week, the track jumped from #17 into the top 10, landing at #8, making this the biggest jump into the Top Ten on the Mediabase Country chart since Gretchen Wilson’s “Redneck Woman” 17 years ago, in early 2004.

“Fancy Like” topped the country streaming and sales charts – including SiriusXM’s The Highway’s Hot 30 Weekend Countdown, the Shazam Global Country Chart and the iTunes All Genre Chart – upon release. The song has spent eleven straight weeks, and counting, at the number one spot on Billboard’s Hot Country Songs and this week, is number 5 on Billboard’s Hot 100 Songs.

Written in response to a fan presuming Hayes and his family of eight’s lifestyle was more glamourous than their own, the Hayes set out to debunk that misconception. Singing of the date nights at Applebee’s that he and his wife have been enjoying since high school, and the oh so delicious Oreo Shake (which Applebee’s has since brought back to the menu due to high demand from fans of the song), Hayes told Southern Living “the inspiration behind the song was living and relishing the everyday things in life.”

After the release of the track, CNN reported that Applebee’s sales grew 102% in the months following and Applebee’s CEO John Peyton said “Applebee’s posted its best quarterly [same-store] sales performance in over a decade.” Because of the boom, Applebee’s brought back the Oreo Shake referenced in the song, and featured the track, and Tik Tok dance Hayes did with his daughter Lela to kick off the song’s success, in a nationwide commercial.

In June, NBC’s Today Show called “Fancy Like” the “Song of the summer.” With country radio’s help, it’s safe to say that is proving to be true.

His recent EP Country Stuff includes the RIAA certified Platinum smash hit “Fancy Like,” which has topped every country streaming and sales chart since its release, and has spent 8 weeks and counting at the number one spot on Billboard's Hot Country Songs. Called “the song of the summer” by the TODAY Show, the track is now in the top 10 on Billboard’s Hot 100 Songs. Propelled by the TikTok dance Hayes made to the song with his teenage daughter, “Fancy Like” has been used over half a million times on the app, with that original, homemade video, racking up over 30 million views and being used in a national Applebee’s campaign.

Continuing to break boundaries, a new version of “Fancy Like” that features GRAMMY-Award nominated, pop superstar Kesha, is out now.

Hayes’ debut album boom., co-produced by multi-GRAMMY Award winning producer and songwriter Shane McAnally, led Billboard to praise his “personal, soul-bearing storylines; rolling rhymes; and Macklemore-like cadence,” and the Washington Post to write that “Hayes has broken into the mainstream by sounding different.”

The proud father of six has performed his music, including “Fancy Like” and the Double-Platinum RIAA certified hit “You Broke Up With Me,” to national audiences on Good Morning America, Late Night with Seth Meyers, and The TODAY Show. Hayes has headlined multiple tours on his own, as well as joined the likes of Kelsea Ballerini, Dan + Shay, Thomas Rhett, and Old Dominion on tour.