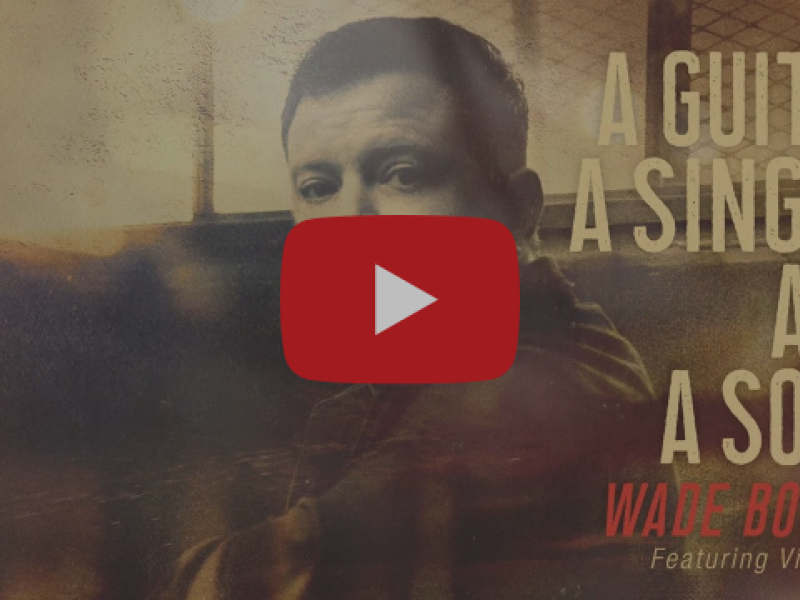 New Track Featured on Somewhere Between The Secret And The Truth,
Set for Release August 12 via Thirty Tigers

NASHVILLE, Tenn. – A renowned singer-songwriter in his own right, Wade Bowen teams up with the incomparable Vince Gill for his latest release, “A Guitar, A Singer and A Song,” available everywhere now. The release follows lead single “Everything Has Your Memory” as a further preview of the Waco, Texas native’s forthcoming album Somewhere Between The Secret And The Truth, scheduled for release on August 12 via Thirty Tigers and available for pre-order HERE.

Embracing the theme of every songwriter’s quest for an enduring legacy, Bowen notes that the closing verse sung by Gill offers the crux of the ballad’s concept; “The whole point of doing what we do is to not be forgotten, to try to leave a mark on the world with a guitar and with your songs and with your voice. We don’t think about it until we get a couple decades into our career: ‘Have I done enough that people will remember me?’”

So I’ll write you a thousand songs
And I’ll play you a thousand shows
It’ll feel like a thousand years
Some will remember me and some won’t
But I know why I do what I do
And I’m in ‘til the day that I’m gone
And I pray when they speak my name that I live on
In a guitar, a singer and a song

“I love that this song got written because it seemed for a second there that it was not meant to be,” adds Bowen of the writing process with his GRAMMY Award-winning co-writer Lori McKenna, who also features as a duet partner on another track on the album. “When I brought the idea to Lori, of course she’s the kind of person that was just like, ‘oh yeah, I see what you’re talking about there.’ I’m so thankful for her friendship that helped turned this idea into the right lyrics.”“Wade is a great artist and this is a great singer, singing a great song,” adds Gill. “That never goes out of style. I'm grateful to be a part of it.”Fans of Bowen’s heartfelt lyrics and star-studded collaborations can look forward to the August 12 release of all 12 songs on Somewhere Between The Secret And The Truth and can catch Bowen performing these new songs as well as his extensive catalog of hits two decades in the making at shows across the country this summer.

Seen as one of the genre’s finest and most genuine modern voices, Bowen’s approach stays rooted in tradition, but also stands on the creative cutting edge. His focus remains on writing unique songs with a literary quality and shifting his sonic territory to match his life, as evidenced by uplifting lead single “Everything Has Your Memory” and new release “A Guitar, A Singer and A Song” (featuring Vince Gill) off his forthcoming album, Somewhere Between The Secret And The Truth, set for release August 12 via Thirty Tigers.